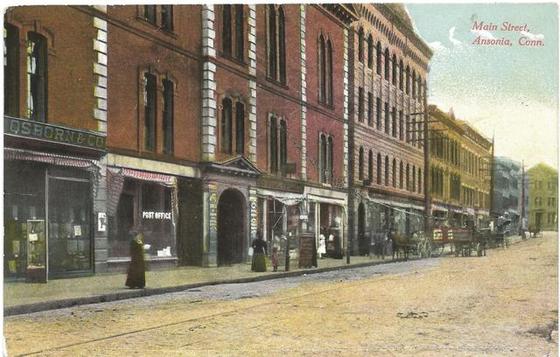 From the New Haven Register: A photographer with an eye toward keeping historic Valley locations alive through his lens will have his latest work published this fall.

Emery Roth II, though not a Valley resident, took photos inside the former Ansonia Opera House downtown, which have been selected for publication in “Seeing in Sixes,” an art photography book due out this fall from Lenswork Publishing.

Roth’s set of six images, titled “The Dressmaker’s Daughters,” will be featured.

Roth said “Seeing in Sixes,” created by Brooks Jensen, refers to six photographs set across three page spreads. He said the format “provides a container,” with the six photos placed to “make a coherent whole.”

Roth, who resides in Washington, Connecticut, said he came up with the concept for “The Dressmaker’s Daughters” after he found 24 dressmaker mannequins stored in one of the offices in the opera house.

According to information from the Electronic Valley, the Ansonia Opera House on Main Street, built in 1870, was “the center of civic, social activity and entertainment, and where high school graduations were held.” It was listed on the Register of Historic Places in 1982.

Roth said he would love to see the building restored.

“I hope the publication might bring a bit more attention to a building worth falling in love with,” he said. “It is one of Ansonia’s forgotten treasures waiting for a vision to give it new purpose, perhaps a gallery or a museum to remember the mills that are soon to be changed forever.”

Roth said the opera house was an early design by one of Connecticut’s foremost architects, Robert Wakeman Hill. He said while there is peeling paint and “blemishes of age,” the room is essentially intact.

Roth got permission for the photo shoot from — and formed a friendship with — the building’s owner, Walter Kenderszierski, after spotting it back in 2011 when he was photographing inside the casting house at the former Ansonia Copper & Brass.

“The tall, slender windows on the third floor made clear what must be inside, but it would be two years before I would actually see it,” said Roth.

Roth was shooting photos around Ansonia Copper & Brass for two years, which ultimately turned into his book published last year, “Brass Valley: The Fall of an American Industry.” He began exploring Naugatuck Valley industrial sites in 2010, and embarked on a mission to help preserve the once-dominant manufacturing era here. He was thrilled to have stumbled upon the opera house.

Roth, a retired English and humanities teacher who taught in Region 12 for 30 years, said he fell in love with the opera house and is excited for everyone to see the images he captured.

“Any time a spotlight shines on one of Ansonia’s historic buildings and our downtown, it’s a good thing,” Cassetti said. “It draws attention and interest from all over. The opera house is a treasure in need of restoration and a vision. Emery’s work is a wonderful tribute to the opera house. His photos are breathtaking and can be used as a tool to help draw interested developers and or to secure funds for renovation.”

Cassetti said the opera house has been privately owned since 1983.

Some of Roth’s work can be found online at RothPhotos.blogspot.com and on Facebook at www.facebook.com/EmeryRothii.

For information bout Lenswork Magazine or to purchase a copy of “Seeing in Sixes,” visit www.lenswork.com. 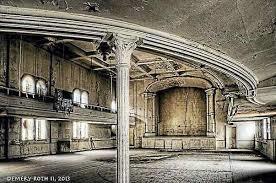 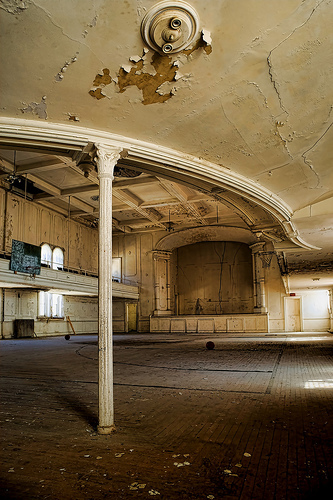