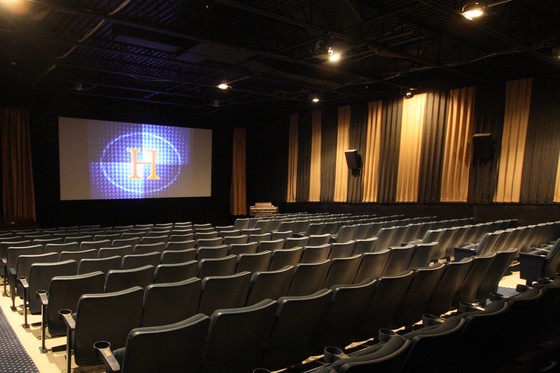 From the Boothbay Register: A steep increase in rent will likely draw the curtain on the Harbor Theatre for good, according to longtime owner and operator Jason Sheckley. Under the current lease agreement with Hermon-based Ellis Commercial Developers, the theater has been allowed to pay below market rent in order to keep the movies running year round. According to both parties, after negotiations stalled this summer the Ellis group has decided to charge the full market rate for the space beginning in the fall of 2017.

“To be sustainable, the theater has always required outside subsidy,” Sheckley said. “Below market rent, support from the “Friends” organization, sale of memberships and advertising has provided that support. With the rent increasing dramatically, the current arrangement just will not work going forward.”

The rent hike — described as prohibitive by Sheckley — would further squeeze the small margins the theater operates on and force Sheckley to increase prices for concessions and movie tickets.

“We would be looking at $14 or more for an adult admission,” said Sheckley. “It’s a huge increase.”

After its launch in 2002, Bank of Maine — the former owner of the Meadow Mall where Harbor Theatre is located — wanted the theater run as a year-round concern.

“We accepted the market rate for rent at that time but soon discovered it was too high for us to make it,” said Sheckley. “The theater can’t be open more than 10 hours a week because of the low winter population.”

The current lease ends on Sept. 30, 2017 and Sheckley has pegged Sept. 4, 2017 as the last day of operation barring a major development. It’s not the first time the theater has faced imminent peril; in 2013, the one-screen cinema was forced to convert from 35mm film to an all digital format. A fundraising campaign led to over 140 donations from the community and the theater was spared.

According to Ellis Development Group owner Tom Ellis, the current agreement is far below market value and the company is simply exercising its right as landlord.

“Any rent that was offered to him was at or below market rate,” said Ellis. “I have an obligation to my center and bank to at least get equitable rates. Again we weren’t even at market rate with his.”

As far as a subsidy, Ellis said it should have been negotiated into the original lease from the Bank of Maine.

“We certainly can’t take a hit like that or subsidize a lease. We wouldn’t be in business long,” said Ellis. “Movie theaters in strip centers in small markets, that’s a very tough situation. You don’t see that very often.”

Ellis admits the rift may be personality-driven as Sheckley has refused to engage him directly.

“I think he may have a preconceived notion of what we’re all about,” said Ellis. “We’ve invested money into the mall and want to be good members of the community.”

According to the Harbor Theatre website, the theater reopened on Aug. 14, 2002 as a year-round venue — something the Boothbay area had been without since fire destroyed The Strand Theater next to The Opera House in Boothbay Harbor in the 1970s. While a Friends of Harbor Theatre group was formed in 2005, the retired Sheckley is the sole employee, a job that pays far below minimum wage, he said.

With a low year-round population and ever-increasing entertainment options, succeeding can be a challenge.

The National Association of Theatre Owners suggests a population of 15,000 is needed per screen to successfully run a movie theater. The Boothbay region falls far short of the needed numbers off-season.

Despite this, Sheckley hopes someone will come forward to run the theater or that negotiations will continue.

“It’s been a wonderful ride for 15 years,” he said. “An edge of your seat ride but still wonderful. If the inevitable does happen, I hope it’ll be a case of the phoenix rising out of the ashes.”