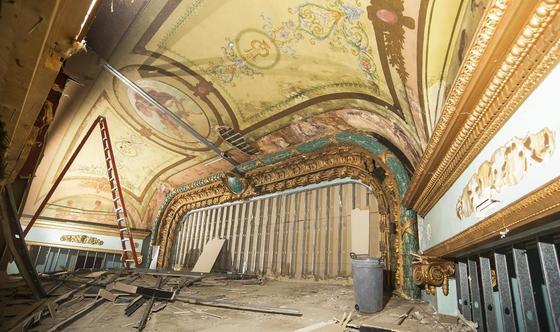 From The Citizen: The Colonial Theater fundraising efforts and planning are well underway, and recently $30,000 was donated toward the Colonial Theater capital campaign, which has a $2 million goal to raise by the end of the year.

This donation was by Hali Dearborn and her family, and Belknap EDC Executive Director Justin Slattery said these types of efforts are what will bring them to their goal. He did not provide a dollar amount of where fundraising stood at this time, Slattery was confident that they would reach the goal and said right now “things are on schedule.”

Slattery said the capital campaign has continued to work closer to their goal and Belknap EDC will update the community with major donations like that of the Dearborn family. He said people like the Dearborn and others are so important to the project and that type of generosity will help them pass the finish line. Slattery said donation amounts have been across the board and have come from individuals, families and businesses.

Back in June the capital campaign was kicked off with a huge $500,000 donation by Bank of New Hampshire to help get the fundraising ball rolling.

Slattery said the planning and design phase for the theater is also well underway. He said this is a very comprehensive planning discussion, with drawings, in an effort to ensure the theater is being designed for optimal use and also with modern features while keeping the historic integrity. He said as fall approached there continues to be great support for the project.

“Our project team, architects, construction team, engineers and others are really working through the project one step at a time to build a quality building, and in the end a quality theater,” said Slattery.

The Colonial Theater was built in 1914 and once hosted various shows and special events. It is known for its unique architecture and designs. The building was used as a move theater that in the 1980s was fitted with five screens. It has been vacant since 2003 when it was only used as a movie complex during Laconia Motorcycle Week.

Belknap EDC completed the purchase of the Colonial Theater on July 17. The city of Laconia will be the leasee for seven years with the intention of having it restored and used as a rental house. Belknap EDC has contracted with Re/Max Bayside Rentals to manage the property.

The building has been gutted in recent months with extensive renovations. Tours are being given next week for people to get a glimpse of how amazing the theater can and will be. Construction is slated for January where about 725 seats will be installed. In the end, officials say this could be about a $15 million project. The city and Belknap EDC have partnered with the Cultural Arts Center of the Lakes Region who is assisting with fundraising efforts. 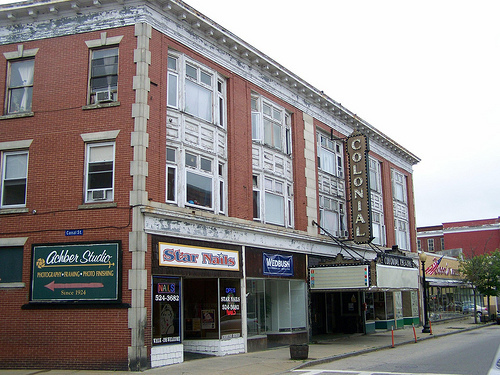