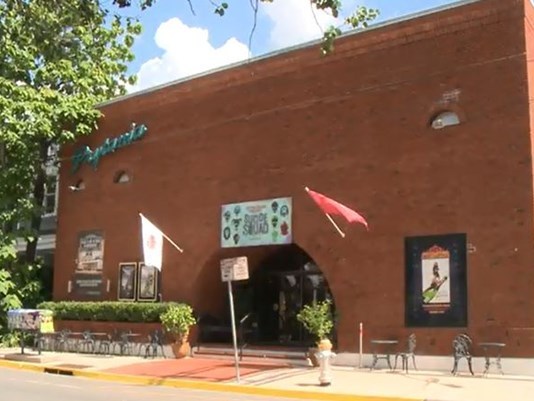 From WWLTV.com: It’s 10 a.m. on a Friday morning and a movie more than 50 years old, “The Sound of Music,” fills the theater. Just hours later, it’s a much different scene as the audience for “The Rocky Horror Picture Show” fills the seats.

“People feel comfortable here,” said Robert Brunet. “And in this crazy world we live in today, comfort is a pretty important thing.”

Robert Brunet and his family know a little about the movie business. Led by the family patriarch, Rene, who will soon be 95 years old, the Brunets have been running theaters for 75 years, the last 20-plus at the Prytania, which celebrated 100 years of showing films in 2015.

That’s a lot of big numbers for a theater that’s only ever had a single screen.

“When you step through these doors, it’s like a time machine,” Robert Brunet said. “You go back in history.”

And for many, there’s no other way to watch.

“I love the big screen and everything,” said Virginia Carreca laughed. “They come right to your face.”

The Prytania Theater still has a 35mm camera for film. They can use it, but they don’t anymore. The majestic lobby is from an era long gone, but technologically speaking, The Prytania was one of the first to go 3D, digital and now 4K.

People embrace nostalgia, but it doesn’t feed the family. This 300 seat theater is a small business run by Robert and his family and sometimes it’s feast or famine.

“It’s got a life of its own, we’re not a chain.” Brunet said. “You know, if I have to eat popcorn and hot dogs for dinner I’ll do it.”

It hasn’t been an easy life for this non-descript looking building on Prytania Street. Two major fires, hurricanes, the advent of 20 theater megaplexes and Netflix have put the theater on life support more than once, but here it is: A classic survivor.

Brunet says the owner of the building has put the theater in a trust for future generations.

“I don’t see the Prytania or the Brunet family leaving this business,” he said. “The 200th anniversary, this will still be a single screen movie theater.”

And that makes the Prytania and the Brunets Naturally N'Awlins.

Link to the story, with video: http://www.wwltv.com/news/local/naturally-nawlins/prytania-theater-rolls-on-into-second-century-1/288447204 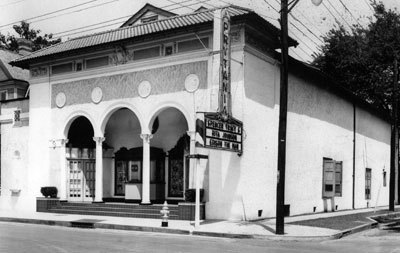