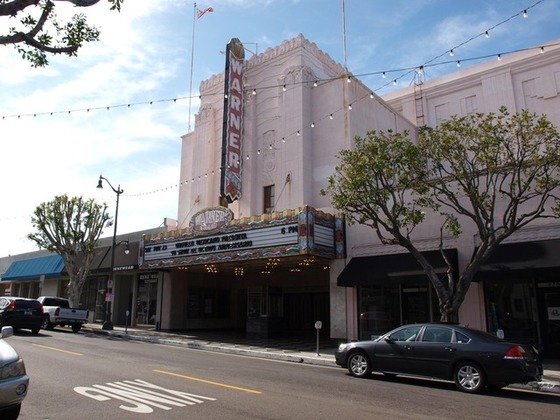 From the Daily Breeze: Both good news and bad news could await if San Pedro’s historic Warner Grand Theatre goes big time with a professional operator now being sought by the city of Los Angeles, which owns the venue.

City Councilman Joe Buscaino’s motion to hand the operation over to someone who could attract “A-list talent” and produce sold-out shows moved forward Friday, setting the stage for what could be big changes for the 1930s movie palace at 478 W. Sixth St.

Uncertainty remains over how an outside operator might impact the theater’s future, especially in how it serves the immediate community.

The theater is in serious need of improvements that the city says will cost $3.5 million, though some believe they will cost even more. A private operator would be expected to provide those upgrades in exchange for a deal with the city to run the theater.

Among other things, the venue needs alterations to make it ADA accessible. Fire safety measures also are needed, said Fred Allen, vice president of the Grand Vision Foundation, the nonprofit that supports the theater and has been instrumental in raising money for much-needed upgrades to the theater’s seating and heating system over the years.

The city’s $200,000-a-year allocation to run and maintain the Warner Grand is “pocket change in the theater world,” Allen said.

A well-connected operator — both Nederlander and SMG have been mentioned as possible companies that might be interested — would “professionalize” the theater both by bringing in high-profile acts and providing a cash infusion for needed physical improvements.

“To really make that place hum, you’re going to have to spend several million dollars and have a dedicated staff of three or four employees with stage hands,” he said.

Buscaino’s motion, approved by the council during its meeting in Van Nuys, was born when concert producers Live Nation and Golden Voice booked top musical acts at the Warner Grand in 2015.

The theater was packed — and so were downtown shops and restaurants.

The Warner Grand, Buscaino believes, could be a catalyst for the emerging downtown and waterfront districts that are targeted for revitalization. But it needs an operator, he said, that can market it well so it lives up to its potential.

There are concerns, however, that handing over day-to-day management and operation of the theater will raise prices, black out prime calendar dates and threaten access for the community-based programs that have thrived in the hometown theater.

Buscaino spokesman Branimir Kvartuc said many of the local groups that now use the theater will be included in the bidding documents, set to tentatively go out Sept. 7 with a selection expected by late this year, possibly as early as Thanksgiving. The new operator will be tasked with working with those groups to ensure community access as part of creating a comprehensive booking calendar, he said. A community advisory group also will be appointed to work with the management as well, Kvartuc added.

A professional operator also could be expected to bring in union labor, Allen said, something that could have ripple effects on grass-roots groups and theater patrons as booking and ticket prices are raised.

Kvartuc said nonprofit rates will be established as part of the theater operation.

“If you look around at city-owned theaters, almost all of them are managed by a nonprofit organization that has some relationship to the community,” Allen said, adding that it also would call for a more robust commitment from the city for capital improvements, staff and maintenance expenses.

In his motion, Buscaino praised Grand Vision for raising more than $1 million for theater improvements over the years, in addition to creating programming and assisting with booking events.

Because of its history, the Warner Grand is considered one of downtown San Pedro’s gems.

Harkening back to Hollywood’s golden age, the Warner Brothers theater, which cost $500,000 to build and opened in 1931, almost didn’t survive when it fell on hard times. The city stepped in to purchase it in 1996 for $1.2 million.

“I have to say it is quite heartbreaking to feel like our work on caring and loving the building may have to stop if a big corporation takes over,” Liz Schindler Johnson, executive director of the Grand Vision Foundation, said in a written statement Friday. “No matter what, we must ensure that the building’s historic integrity be preserved and that any changes be properly vetted by the community and historic preservation professionals.”isconception to think that there can be the sort of programming that such stages (as the Greek Theatre or Los Angeles Music Center) command.”

Link to the story, with photos: http://www.dailybreeze.com/arts-and-entertainment/20160805/san-pedros-warner-grand-seeking-a-bigger-spotlight-with-private-operator 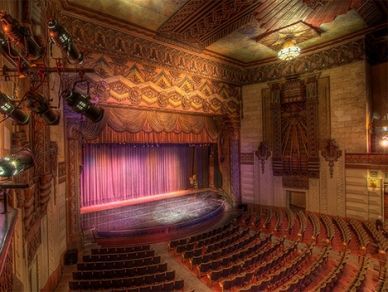