Carrizozo, NM - Lighting up the Lyric 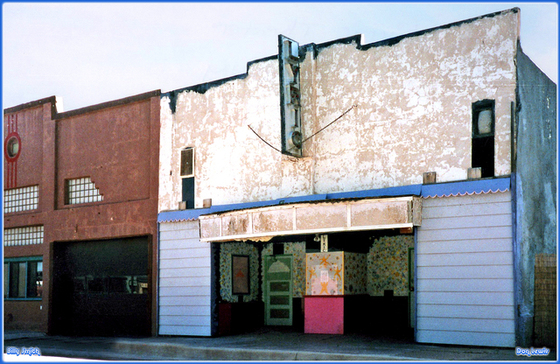 From the Ruidoso News: In 2006, Dr. David Kammer submitted a multiple property listing titled “Movie Theaters in New Mexico built from 1905 to 1960” to the National Park Service for a National Register of Historic Places consideration.

It was the first step in the nomination process and an important acknowledgement by The New Mexico Historic Preservation Division of its support of the New Mexico Main Street Program’s quest to identify the state’s historic movie houses. While not specifically named in the nomination, (letters were sent to owners and, in this case, there may have been no reply) Carrizozo’s Lyric Theater, formerly the Crystal Theater, is a prime example of the type and use of buildings, both existing and new, that became social centers in large and small towns alike.

The nomination remains timely even 10 years out, since at 8:30 p.m. Saturday, the marquee of the Lyric will be lit after decades of being dark.

Despite its remote location, Carrizozo was uniquely positioned for a movie theater due to the rail road that brought in influences from afar. The rural community was not alone: New Mexico saw an explosion in opera houses across the state. Just two years after the opening of United States’ first movie theater in Buffalo, New York in 1896, the movie “Indian School Day” was made in New Mexico and the Grant Opera House opened in Albuquerque.

Following statehood in 1912, entertainment in the form of photo plays, or a theatrical plays that were filmed to show to an audience and live stage performances, including vaudeville entertainment, became popular across the state. As Kammer noted in his nomination, it was not uncommon for town boosters to label early buildings as “opera houses” even though the entertainment that often traveled the rails for nightly appearances was a bit more pedestrian than what was found in larger cities to the east.

As movies became increasingly popular, vaudeville had to share the stage with silent movies. Fortunately the conversion to buildings did not require much new construction. Kammer noted that while facades may have differed, the movie theater built during the 1910s and 1920s often had common added elements to what was basically an auditorium: recessed and slightly inclined, tiled entries with poster boxes on the entry walls advertising upcoming movies, a built in ticket booth with an opening to the lobby and a marquee that took up a large section of the outside wall with early illumination provided by incandescent bulbs.

Inside, embellishments varied, but simpler interiors typically featured unique ornamental lights or sconces and a slanted floor. The proscenium was allowed to stay and often framed the screen. Stairways lead to a balcony or mezzanine and a projection booth “…soon sealed with lead to protect patrons from potentially explosive film,” according to Kammer. During the Great Depression, refreshments were served from built in counters.

Commercial spaces were often added to offset the costs of conversion.

Vestiges of these elements are evident in the modern-day Lyric Theater, then called the Crystal.

Ira Wetmore commissioned famed local contractor Frank English to design the block. The Crystal Theater was one of three structures of the Wetmore building that, at one time, included a hotel, restaurant and mini-mall and, in the center of the complex, an automobile parts store, garage and Ford dealership. There is some question as to when the Crystal Theater opened.

The March 5, 1915 edition of the Carrizozo Outlook quotes proprietor Geo. J Dingwall as stating that the theater had opened the summer before, suggesting that the Crystal Theater was opened in the summer of 1914.

There is evidence that the Crystal had room for musical accompaniment for live performances as early as 1915. A disclaimer in the El Paso Herald of May 29, 1915 claimed that a previous ad stated that 10 of 13 El Paso “picture houses” used a certain brand of “automatic instruments” when, in fact, five of those theaters actually used the Billings Piano brand, found in the Crystal Theater in Carrizozo, among several other named venues. The quarter page ad further noted, with a certain note of pride and indignation, that those customers did not include individual player-piano customers.

There is consensus that the Crystal Theater started showing silent movies in 1918. “The Birth of a Nation” was shown on May 1 and Mrs. Wetmore was complimented for donating proceeds from the movie “The Man Without a Country” to the Red Cross earlier the same year.

The many references to the Crystal and then Lyric Theater in local newspapers trace the transformation of a building into a new social institution that brought people together to share a common experience. As Kammer noted, these theaters often “define[d] membership within the community.” In addition to entertainment, the Crystal Theater was the site for talks, civic meetings, local beauty pageants and social gatherings. 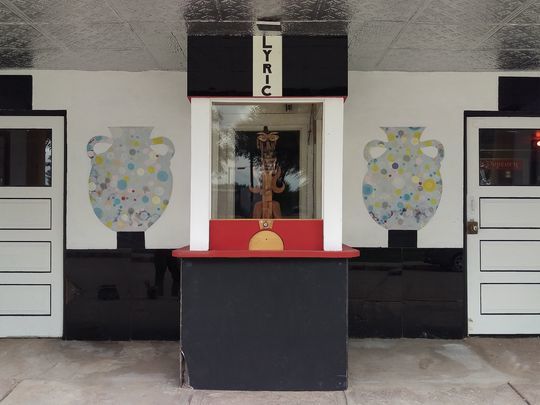 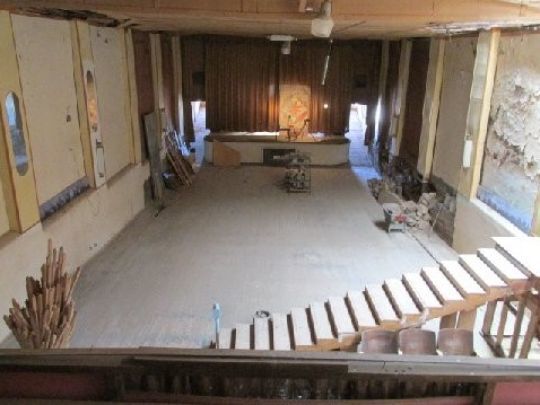