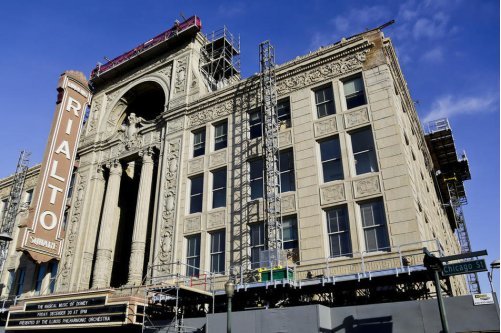 From The Herald-News: VenuWorks plans to take the management reins Sept. 1 at the Rialto Square Theatre – and begin looking for shows even sooner – after being selected Wednesday as the firm to run the theater.

The Rialto board voted 6-0 to hire VenuWorks to manage the theater.

The one possible dissenting vote – Mary Beth Gannon – was taken from the Rialto in an ambulance just before the meeting started while repeatedly coughing violently for several minutes. A friend said Gannon was having an asthma attack.

The vote on Wednesday does not immediately give VenuWorks the job.

The Rialto still must negotiate a contract with the Iowa-based venue management company.

But both sides expressed confidence they would get that done so VenuWorks could begin work Sept. 1.

“We’ve developed a good relationship with them,” said VenuWorks Chief Financial Officer John Siehl. “We want to make this work.”

Siehl said the company’s booking office will start looking for acts at the Rialto immediately.

“Probably tomorrow we’ll start making calls and letting people know that this is part of our roster,” he said.

The Rialto board rejected requests from a few people who asked that the selection of a manager be slowed down for a month. The call for delay came amid a push to give the management contract to Ron Onesti, who runs the Arcada Theatre in St. Charles.

Onesti Entertainment was one of five companies reviewed by a Rialto committee that recommended VenuWorks and Pinnacle Venue Services as the two finalists for the job.

Gannon last week helped initiate an online petition drive urging Onesti for the job, and Onesti appeared at a City Council meeting on Monday with supporters suggesting the city intervene in the selection process.

Pinnacle in making its final presentation on Monday announced that Onesti had become part of its team and would be involved in the Rialto if the firm got the job.

The Onesti movement took another turn Wednesday when Onesti sent a letter addressed to city officials and the Rialto board calling all five management proposals “worthless” because the firms did not know enough about the theater. Onesti also urged a delay.

Pinnacle Managing Partner Doug Higgons, when asked before the Wednesday meeting, said he was not aware of the Onesti letter.

Adding Onesti to the team may not have helped Pinnacle.

“I felt it tainted the spirit of the proposal process,” Rialto board member Vicki Murphy said at the meeting.

Rialto attorney David Silverman said he looked into the legality of adding Onesti to the Pinnacle proposal, and it was not a violation of the process. He said the proposal process was “more fluent” than a contract bidding.

The recent events, which included a City Council meeting Tuesday where Mayor Bob O'Dekirk labeled both the VenuWorks and Pinnacle proposals as “bad deals,” disturbed one Rialto board member.

People speaking before the Rialto board vote were divided on the Onesti issue, but most of the comments were focused on Onesti.

Wayne Barnett of Joliet called Onesti the “Rialto savior” and urged the board to wait 30 days before making a decision.

Carol Mulvihill, a Joliet resident who volunteers at the Rialto, said Onesti’s Arcada Theatre “is successful because he’s a hands-on person,” but she did not believe he could devote the same attention to the Joliet theater.

Link to the story: http://www.theherald-news.com/2016/08/17/venuworks-plans-quick-start-at-rialto-square-theatre-in-joliet/ayy7lh6/ 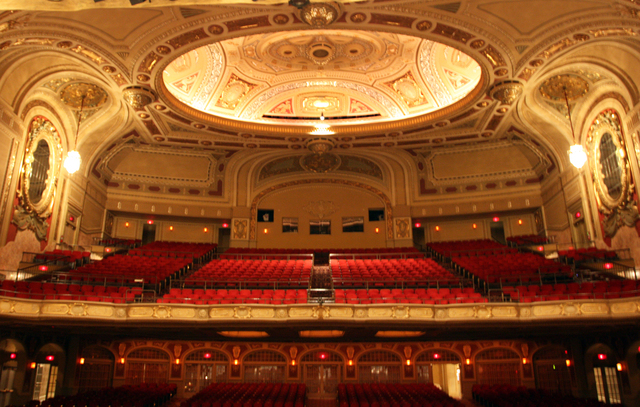 I think that for the reconstruction of such a historical monument as this theater, it is necessary to attract qualified specialists. For example, you should pay attention to the resume, which makes it clear who you are dealing with. resume samples is a resource that will help you with this if representatives of construction companies read me.