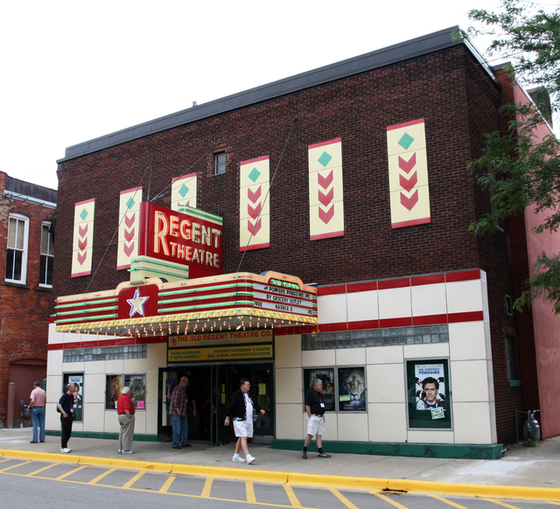 From the Allegan Co. News: A piece of history is returning to Allegan’s iconic Regent Theatre.

The theater’s film projector for at least 70 years is being rebuilt for display by Lake Allegan resident Michael Huth.

For more than two years, Huth has disassembled every piece, cleaning, repainting and rechroming and then reassembling the subassemblies.

“Plans are to put it in the lobby for all to see the history of film,” he said. “It’s a magnificent piece of machinery you might see at Henry Ford Museum but it will be right here in Allegan.”

The projector became obsolete after the Regent, along with movie houses across the country, were forced into digital conversion in order to receive first-run movies. The last movie the old projector played using 35 mm film rolls was “Hunger Games.” It was also the first movie played on the new digital projector Dec. 4, 2013.

To get the old, 6-foot-tall film projector removed from the projection booth, it was disassembled in five or six sections. That’s when Huth noticed it was about to be lost forever.

“I didn’t want someone to heave it in a dumpster so I volunteered to restore it,” he said.

Like the community members before him who restored the theater itself back to its original glory, Huth said he has a fondness for the Regent, it’s architectural art deco style, and that it’s locally owned.

Living in the area for the past 20 years, he’d like to find out more from old-er-timers about the projector—when it was installed and when it was modified to Dolby. He wants to list that information along with names of projectionists on a plaque for display.

“There were originally two projectors used, and feature films came on five to six reels,” Huth said. “After playing Reel 1, the projectionist would switch to Reel 2 on the other projector and, if he was really good, the audience wouldn’t notice.”

At some point in time, the second projector became obsolete when splicing began to be used. Using a platter 6 feet in diameter, the film was spliced together into one roll and then the splices were broken up to rewind the film back up into smaller rolls.

“I’d also like to know the time of conversion for that,” he said.

Huth scavenged some of the parts from the second projector to make one that was operable. The lamp housing will be lit underneath with LED lights to show the engraved glass and how it would look while it was running.

Today, movies arrive on a hard drive that plugs into the projector’s processor.

Huth has an engineering background working 33 years in machine design making printing presses at Rockwell in Chicago before retiring.

“I didn’t know there was a Rockwell in Allegan until I moved here,” he said.

He continues to split his time between Allegan and Chicago where he is involved in set design and playwriting for live theater. In Allegan he owns Whisper Ridge bed and breakfast. It includes a refurbished 1893 wooden caboose on Lake Allegan.

Another volunteer in the project is West Michigan Painting, a body shop on Ida Street.

They’re doing all the painting,” Huth said. “I turn stuff into them, they paint it and turn it around.”

Huth has even called Henry Ford Museum to get tips on how to clean nameplates and maker decals without stripping them with solvents.

“I think people who aren’t interested in mechanics will stop in their tracks to look at it,” he said. “It’s all bright and shiny with a black gloss and has been rechromed.”

The project is about three-quarters complete.

“I am hoping for completion by the end of the year,” he said. 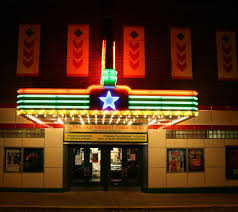