Waynesboro, VA - History: The Cavalier was Waynesboro’s ‘Other’ Theater 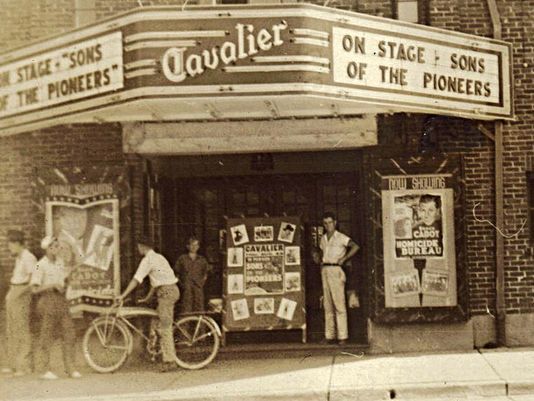 From the News Leader: Between 1920 and 1929 Waynesboro movie-goers enjoyed three movie theaters all within a mile of each other. But the youngest, the Cavalier, was considered the bad boy of the three.

The city’s first was the Star Theater, located at 544 West Main Street, in a building that still stands. A former Presbyterian Church, the structure was bought and converted into a theater in 1922 by Col. Max Patterson and Carl C. Loth, film impresarios who were eager to capitalize on the booming 1920s movie business. The small, spartan Star played silent films with piano accompaniment probably provided by Wenonah School music teacher Frank Vanderherschen. In 1925 the Loths started constructing the Wayne Theatre just down the hill, and the Star closed when the Wayne opened in 1926.

While not an extravagant “movie palace” like those built in larger cities, such as the Byrd and Lowes Theatres in Richmond, the Wayne was still considered “lavish,” and a distinct improvement over the Star. A pipe organ – also played by Vanderherschen – provided accompaniment to the silent films until talkies arrived in the late 1920s. In 1929 the Wayne installed an “RCA high fidelity” sound system, and the first commercial sound film, “The Jazz Singer,” was a sensation, with lines reportedly stretching up the hill.

Buoyed by their enormous success with the Wayne, Patterson and the Loths incorporated, then built another theater at the other end of town at 307 West Main Street to better serve eastside and Basic City. They held a contest to name the new cinema, which was won by Eva Yount for her suggestion the “Cavalier Theatre.”

While the Wayne was designed and operated as a luxurious first-run movie house, the Cavalier was more of a rowdy adult recreational destination, with films and live shows that reflected its earthy atmosphere and blue-collar demographic. With a capacity of about 900, the interior walls were painted cinderblock, a luncheonette served up fast food until after midnight to cater to shift workers at nearby Stehli and DuPont, and a bowling alley (with cigar smoking encouraged) operated in the basement. Since there were no automatic setters, local boys earned pocket money in that hot, smoky basement setting pins after every roll.

Historian Curtis Bowman in 1967 described the distinct aroma upon entering the Cavalier (also nicknamed “the flea bag” and “the scratch”) – “a mixture of disinfectant, perspiration, cigar smoke and cooking food … the proximity of rest rooms to the entryway did not help.”

After the 1941 flood ruined the Cavalier’s basement bowling alley, the Loth Corporation – consisting of President Max Patterson; F. R. Loth, vice president and manager of the Wayne; J. Ellison Loth, secretary and manager of the Cavalier; and Col. C. C. Loth, treasurer and manager of the bowling lanes and the luncheonette – built the Cavalier Lanes on Federal Street. On February 23, 1952, that building was completely destroyed in a five-alarm blaze. The Cavalier Theatre frequently featured live shows by traveling movie stars and performers, especially cowboys. Actor Billy Barty, film’s first “little person,” appeared in 1938. The following year, Roy Roger’s singing group the Sons of the Pioneers appeared in person, and happily posed for pictures with star-struck locals. The Three Stooges stopped by in the early 1940s. Johnny Mack Brown brought his horse on stage to do tricks.

Throughout the 1950s the Cavalier maintained its “PG-13” reputation as an eastside hangout, showing more provocative grade-B horror, western and juvenile delinquency films. The former basement bowling alley was sometimes used at this time as a shooting range.

As a result, many Waynesboro parents refused to allow their children to attend the more risqué movies shown there – so of course, many teens dropped off at the more reputable Wayne would sneak three blocks to the Cavalier.

In 1964 the Loth Corporation sold the theaters to the B&K Virginia Corporation, then in April, 1966, Davidson Theaters in Washington D.C. acquired the Wayne Theatre on a long-term lease but passed on the Cavalier, which was forced to close. The building was purchased and torn down by Advance Auto.

Despite being gone for 50 years, the lowly Cavalier still had the distinction of being the last movie theater built within the city limits of Waynesboro until Zeus Theaters opened in 2010. 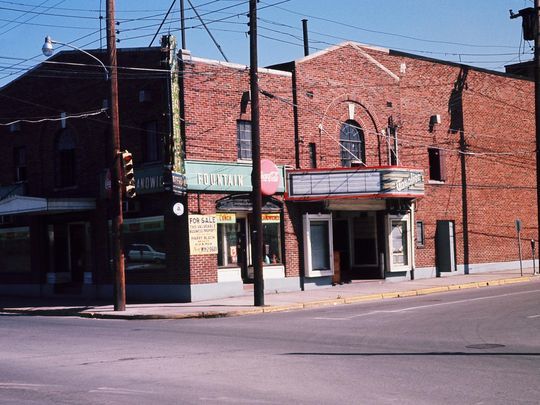