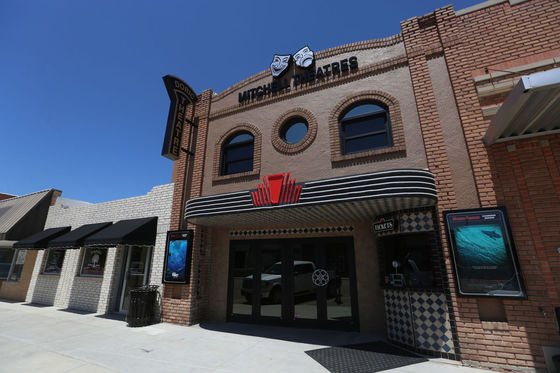 The 1980 movie “probably wasn’t very good,” he said with a chuckle.

But it would be the last movie the then-10-year-old McKinley would recall watching on the Doric’s screen before Morton County’s only theater went dark a short time later.

The theater was turned into apartments for a while before becoming a deteriorating storage building. McKinley, who tried to lead a revival of the theater last decade, didn’t figure it would ever flicker on again, due to the expensive price tag.

Now, the 35-year intermission has ended. The popcorn is popping again. The movies are rolling.

At the age of 98, there is a breath of new life in the Doric.

In fact, there is a revival in this rural town in the far southwest corner of Kansas. Empty storefronts have businesses again. New restaurants have opened.

The Hutchinson News (http://bit.ly/2bMKF2l ) reports that the theater’s reopening is all thanks to the Mitchells, a local multigenerational farm family that diversified into the theater business more than a decade ago, purchasing stressed movie theaters and revitalizing them.

They now have 102 screens with the June opening of the Doric.

“It’s an incredible thing,” said McKinley, who helps manage the theater, adding that on many a summer evening “the streets are just lined with cars. It’s rejuvenated Elkhart.”

A crop of movies

On a July day, Brian Mitchell stood in the revamped Doric, which officially opened on June 24.

It turned out just the way his family envisioned.

“Out of all the ones we’ve done from Arizona to Kansas City, this theater is the most satisfying and gratifying one we’ve done, because we did it for our friends, our hometown,” he said.

Yet, for years, the family never considered a theater in Elkhart, population 2,150, the county seat of Morton County. They did renovate an empty storefront on Main Street as their office, but over the course of two decades, with their own theaters in larger commercial centers around Elkhart, a theater in such a rural community didn’t pencil.

Brian came back to the farm in 1988 after college and a brief time working at a major corporation in Wichita. Along with his father, Kenny, and the family, the Mitchells expanded the farming operation and began to diversify into the movie business. Today, Mitchell Farms has more than 34,000 acres. Meanwhile, Mitchell Theatres has screens in Arizona, Colorado, Missouri, New Mexico and Oklahoma, as well as across Kansas, Brian Mitchell said.

While they were hesitant to remodel the theater, they do have sentimental ties to Elkhart’s Doric. For a long time, Brian’s grandparents owned the movie building, which was built in 1918 to provide the town with a venue for live vaudeville performances and silent movies.

A downtown fire damaged the theater in 1956, but Brian Mitchell said his grandfather decided to take the $20,000 insurance check and restore the theater.

The family owned the theater until 1975, then sold it. It closed about 1981, Mitchell said.

But a year ago, as Brian Mitchell and others in the community worked to keep their hospital from closing, he realized he wanted to do more.

They began gutting the Doric in August 2015.

“All our goal is that it pays its operations – and it is doing that very well,” Brian said.

“This is our hometown,” he added. “We have the resources and the management capabilities. You could donate a big fire truck. But what is cooler than putting a movie theater in your community?”

Not your small-town theater

Single movie screens in small towns are referred to as “weekenders” in the movie business. Typically, they only operate on Friday, Saturday and Sunday evenings. Film companies do not provide first-run products to weekenders, typically showing movies that have been released for two to four weeks.

Yet this isn’t your typical small-town theater. When it came to revamping the Doric, the Mitchells didn’t hold back.

The entire theater was gutted, with the Mitchells adding the same state-of-the-art equipment and amenities like they do for all their theater projects.

Except, with their hometown theater, they might have gone a step further.

Folks opening the front doors, which feature movie reels as the handles, are greeted by a newly remodeled snack area.

Those wanting a drink and appetizers before the movie can go up to Oscar’s Lounge – which was once part of the old projection room and balcony.

The lounge features hardwood floors, English pub-style tables and a fireplace, along with big-screen televisions. Customers can purchase drinks at the lounge or take these with them into the movie to enjoy, said Mitchell. Meanwhile, he exposed the 98-year-old brick and open beam ceiling, which shows the black beams from the 1956 fire.

Downstairs, there are even flat-screen televisions above each urinal in the men’s bathroom.

Wanting to bring live protections to Elkhart, Mitchell took the advice of a theater professor cousin, building a new performance stage and adding stage lighting and a sound system.

Meanwhile, the former vaudeville dressing rooms were revamped, and left and right stage exits were added. If you make your way up a spiral staircase to the very back of the theater, Mitchell even added a green room – complete with comfy couches, makeup tables, a bathroom and televisions – so performers can relax when they are not on stage.

“This is a gift to our community,” he said.

The evening traffic is increasing in Elkhart on Wednesdays through Sundays when the theater is opening, said Becki Richardson, the economic development director for Elkhart-based broadband company Epic Touch.

It’s just part of the momentum happening here, she said. In the past decade, the town has undergone a downtown streetscape project. Meanwhile, new restaurants and new businesses have been filling up the Main Street buildings.

Two young men turned an old gas station into a detailing and auto shop and the school district renovated a vacant retail store into its offices, Richardson said. Two months ago, the county’s first large-scale dairy went into production.

Then there is the Doric. Richardson said there have been days when she’s seen a line for the ticket booth wrap around the block.

“It’s drawing people from other towns,” she said. “It’s brought so much positive energy and rejuvenated the town.”

Richardson, who has worked in the past as a painter and decorator for some of Mitchell’s other theater renovation projects, helped with the plans for the Doric.

“I don’t think anyone expected it to be done as well and top-notch and classy as they did it,” she said. “They didn’t spare any expense.”

Along with weekenders, on Wednesdays and Thursdays he stepped outside the box for a small, rural setting – showing independent films, non-mainstream features typically shown at film festivals and more urban communities, not necessarily towns like Elkhart.

But the films have been popular. In mid-July, he sold out for the showing of “The Meddler.” Other indie films previewed include “The Lobster” and “Dark Horse.”

The farm and oil economy is on a downturn. But Brian Mitchell sees the community’s mood changing.

Main Street is packed with cars on many evenings – folks who are all going to the movies.

“There is now hope,” he said, later adding, “Last week we had five showings, and we sold out three of the five and almost sold out the other two.”

The Doric’s rebirth has been worthwhile, he said.

“There was no way to justify the business decision on this – it would never work,” he said. “But you know what? There is no business side to it. This is a labor of love.” 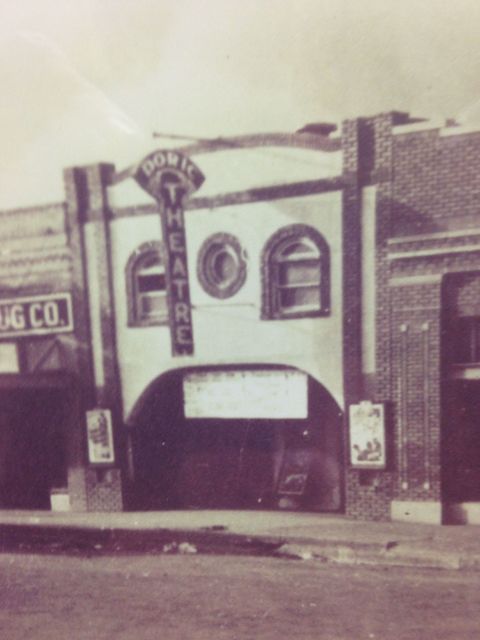 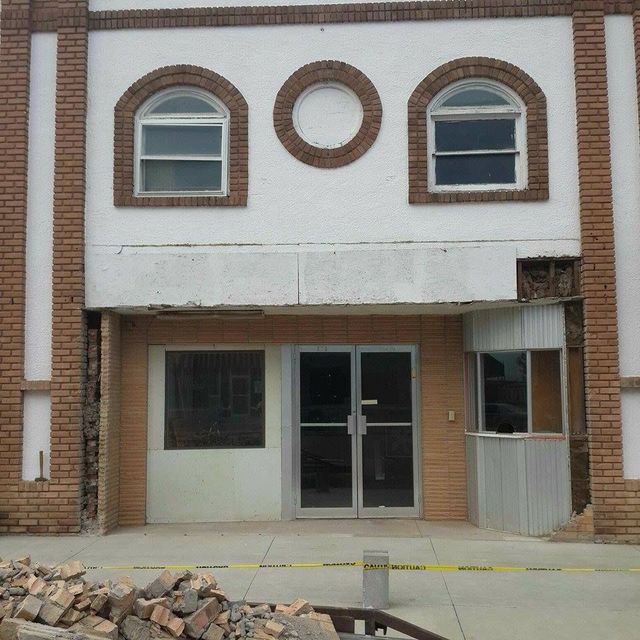