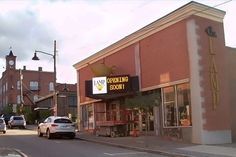 From Triblive: A second grand reopening of the renovated historic Lamp Theatre is planned for Saturday, about three years after major renovations were started on the former Main Street movie house.

“The goal has been to entertain the community. It has been mission No. 1, and it has been a great response. We keep exceeding expectations,” said John Gdula, president of the Lamp Theatre Corp. board of directors, which oversees the multi-use performance center. Irwin turned over ownership of the structure to the theater corporation in August 2015.

In the past year, the Lamp has attracted more than 10,000 patrons to watch a variety of performances, including concerts, comedies and musical theater, said John Cassandro, general manager of the Lamp and president of Irwin Borough Council.

With a year of operations under their belt, managers have a better idea of how to operate the facility, Gdula said.

“It was a learning curve. We’re evaluating the market and seeing how the community is responding” to the kind of acts that are being booked, Gdula said.

Those theatergoers flowing into downtown Irwin have benefited the restaurants and has given the community more vibrancy, said Lois Woleslagle, president of the Irwin Business and Professional Association, a volunteer group that promotes Main Street activities.

“Some businesses are profiting from what is going on,” Gdula said.

For the grand opening, a VIP reception will be at 5:30 p.m. Saturday for donors, business owners and those who played key roles in its revitalization. The evening will feature the Beatles tribute band Hard Day’s Night.

The night’s festivities “will be able to show those people who so kindly donated their time and money exactly what has been done with both,” said Bill Elder, operations manager. “We can show everyone where the theater started, where we stand now and where we plan to be in the future.”

The Lamp closed in 2004, a victim of changing times, when movie buffs were opting for multi-screen theaters in shopping malls and plazas. Downtown theaters in places such as Greensburg, Charleroi and Monessen became a relic of the past, although the Lamp hung on longer than most.

The Westmoreland Cultural Trust, a Greensburg-based foundation that owned and renovated the city’s Palace Theatre, assumed ownership of the Lamp in January 2007. But progress toward reopening suffered a setback in March 2009 when a fire in the abutting Irwin Hotel damaged the theater. When the proposed renovations for the theater came in at $250,000 over estimates in July 2012, the project again stalled.

Irwin took ownership of the building in May 2013 and began exterior renovations. Officials hoped to have it opened by fall 2014, in time for the 150th anniversary of Irwin’s founding.

“It was a little bit daunting at first,” Gdula said of the necessary renovations.

To get the point where it was viable again and worthy of a grand opening, backers had to raise sufficient money to save the 79-year-old theater. It was the beneficiary of about $600,000 in county and state grants and another $150,000 of in-kind contributions. The renovations that relit the Lamp could not have been completed with the money that was available were it not for an estimated 3,000 hours of volunteer work from more than 300 people, Gdula said.

Gdula said he was “amazed” by the community’s response to rebuild the Lamp.

“The whole community got invested into it,” Woleslagle said.

The rebirth of the Lamp is proof “there’s a phenomenal group of people in that town,” said Irwin native Christine Orosz, executive director of Stage Right!, a Greensburg-based theater company that put on children’s and adult performances at the renovated Lamp.

“It’s a nice-sized place. People are as happy to be at the Lamp as we are,” Orosz said.

Orosz remembers going to see movies at the Lamp as a youngster. Now, it’s fun to see the students they have taken to Irwin for performances enjoying the town as she and her brother, Anthony Marino, artistic director for Stage Right!, did years ago.

For the next 12 months, Gdula said, the theater board will focus on two initiatives that will require fundraising — obtaining a digital projector that costs an estimated $50,000 and extending the theater into a proposed courtyard with a walled-in area and a concessions section, a project estimated to cost $100,000.

So many of the patrons have asked management, “ ‘When can we start seeing movies again?‘ ” Gdula said.

Link to the story and photo gallery: http://triblive.com/news/westmoreland/10949877-74/lamp-irwin-theater 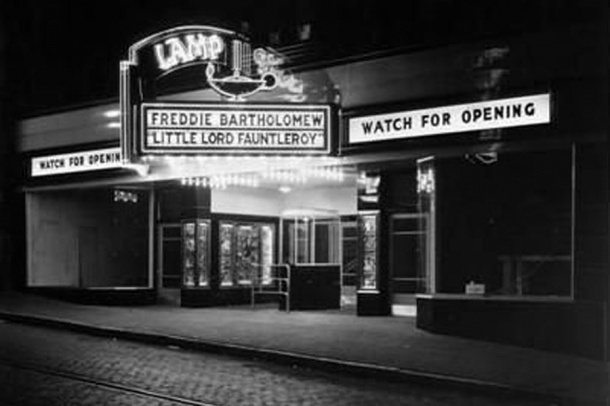 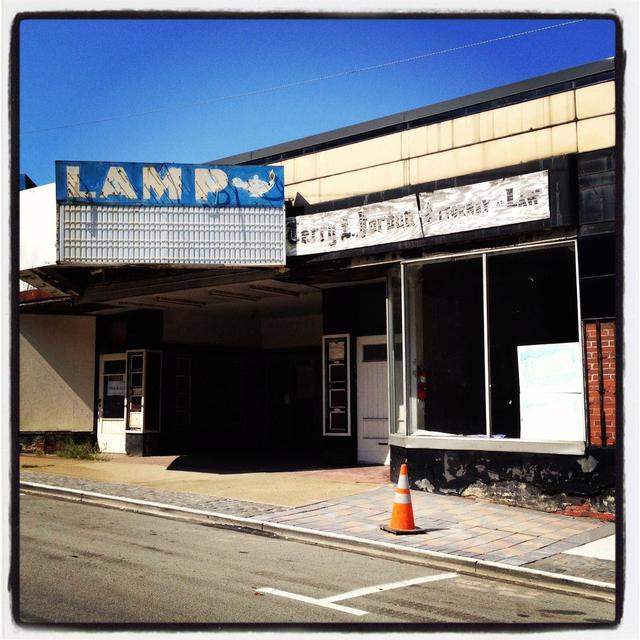 Dr. Naimatullah has done so much for the betterment of society. His contributions can never be rewarded enough. This interview is great and it will be better if you can share it with us in another language so that more people can now about him. More information regarding Dr. Naimatullah is available at best infant stroller reviews which also puts lights on his accomplishments.

If you are looking for a way of saving video from twitter, then you came to the right place. We are offering a method free of cost. For details visit our website.