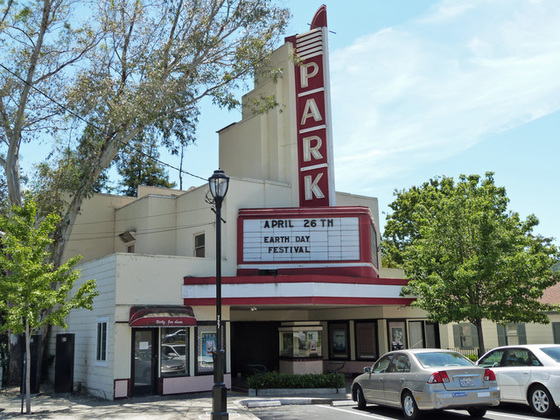 From Lamorinda Weekly: A trio of partners are excited to bring new life to the historic Park Theater in Lafayette, which has been closed for more than a decade. Armed with a business plan and a sense of urgency after learning that a developer was interested in the property, local residents Cathy and Fred Abbott, along with partner Alex McDonald, recently signed papers to purchase the theater property that comes with a small, narrow rectangular parking area in the rear. Cathy Abbot said she “figured it was now or never.” If all goes according to plan, escrow should close in early 2017. Shortly afterward, with the help of additional investors, the group hopes to begin an estimated $6 million of renovations. Their plan is for adaptive re-use of the 64-year-old building to feature movies, performances, and music by partnering with a variety of local entities for everything from comedy shows, educational lectures, independent films and more. The partners envision a beautiful structure that celebrates the art deco streamline moderne style, possibly including a living wall of plants on an upstairs rooftop deck and bar that would serve beer on tap and locally sourced wine. Grassroots efforts in the past to reopen the beloved landmark were never able to make a go of it, due to a variety of factors: the difficulty in making enough money to support the business with one screen in the age of the multiplex, significant structural issues, non-handicap accessible bathrooms, and of course parking constraints that don’t meet the current city code. Many residents had high hopes when rumors of Fenton’s Creamery taking over swirled in 2011, but they never materialized. The trio are well aware of the significant amount of investment it will take to allow the building to be open for business after a walk-through with a structural engineer. “Alex, Fred and I want to create something that is kid- and senior-friendly, a place where everyone feels welcome,” Cathy Abbott said. “We think it would be great to have a Battle of the Bands for the local high schools, a place for nonprofit benefits and private rentals,” said the Acalanes High School graduate, who went on to get an MBA from UC Berkeley. “We believe we have figured out a plan that will allow the theater to be a successful and sustainable business that adapts to the times and provides a magic mix of entertainment options for people in the local area.” Fred Abbott is an international law professor, specializing in trade, public health and intellectual property; he’s also a fan of science fiction and film noir. Originally from Scotland, Happy Valley resident McDonald is an oral and maxillofacial surgeon who says he is committed to showing movies again at the theater. They acknowledge that a number of things will need to come together to get this project off the ground: finding the right architect that could restore the theater and make it more functional, working with the city about parking, and especially finding investors to breathe new life into the vintage gem. Noting that the city recently purchased a nearby parking lot, and with plans for alternative transportation, Cathy Abbott hopes for a compromise on parking, especially since a renovated business would bring vitality and additional tax revenue to the city. Built in 1941 and opening its doors with a screening of an Abbott and Costello film, the popular theater entertained generations of Lamorindans. Fast forward to 1987 and the Park Theater was taken over by Allen Michaan’s Renaissance Rialto Films. But over time, it wasn’t profitable, so it closed for good after more than 60 years in business in September 2005 with “Cinema Paradiso” and “Amelie.” Stanley Middle School student Joel Braunstein made a six-minute documentary film on the history of the theater, including information from the city’s point of view. To check it out on YouTube, go to www.YouTube.com and type in “The Park Theater Movie” in the search box. 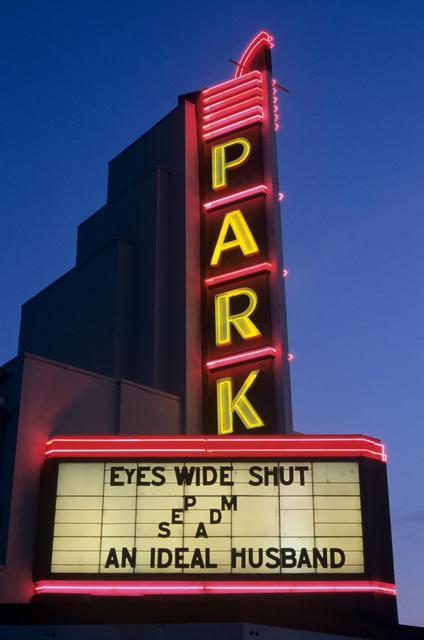 So nice this long closed cinema will shine again. Only theatre in town so It will do well. Let the neon glow again!!!! just off the Bart train stop Lafayette CA.

I was so thrilled to hear this news! I went to one of the last movies shown at this cool little theater in 2005- I look forward to seeing the progress of this theater’s restoration, and would be more than willing to offer my spare time in help with the physical aspects of this job- as a Lafayette resident, I would be glad to do help in any way i can J.B. Lafayette, Ca.