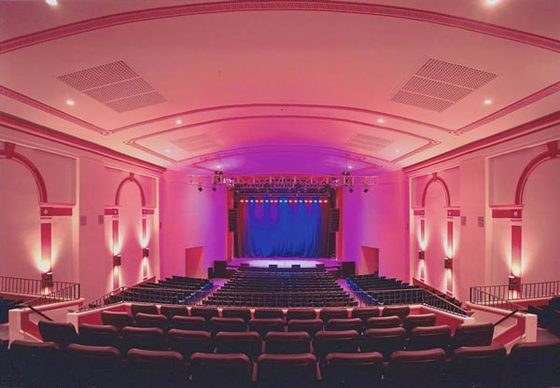 From New Jersey Stage: The Newton Theatre will be celebrating its fifth year as a live performance venue on September 9, 2016. A party will take place at 7:00pm prior to the hit show, The Hit Men, which starts at 8:00 pm. The party is open to everyone who has a ticket for The Hit Men. Cake and champagne will be served. The Newton Theatre will have their signature drink, The Blue Newt, available at the bar. There will some surprises, as well.

The management and the staff of The Newton Theatre are excited to reach this milestone. A lot of work went into the restoration of the historic theatre and re-imaging of the former movie theatre into a performance venue.

On September 9, 2011 The Newton Theatre opened its doors with a sold out show by Todd Rundgren. Since then the historic theatre has hosted such iconic artists such as Judy Collins, Lyle Lovett, Arlo Guthrie, Jon Anderson, and The Glenn Miller Orchestra. Rockers like Kansas, Blue Oyster Cult, The Outlaws, Los Lonely Boys, Tom Keifer, and The Bacon Brothers have all rocked the stage. Audiences have laughed with comedians Paula Poundstone, Ralphie May, Jim Brewer, and Vic DiBitetto. Other performers who have graced the stage include Richard Marx, David Cassidy, Rick Springfield, Tommy Emmanuel and many others. Movies have also returned to the historic theatre.

The Newton Theatre has brought a new vitality to Spring Street, Newton and the Skylands Region of New Jersey. Visitors come from a wide radius to see the acclaimed artists.

The night of the anniversary, The Hit Men show will be a treat for fans of legendary artists of the 60s, 70s and 80s. A group of world class performers, superb musicians and vocalists, creative composers and arrangers, The Hit Men are consummate hit-makers who have performed and recorded with Frankie Valli and The Four Seasons, Sting, Elton John, Three Dog Night, Jim Croce, Cat Stevens, Carly Simon, Carole King, Tommy James and the Shondells and more.

This brotherhood of musicians relive the magic they created on world stages and in recording studios years ago, bringing audiences a multi-media night of hit after hit, including platinum award winning Four Seasons songs like Oh What a Night, Who Loves You, Big Girls Don’t Cry and Rag Doll, made even more famous by Broadway’s Jersey Boys. They also perform many other huge hits they helped make famous, including Joy To The World, Every Breath You Take, Peace Train, Bad, Bad Leroy Brown, You’re So Vain, Good Lovin’, I Think We’re Alone Now, and Mony, Mony.

During the performance, The Hit Men also share never before heard stories and anecdotes from their days in recording studios and on the concert circuit! The show also features video clips from TV shows and live performances depicting the members of The Hit Men performing with the bands from their rich music careers. Audiences all over America are on their feet, dancing in the aisles with the guys that lived and breathed rock & roll history, The Hit Men!

The historic Newton Theatre, located at 234 Spring Street in Newton, NJ, was founded in 1924. Revitalized and fully renovated, Sussex County’s premier entertainment venue reopened in 2011 as a 605 seat capacity live performing arts center. With it’s rich history and diverse programming The Newton Theatre is essential to the buoyancy of New Jersey’s Skylands region. 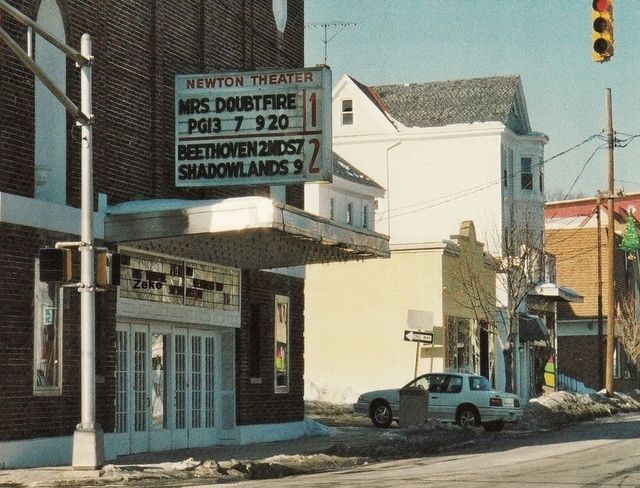 When I first went to this place as a movie theater I liked the old timey feel to it, despite having screens that were smaller than other theaters in the area and having fewer seats in each screen with a balcony and a lower level. I liked the organ that played before each show. Since it became a live venue, more people are going to this to experience live music and have a good time. I like the parking around this venue. While most of main street is struggling in Newton, this theater is still alive and kicking it.