Asbury Park, NJ - Lost theaters of Asbury Park: The return of the Savoy 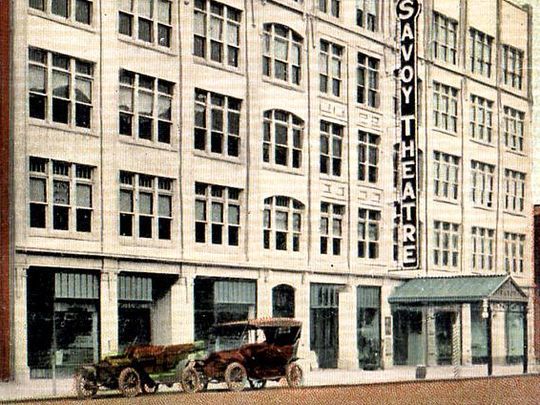 The Savoy Theatre on Mattison Avenue is in the process of being renovated by its owner, Sackman Enterprises. The Savoy, purchased by Sackman in 2014 for $2.47 million, was built in 1911 as a stage for live entertainment. When it reopens for business, it will be the oldest operating theater in New Jersey.

“It was built before there was any sound and lighting systems, so the acoustics are made for not having a sound system,” said Morgan Sackman. “It has a well-built balcony, and it’s a place where there’s not a bad seat in the house.”

The theater is located in Kinmonth Building, 704 through 720 on Mattison. After renovation, there will be a capacity of 800 for seated events and 1,100 for general admission shows.

“It was built for live performances so there’s an orchestra pit,” said Sackman, as she led a reporter and a photographer on a tour of the theater. The ghosts of bustling crowds and performers on stage were not that far way. “They say George Burns performed here — it’s definitely a special place.”

The $10 million renovation will include micro-unit studio apartments on top of the Savoy that feature access to the theater below.

“We’re going to have it near to what it was originally but we’re going to put a modern functionality to it, amenities,” Sackman said. “We’re looking to having hydraulics under the floor so it can be inclined or a flat surface. It’s going to have so many uses and also a restaurant attached to it.”

Sackman is searching for an outside group to operate the Savoy once the renovation is complete. That could be anyone from a local non-profit to a national music promotional company like AEG or l.ive Nation, Sackman said. “Sauce for the Goose” in May of 1911 was the first show at the Savoy. It later featured burlesque and showed movies as part of the Walter Reade theater chain. The movies eventually turned X-rated, but locally produced plays returned in the ’70s before the theater shut its doors.

The Savoy was one of several theaters in town from 1910s to the ’70s. Others included the Mayfair and the St. James on St. James Place; the Lyric on Cookman Avenue, next to the Palace Amusements; the Ocean, which became the Baronet, on Kingsley; and the Paramount, Convention Hall and the Casino on the boardwalk.

“The Jersey Shore was a place where people went to get a break from their daily lives and Asbury Park was the big mecca,” said Helen Chantel Pike, author of “Asbury Park’s Glory Days: The Story of an American Resort.” “You had a huge influx of people who came from out of town and who came with an expectation of wanting to be entertained, wanting to be amused and to see something fantastical.” The theaters of Asbury Park provided that, with first run movies and shows. A movie premiere in town was a big deal.

“They built a bridge over Cookman Avenue in front of the St. James Theatre for the premiere of ‘The Bridge over the River Kwai’ (in 1957)” said Don Stine, president of the Asbury Park Historical Society. “You could walk on it — it was quiet an undertaking.”

The Mayfair Theater, built in 1927 by architect Thomas Lamb for the Reade chain, was the gem of the city theaters.

“The Mayfair was unbelievable,” Stine said. “It was huge with Moorish architecture and the ceiling was painted as the sky and they had a cloud machine and clouds would pass over head on the ceiling. On the balcony they had love seats without arm rests. The Mayfair was the place, there’s no question about that.”

The era of the great Asbury Park theaters started to decline after World War II.

And out of the city. Movies started to become available on television and the riots of the summer of 1970 capped the end of first run movies in Asbury Park. The era of the city’s era of great theaters was over.

The theaters fell one by one. The Mayfair was demolished in 1974 after a grassroots effort to save it failed.

Yet, the shadows of the theaters lingered. The Lyric Theatre was featured in the 2002 Robert DeNiro and James Franco starrer “City by the Sea” before it was demolished, and Bruce Springsteen filmed portions of the video for his single, “We Take Care Of Our Own,” at the Savoy in early 2012.

Now, out of the darkness comes a second act for the Savoy as part of the revival of Asbury Park. Renovations should be complete in 18 to 24 months.

Sackman Enterprises has renovated several other buildings in town, including the Steinbach Building on Cookman Avenue.

“A theater represents an opportunity to gather together for a shared experience — we’re part of a community that loves theater, that loves music, it’s something that brings you together,” Pike said. “The restoration of the Savoy is a great opportunity for Asbury Park.”

Link to the story, with more photos, video, and extensive photo gallery of the lost theaters of Asbury Park: http://www.app.com/story/entertainment/nightlife/2016/08/08/lost-theaters-asbury-park-return-savoy/88384774/ 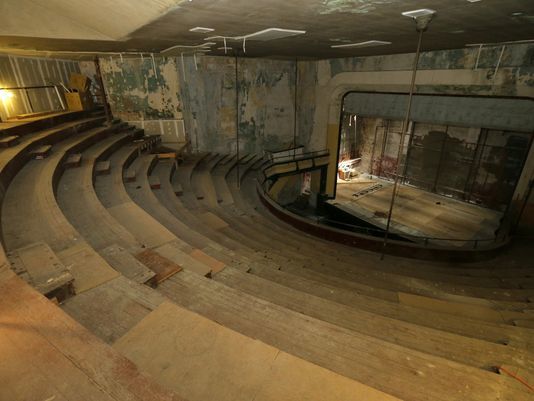