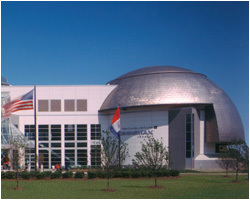 From Fox 8 Cleveland: The iconic giant dome movie theater at the Great Lakes Science Center is about to get a makeover.

According to a press release, the Science Center’s Cleveland Clinic Foundation OMNIMAX Theater will close after the last movie of the day Sept. 5.

It will remain closed until mid-October, when it will reopen as the Cleveland Clinic Foundation Dome Theater, featuring the world’s first giant dome cinema laser system.

The renovations will include all new seats and carpeting.

The new three-projector, laser-illuminated projection system will replace the current projector that has been in place since the Science Center opened in 1996.

The name of the theater is changing to reflect the end of the usage of the film-based OMNIMAX system. The naming rights are being retained by the Cleveland Clinic Foundation. 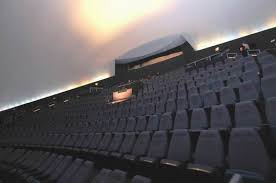