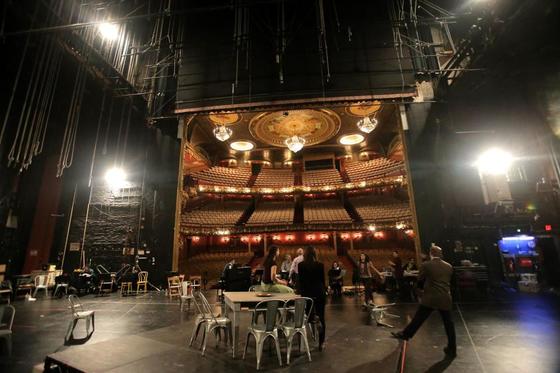 From The Boston Globe: Nearly a year after closing the Colonial Theatre, Emerson College is considering proposals from a handful of outside groups to reopen the storied playhouse — a move that would broaden the city’s cultural offerings and could help arts organizations navigating a rapidly changing entertainment landscape.

The college, which endured widespread criticism last fall when the Globe disclosed Emerson’s possible plan to convert the Colonial into a flexible dining hall and performance space, has declined to identify the groups or characterize their proposals. But the Globe has identified several organizations that submitted bids. They include a consortium of arts groups operating locally, as well as at least one national theater management company.

Pennsylvania-based SMG, an international venue management, marketing, and development firm, has also entered a plan for the theater, which has been dark since “The Book of Mormon” closed in October.

“We’re looking at the proposals internally,” said Carole McFall, director of media relations at Emerson. “We’re hoping to make a decision this fall.”

“We think it’s a very good solution,” said Law, who is also a co-owner of the Boston Opera House. “We’ve never done anything like this, a combination of for-profit and nonprofit. It’s a creative way to solve the problem.”

Esther Nelson, Boston Lyric Opera’s general and artistic director, said her company decided to submit its own bid at the last minute because the company, homeless after declining to renew its lease for the Citi Shubert Theatre, must lock down venues for the 2017-18 season.

“Our coalition partners are not in need of the stage by a certain time. They can wait,” said Nelson. “We, on the other hand, have to make a decision.”

Nelson added that by submitting a separate proposal, Boston Lyric Opera hoped to provide Emerson more flexibility, enabling the school to offer the space to the lyric opera for the short term as it worked out further plans.

“We’re staying fluid,” she said. “We want to have the opportunity to have Emerson talk to us on both tracks.”

Would the consortium also manage the theater, taking over maintenance and the like?

“We’re basically leaving that door open,” Law said. “The four entities are fully in support of having an independent operator run it, whether that’s Emerson or someone else.”

SMG manages stadiums, arenas, theaters, and convention centers in Europe, the Caribbean, and the United States, including the Hanover Theatre in Worcester. Jim McCue, senior vice president of entertainment for SMG, declined to describe his company’s bid.

“We’re client-focused, so we do things in a number of different ways depending on our clients’ needs,” said McCue. “I can confirm that we’ve expressed our interest and responded.”

The Colonial became a flashpoint in the city’s cultural life last fall, when Emerson’s potential plan for a dining-performance space was revealed. Facing widespread scorn, the college abandoned the idea, vowing in March to maintain the theater as a performing arts venue.

“We’re pleased that Emerson has stated publicly that the Colonial will remain a working theater,” Julie Burros, Boston’s chief of arts and culture, told the Globe in a statement. “Emerson has been an important partner to the city in the revitalization of the Theatre District over the past couple of decades, and we are grateful for their continued investment.”

Emerson College president Lee Pelton declined an interview request for this story. He has previously emphasized that the college would be cautious as it explored future uses of the venue.

“We’re going to work very hard on figuring out the options for its continued use as a theater space,” Pelton told the Globe in March. “We want to move forward with some urgency, but we want to do it in a very deliberate, analytical, and rigorous way.”

Emerson’s timing has proved challenging for some participants. Documents obtained by the Globe show that in Emerson’s June 20 request for proposals, the college gave itself an Aug. 31 deadline to reach a decision. Now that the school has pushed that date back to the fall, the groups are left in limbo as they try to solidify upcoming performance schedules.

“We’re in a waiting pattern,” said Gary Dunning, Celebrity Series’s president and executive director. Dunning said he had to move forward with booking the 2017-18 season and had already committed to dates at the Shubert Theatre.

“We believed we could not put together a sophisticated bid in that timeline,” said Josiah Spaulding Jr., chief executive of Citi Performing Arts Center, which operated the Colonial for three years before it closed last fall. “We only had a week or 10 days to respond.”

Pelton has said the theater needs significant repairs to its seats, carpeting, and heating and cooling systems.

The college has declined to estimate the cost. Bill Blumenreich, who runs the Wilbur Theatre, said he opted not to pursue the Colonial because “it’s just too expensive… . The building needs a lot of work.”

Some in the city’s arts scene speculate that another outside operator may be interested.

The college has reserved the right to reject all proposals and award no contracts. In the meantime, the Colonial remains dark as Emerson considers its second act. 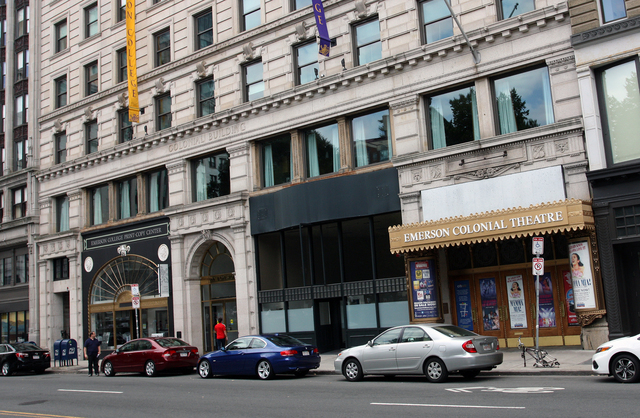 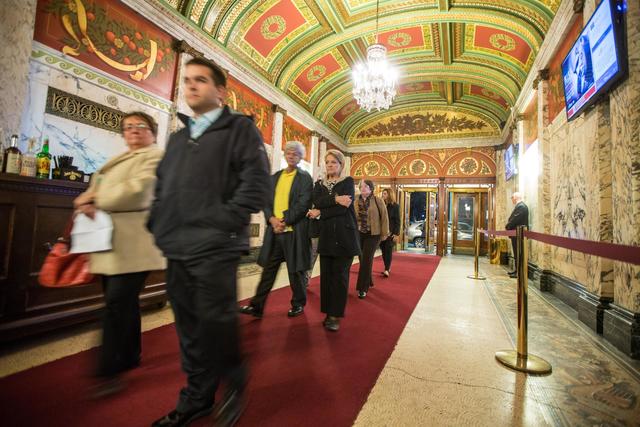