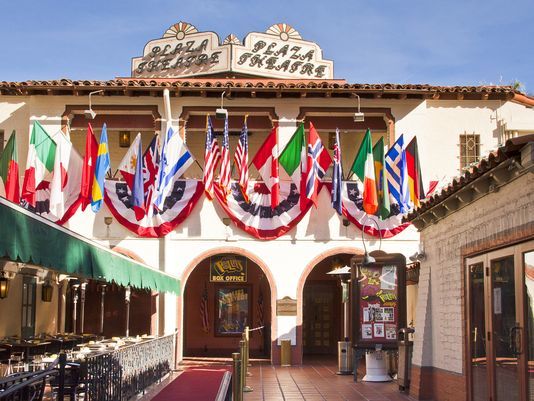 From the Desert Sun: The closed Plaza Theater in downtown Palm Springs could be on its way to a full restoration, setting the stage for live performances, film screenings, lectures and other entertainment uses.

That’s the recommendation headed to the City Council from a subcommittee set up to explore how to move forward with establishing a new life for the historic city-owned theater.

“I think it’s an amazing venue. I think we’re truly fortunate to have it. And at the same time I recognize, how do we deal with it?” said City Councilman J.R. Roberts at the subcommittee meeting in mid August.

The Plaza Theater was built in 1936 as part of the Plaza shopping center. At the time, the theater screened films. It then became the longtime home of the Fabulous Palm Springs Follies, a Vaudeville-like show that ran for 23 seasons before closing in 2014.

The building itself, was one of the properties in the Palm Springs Redevelopment Agency. During the agency’s dissolution process the city bought the 800-seat theater back from the state for $1 with the condition that it remain a theater space.

Most recently, the city was in talks with the Palm Springs International Film Festival about renting the space. However, those talks have ended.

Before any fundraising can begin, the city needs to know what it’s restoring the theater for, say officials.

“We have to have a use in mind,” said Councilman Chris Mills, also a member of the Plaza Theatre subcommittee.

“And I agree,” said Roberts. “I think the first step is determining it’s highest and best use.

And not only will the city need to know what the space will be used for, but how much a restoration will cost. The council may have to provide some upfront seed-money for a consulting team to establish renovation costs, say committee members.

“To begin a fundraising program we need to know what we need to raise,” said Roberts. “And I’m wondering if we can’t somehow start to get a better determination of what it would cost to restore it. To honor its Class I designation and restore it.” 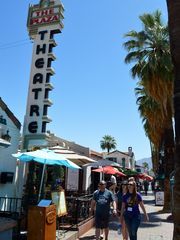 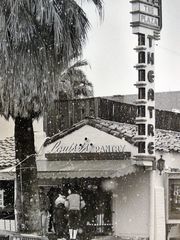