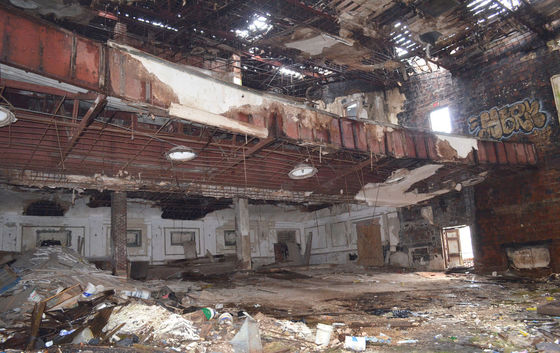 From the Albany Herald: Lane Rosen’s not pointing a finger at anyone but himself. He knows he should have followed up on his “informal proposal.”

But when engineers called him recently seeking information about the historic downtown Albany Theatre,under the mistaken assumption that Rosen owns the building, the downtown businessman decided to speak up.

“Look, I want to make it clear that I’m not blaming anyone in this but myself,” Rosen, who unsuccessfully challenged Albany Mayor Dorothy Hubbard for her seat during the most recent municipal election, said Friday. “I sent out an informal proposal indicating my interest in rehabbing the Albany, but I didn’t really follow up. And I had a few informal discussions with (city commissioner) Roger Marietta and shared my ideas with some of the folks in Planning.

“But I didn’t go through proper channels. So I’m not pointing any fingers. But I honestly thought that by letting people know my interest in that historic building, someone would have at least reached out to see if I was serious. I really thought I’d get a call. But the only call I’ve gotten is from engineers who are apparently in the process of readying the building for demolition.”

And the D-word is not one of Rosen’s favorites.

“I have a love for history, and I have a love for old buildings,” the developer/entertainment manager said. “And I have a five-generations business tie to this community. I don’t know if the driving factor in my desire to try and save that building is familial — my great-great-grandfather built it — or if it’s historic. I guess a little of both.

“I just think the city should do everything it can to save our community’s history.”

“My family has been in continuous business operation in downtown Albany for over 100 years, and I am the fifth generation to do so. I feel a close personal and family bond with the Albany Theatre and the need to preserve and restore it in some form. … Mr. (Henry) Gortatowski commissioned my great-great-grandfather (Sam Farcas) to build the Albany Theatre, with the stipulation that it was to be the most opulent theater south of Broadway. And most accounts have it that the goal was more than accomplished.

“I formed Big O’ Properties in 1995, began purchasing and renovating single-family houses, and by 2004 amassed 75 properties — I currently have 30. In 2004, with my uncle, I purchased the dilapidated State Theatre. We completed the site plan, business plan and renovation within eight months — under budget and ahead of schedule — with our own money. Since then I have purchased two more buildings downtown. Six years ago I became the sole owner of State Theatre LLC, and I am proud to be one the longest-running businesses downtown. “I think it is safe to say I believe in: renovation, historical preservation, Albany in general, and the potential for downtown redevelopment. Furthermore, I have a proven track record of completing projects and specifically renovating old theaters, with them becoming financially viable and long-lasting. A quote I often use is that ‘a shepherd can kill his flock and eat but once, but it’s best to benefit from the wool forever.’”

Rosen asked in his proposal that the city sell him the Albany Theatre, the theater portion of which is in serious decay, for $1. In return, he said he would:

— Accept the general liability for the structure;

— Put it back on the tax rolls;

— Stabilize the structure, remove debris and sanitize it;

Asked Friday about Rosen’s proposal, Downtown Manager Latoya Cutts offered him a ray of hope by clarifying the city’s progress on the Albany property. “First of all, I am aware that Mr. Rosen turned in some kind of proposal to Paul (Forgey) and that there was another group interested in the preservation of the theater,” Cutts said. “I want to assure them — and anyone else — that we are interested in legitimate proposals. We owe it to the people of this community to listen to any proposal that involves private investment.

“But we also owe it to the community to determine the cost of demolition for the theater part of the Albany. Because even if someone makes a legitimate offer on that project, we feel that demolition will be part of the requirement. And we have to see something of a formal proposal so that we can determine if there is a legitimate business plan for that property. It would be foolish for the city to pass ownership of the property on to someone else and then it just sit there like it is now.”

Cutts said any prospective buyer must prove he or she is capable of the massive undertaking required in getting the building, which is on the National Register of Historic Places, up to standards. “It is the city’s responsibility to make sure anyone who buys that property has the wherewithal to take on such a project,” the downtown manager said. “If someone demonstrates that capability, then, sure, we’d consider their proposal. But everyone has to keep in mind that we have got to keep the bigger downtown picture in mind with everything we do in the district.

“That’s a big responsibility. But, trust me, anytime a private individual makes a legitimate proposal for any of the properties downtown, we’ll definitely consider them.”

Forgey, who has displayed a passion for historic preservation during his career, said he always leans toward preserving historic sites.

“As stewards of the taxpayers’ money, I think we owe it to the people to weigh all options,” he said. “I encourage Lane — and any others interested in the Albany Theater — to submit proposals. It’s not a decision I can make, but I would certainly encourage (city officials) to look at all options.”

The Albany-based Yielding & Wakeford architectural firm is currently “about 75 percent complete” in putting together a cost proposal for demolition of the theater portion of the Albany complex (which also includes an extensive arcade area). Cutts said that project does not mean the city will not consider a private proposals.

“Even if we sell that property, we need to have some idea what it would cost to demolish the back portion,” she said.

Rosen says he is inspired by the story of Milton Hershey, founder of the famous Pennsylvania chocolate company.

“When someone brought a caterpillar tractor onto his property and told him it would ‘do the work of 100 men,’ Mr. Hershey told the man to get the contraption off his property and never come back,” Rosen said. “He said, ‘Don’t bring that here, go out and hire 100 men.’

“Now I’m almost afraid the city will ‘call my bluff’ on the Albany Theatre, will say, ‘Let’s see what Lane Rosen can do.’ But if they’re going to pay some outlandish figure like, let’s just say $300,000, to demolish that building, why not let me see if I can take a legitimate shot at restoring a part of our history? I think my personal history and my family history show that I’m not going to abandon this project. Why not consider a proposal with a zero-dollar taxpayer expense?”

Rosen wrapped up his proposal to the city with a promise.

“Once again, I can with 100 percent certainty promise that I will do as my predecessor did and move the ball (called preservation) much further down the field,” he wrote. “Another promise, however, is that once I’m gone there is nothing left but black and white pictures and another hole in Albany’s rich history. Let’s don’t butcher this piece of history and instead preserve the benefits that it can bring to this community.”

Link to the story: http://www.albanyherald.com/news/local/businessman-lane-rosen-wants-shot-at-renovating-albany-theatre/article_0d8753b0-b858-5448-add0-e0d34e1253c8.html 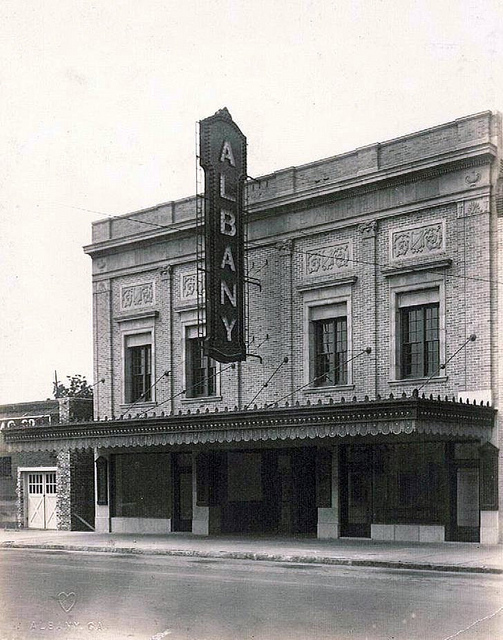