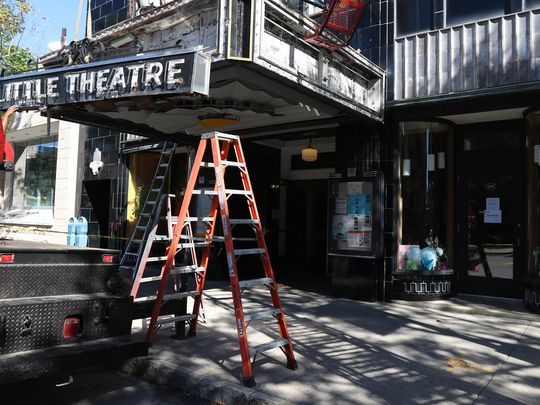 From the Democrat & Chronicle: The 87-year-old marquee at the Little Theatre was taken down from the front of the historic East Avenue theater Monday. The marquee will get a renovation that addresses not only its appearance, but also its structure and electrical components, said Jim Malley, facilities manager of the theater.

“Safety was a concern,” Malley said. Zoning laws have changed since the marquee was erected around 1929, and the marquee is no longer in compliance with modern-day codes. As a result, the process will require frequent meetings with the city to get approvals. The goal is to have the marquee back up and running in October or November.

The marquee has had a series of changes and improvements throughout its history. The goal of this restoration is to incorporate the best features of the previous versions and add some new touches as well, he said.

“We want to keep its originality as best we can,” Malley said.

The vertical sign that hangs above marquee was painted and restored over the summer, and its neon is now twice as bright as it used to be, Malley said. The design of the new marquee will be more compatible with the sign above it, with chaser lights and additional neon.

“The two should complement each other beautifully,” he said.

Clinton Signs, a local company that has worked on many iconic signs in Rochester, is working on the design, fabrication and installation.

The marquee is currently being stripped down to get a better look at its structural and internal components; once that is complete, the theater will have a better idea of the scope and cost of the project. Private donors and members contributed funds for the completion of the project, Malley said. 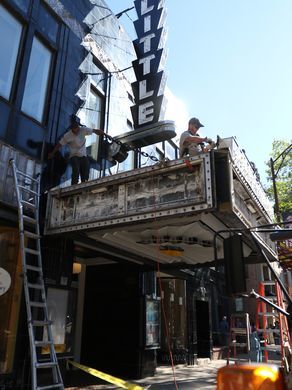 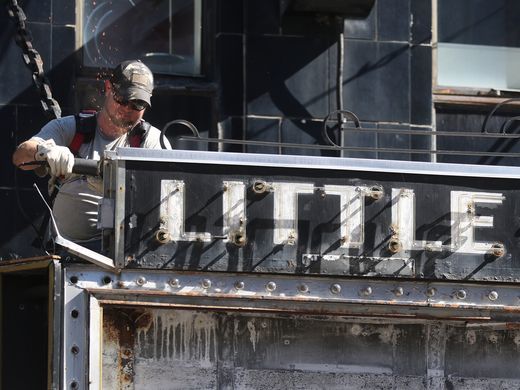