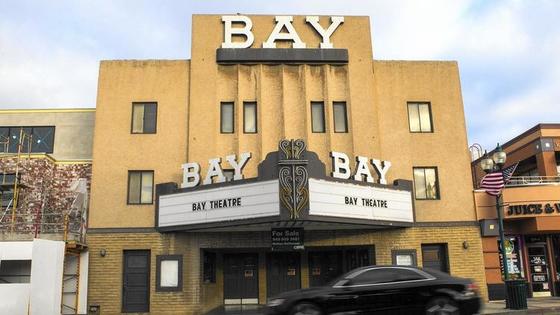 From the Los Angeles Times: The iconic Bay Theatre in Seal Beach has sat dark for the past four years, but a Fullerton-based developer with a penchant for historic buildings has recently made it his mission to purchase the venue and rehabilitate it for films, music and the arts.

With the Seal Beach City Council’s vote Monday officially designating the structure as a historic landmark, Paul Dunlap of the Dunlap Property Group is one step closer to breathing life back into the abandoned building. “I personally like preservation and historic buildings,” said Dunlap, who added that he became aware of the art house in early May through friends. “I appreciate the history of the architecture of the area; it helps people have a greater sense of the place.”

Located on Main Street and Pacific Coast Highway, the single-screen theater has been a significant gathering spot for locals since it opened in 1947. It featured independent, foreign and classic movies on 35mm film for $8 admission until it closed in 2012. The noticeably large structure stands out among the boutiques and other shops on Main Street.

If all goes according to Dunlap’s timeline, he will close escrow on the $2.25-million purchase by December, and then he’ll apply for a conditional use permit and spend all of 2017 in reconstruction and redevelopment.

The building, including the interior, will be returned to its original aesthetic, sans the Wurlitzer Opus 1960 pipe organ, which was removed in 2007, Dunlap said. Once strictly a movie house, he said the theater will continue to show films but will also showcase performing arts. Local legend also has it that Steven Spielberg frequented the Bay Theatre while a student at nearby Cal State Long Beach, according to a biography of the director.

Native Seal Beach resident and local historian Michael Dobkins remembers watching films at the Bay Theatre in the late 1960s and ‘70s, including the Beatles documentary “Let It Be.”

“Talk to anyone who grew up in Seal Beach, and they will have memories of being a kid and seeing films at the Bay Theatre,” Dobkins said.

However, toward the end of its run, as multiplexes multiplied, Dobkins said, he wouldn’t see many people inside the small theater.

Dunlap said he, Kenyon and the Bay Theater Foundation will convene in the near future to brainstorm ideas for the theater. Dunlap said he’s especially looking forward to doing his part in helping maintain a historic landmark for the coastal community.

“Every beach city has become corporate with The Gap, The Cheesecake Factory — it’s how Huntington Beach has gone,” the developer said. “Seal Beach has preserved its beach feel, and restoring the Bay Theatre to what it was will help in preserving the community.”

In 2015, before Dunlap’s arrival on the scene, a group of activists tried to revive the theater and created the Bay Theater Foundation, a separate entity from the privately owned theater. The group raised money by selling T-shirts and set up a PayPal account for donations in hopes of purchasing the building, but the movement ultimately fizzled out, the goal seemingly insurmountable.

“Everyone in town had their eye on the Bay Theatre and lived in fear that a developer would buy it and tear it down, since it had been on sale for years,” said Esther Kenyon, who was involved with the Bay Theater Foundation and is now the founder of the Seal Beach Community Performing Arts Assn. 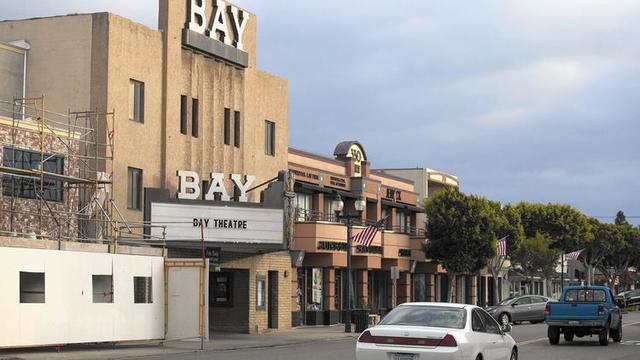 Fox West Coast Theatres renovated the theatre and reopened it in 1947. It had originally been built in the late 1930s, and was an independent operation known as the Beach.