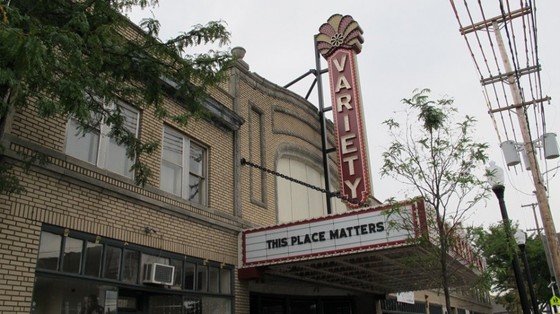 From Cleveland.com: The historic Variety Theatre is about to light up.

On Saturday, Sept. 24, the new marquee on the 1927-built theater at Lorain Ave. and West 118th will be turned on at a street party in front of the beloved theater, closed since the 1980s.

The marquee is the first step in a planned $15 million restoration of the Variety, which featured everything from vaudeville to classic movies to punk and metal bands over the years. It was metal legends Motorhead, in fact, who got the venue shut down with a court order in 1984 after a plaster- and neighbor-rattling show.

The 28-foot, 2,280-LED-bulb marquee is far more than just a bunch of lights, though. It’s a literal sign to the world that the Variety’s restoration process has begun.

“People are so excited when they see the marquee is ready,” says Ward 11 City Councilwoman Dona Brady, who has made restoring the Variety a goal since 2006.

“I’m just ecstatic about this, it’s been a long process,” says Brady, who grew up in the area attending Sunday afternoon children’s matinees in the 1,900-seat theater.

“Residents see it as a sign that the Variety is coming back. That’s why I wanted to start the restoration with the marquee. It’s a visible sign to everyone that we are making progress, that the rebirth of the Variety has begun.”

Just this week, in recognition of that rebirth, the Variety was the winner of the This Place Matters awareness campaign sponsored by the National Trust for Historic Preservation. Officials hope the award will raise the national profile of this Cleveland gem.

The new marquee is a replica of the original 1927 vertical blade-style marquee, damaged by a tornado in 1953, not the later horizontal marquee Clevelanders who saw movies at the venue in the 1970s or rock shows in the 1980s might remember.

The Variety Theatre opened on Nov. 24, 1927, with a screening of Clara Bow’s “Hula.” The Spanish Gothic theater was designed by Cleveland architect Nicola Petti, who also designed the Cedar Lee Theatre in Cleveland Heights.

Warner Bros. purchased it in 1929 and kept it until 1954, as one of the busiest movie theaters on the West Side. The 1970s and ‘80s were less glamorous for the venue, but no less busy, as it became a second-run theater and finally a concert club. It has sat largely empty for the last 30 years.

The marquee was paid for by $110,000 in neighborhood-development funding. A $100,000 grant from FirstEnergy Corp. was used to bring electricity to the building.

The next step in the building’s restoration is emergency repairs to stabilize the roof and prevent further water damage. Brady says the funding is already in place for this, from casino tax money made available to City Council members.

The councilwoman estimates it will take about $15 million to restore the Variety. That includes the 20,900-square-foot theater area, and everything else in the block-long building at Lorain Avenue and West 118th Street.

The campaign for the Variety got a big boost last December, when the Ohio Development Services Agency announced it was one of seven applicants in Northeast Ohio to receive an award of Ohio Historic Tax Credits. It received a commitment of $1.4 million in tax credits, “a pivotal piece of financing to move the renovation of the closed Variety Theatre closer to reality,” says Brady.

When that funding is in place, a new LLC will be created and Westown and the Detroit Shoreway Community Development Organization will take over ownership of the building from the Friends of the Historic Variety Theatre.

Designs call for the first-floor theater area to be sectioned off into a restaurant and entertainment venue. Cleveland restaurateur Tony George, founder of the Harry Buffalo chain and Barley House, has signed on to build and manage the restaurant.

“We’re just in the design stage and not sure what kind of restaurant it is going to be yet. They gave me the basic white box, and I am working with it,” says George. “I think the restoration of the Variety is a great thing. I was born and raised on the West Side and went there as a kid. The Variety was a great place.”

The street level will also feature 10 retails spaces, including the offices of Westown Community Development Corp.

Upstairs, Westown will oversee a movie theater that will screen classics, children’s films and other repertory cinema. Brady says they are not sure of the capacity of this yet, but there are 350 seats in this balcony area now.

Zitiello says they expect to break ground on the restoration in the second half of 2017. She expects the project will take at least two years to complete.

“People think that the Capitol Theatre and Gordon Square happened overnight, but that took 30 years. … This is going to be a catalyst for the entire neighborhood.”

The marquee at the historic Variety Theatre will be lit at a street party from 4 to 8 p.m. Saturday, Sept. 24, in front of the theater. There will be family activities and entertainment including Y Music children’s choir from 4 to 6 p.m. and Frank & Dean from 6 to 8 p.m. The marquee will be turned on at 8 p.m. Mayor Frank Jackson and Councilwoman Dona Brady will be in attendance. 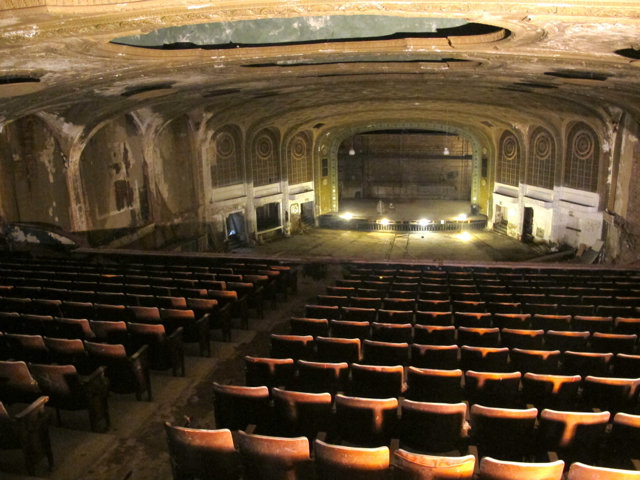 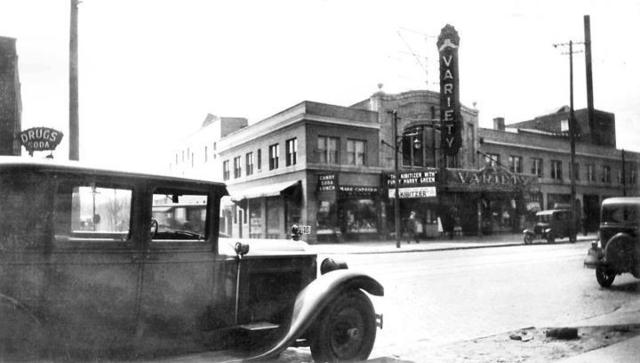