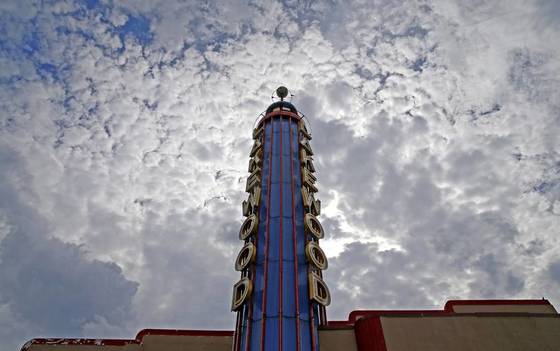 From the Dallas Morning News: There was never any doubt that the Dallas City Council would vote Wednesday to designate the 78-year-old Lakewood Theater an official city of Dallas landmark.

“This building is the soul of East Dallas,” said council member Phillip Kingston, whose district includes the former movie palace.

Failing to protect it was never an option.

“This is something you ought to be very proud of as a city,” Landmark Commission chair Katherine Seale said shortly before the council’s 15-0 vote in favor of landmark status for the Lakewood. “I want to applaud all of you.”

The process, which Seale started last year without the owners' consent, wasn’t easy. It took longer than anyone expected and hit a few speed bumps when the owners and city staff spent the first half of this year wrangling over footnote-size details involving parking requirements, roofing materials, exterior remodeling and other minutiae.

But, finally, it’s done — and with the blessings of the Lakewood’s owners, Craig Kinney and Bill Willingham, whose property has been vacant while awaiting the outcome of Wednesday’s vote. Kinney said afterward that he was relieved because now they can begin marketing the building, whose limbo has cost the owners a small fortune in would-be rental revenue, he said.

Kinney said that “at most it would be divided into three spaces,” probably for restaurants that have expressed interest in recent months. He said there could be other uses, but that’s confidential for now: “Don’t want to give competitors any information,” he said on his way out of City Hall.

Preservationists and neighborhood residents first became concerned about the Lakewood Theater’s fate in November 2014, when Kinney and Willingham began touting a major makeover and said the cavernous theater would probably be divvied up into several spaces. The owners maintained that the neon tower would remain.

And, for a while, the neighborhood was content with that. But in August 2015, crews were spotted tossing the Lakewood’s chairs into a dumpster, and word spread that the stage was being ripped out. The owners maintained that it was for asbestos remediation. But Seale and East Dallas residents weren’t satisfied with that answer.

Seale, along with neighbors and preservationists, feared that the interior demolition would lead to the removal of Perry Nichols' murals, which decorate the lobby. And they didn’t trust that the tower would survive the makeover. Seale eventually initiated landmark designation, which would at least protect the exterior from vanishing. And she did so without knowing where Kinney and Willingham stood on the subject — a giant risk, she acknowledged Wednesday.

“Literally, we had a 20-year time span where the message was: Only if you want years of litigation and dozens of meetings at City Hall would Landmark Commission or staff initiate a building for landmark designation without the owners' consent,” Seale said. Seale was referring to, among other buildings, the old Dallas High School downtown, better known as Crozier Tech. The council designated it a landmark in 2000, over the objections of out-of-town owners who sued the city and let the building rot, empty, for more than a decade before it was bought by developer Jack Matthews last year.

“This reverses that,” said Seale, who has also moved to secure landmark status for the Forest Theater in South Dallas and the Meadows Building on Greenville Avenue.

“The city of Dallas stands in a transitional moment where we are much more cognizant of our architectural patrimony and the need to keep some sense of place and who we are,” Kingston said. “This is a great example of Dallas not being so insecure, of looking at who we are and where we came from and saying, ‘This is something we need to preserve.’ ”

Preservationist Virginia McAlester reminded the City Council that in the 1970s, there was a protracted fight over the entire Lakewood Shopping Center when the city considered widening Abrams Road and Gaston Avenue to six lanes.

McAlester said that would have been disastrous, especially for the theater, and it ultimately led to the creation of the Lakewood Special Purpose District, which recognized the need to conserve “the area’s distinctive atmosphere or character by protecting or enhancing its significant architectural or cultural attributes.”

“Everyone’s goal throughout all of this has been to save the iconic Lakewood Theater,” she said.

The neighborhood has certainly made its voice heard at City Hall: More than 2,000 people signed a petition in August 2015 asking the city to protect the Lakewood from demolition. A movie star even came to City Hall in September 2015 to make the case for landmark designation — Woodrow Wilson High School graduate Burton Gilliam, co-star of Blazing Saddles and Fletch.

“That is so good,” Gilliam said when reached at home following the council’s vote. “I am so pleased. It’s part of my growing up right there. It took awhile, but we got it done. I wish I could run over there and get a bag of popcorn.” 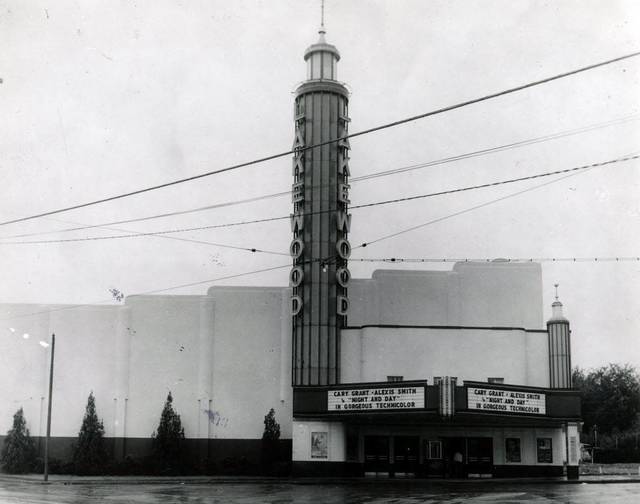 “Dallas Landmark” status has little or no correlation to “National Historic Landmark” status and does not guarantee the Lakewood can not or will not be torn down. The Lakewood has a huge footprint and is land locked in an already overcrowded & busy retail area. Even the Alamo Draft House people cannot make it work because there is simply no way to provide or create adequate and desperately needed parking. This awesome and incredible theater building has been dark for years, now sits abandoned and empty. Its days are surely numbered if the owners cannot make it turn a profit.