Road trip to one of Kansas’ historic theaters 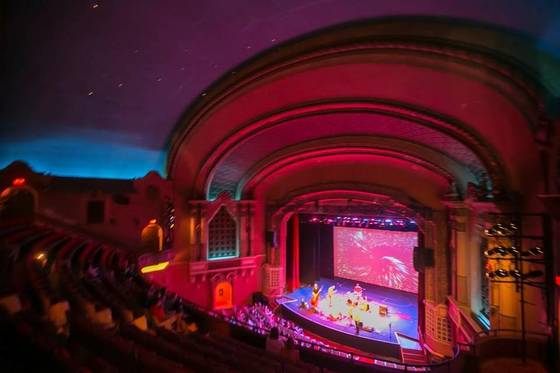 From the Wichita Eagle: They were going to tear it down and replace it with a parking lot.

You’ll read that on the timeline of many historic downtown theaters across the United States, including several dozen in Kansas. Thanks to grass-roots efforts to save and preserve the buildings, historic theaters across the state make great road trip destinations, taking you to the cultural core of towns of all sizes, showcasing architecture of a bygone era and providing diverse entertainment, including movies, concerts, comedy shows, plays, ballet, opera, musicals, children’s programming, lectures and conventions.

These theaters were designed and constructed during a time when the building was meant to be part of the show-going experience.

“All of these theaters have a tremendous history, and their beauty takes you back to a different time, a different place,” said Jennifer Allen, past president of Wichita’s Orpheum Theatre and president of the Kansas Historic Theatres Association until she moved to Colorado recently. “It’s a really fun experience to go see a show at a historical theater in any town.”

You can find theaters in all stages of restoration in Kansas. Some are fully restored; for example, Emporia’s Granada Theater or Hutchinson’s Historic Fox Theatre. Some are operating yet continuing restoration efforts, such as Wichita’s Orpheum Theatre or the soon-to-open Burford Theatre in Arkansas City. Others are closed while undergoing restoration, such as the Colonial Fox in Pittsburg, although still offering tours and occasional events.

The approach taken with the 1924 Burford Theatre is a good example of what you can expect when visiting one of the region’s historic theaters. Executive director Ellen Snell said the project involved preserving, restoring and modernizing. For example, they were able to preserve the 92-year-old terrazzo floor in the lobby. There are signs of wear and tear – like the marks from stools used where a soda fountain once stood – but nothing distracting. They restored the orchestra pit and the single stage, which had been removed when the building was converted to a three-screen movie house, and returned the decorative scope of the entire theater to its original Spanish renaissance style. They modernized the bathrooms, concessions areas, audio-visual technology and seating.

Taking a tour, attending an event, shopping at the theater’s gift shop or becoming a patron all support a theater’s renovation efforts and its ongoing operations. Next time you’re in the mood for dinner and a show, check the schedules at these historic theater destinations. Though their calendars are fullest from September through April, they schedule programming year-round and take a something-for-everyone approach.

The Augusta Theatre was built as a movie palace in 1935 and operated by the Bisagno family for 50 years. It was donated to the local arts council in 1989 and has been completely restored to its appearance in 1948, which was the year a full concessions stand was built in the theater’s lobby. The exterior of the two-story art deco building features individual tiles of opaque structural glass and a decorative neon marquee. The colors of interior murals, hand-painted ceiling panels and handmade ornamental plaster designs create an Egyptian appearance.

The Burford Theatre opened in 1924 as a vaudeville silent-movie house. It was converted to a three-screen movie theater in the mid-1980s and closed in 2004. It was donated to the local arts council, which decided to renovate and restore the space to create the VJ Wilkins Family Center for the Arts at the Burford Theatre. After 12 years of work, including thousands of volunteer hours and $7 million raised through private donations and grants, the Burford is scheduled to reopen this month.

The main auditorium, which seats 350, will be open, but the balcony is not yet finished. While operational, the theater will begin a second restoration phase. Grand opening events are scheduled from Sept. 29 through Oct. 2 and include a theater dedication, an open house, a 1920s-themed party and two performances of the “Burford Follies” featuring Music Theatre Wichita and local talent.

Initial programming is scheduled through December and offers movies, dinner theater, a vaudeville night and jazz performances. For more information, visit the VJ Wilkins Family Center for the Arts at the Burford Theatre page on Facebook or call 620-442-5896.

The Emporia Granada Theater opened in 1929 with 1,400 seats, showing movies and hosting live performances before closing in 1982. The theater sat empty and deteriorated until demolition threatened in 1994. Local residents rallied to save the theater, and it reopened in 2007, renovated to its original Spanish Colonial Revival style inside and out and now seating 800.

“One of the things we’re really proud of is the painted ceiling,” said Bryan Williams, executive director since 2012. “When you come in, be sure to walk all the way down to the stage and look back. The ceiling alone took 30 days to sand it back and hand paint it using stencils.” The carpet was specially milled to match a swatch of the original carpet, and there is gold leaf paint in the lobby.

Williams said community support has been strong for programming that includes concerts, comedy shows, movies and dinner movies, and it’s not unusual for events to sell out. Upcoming events include country acts Craig Morgan on Sept. 28, the Charlie Daniels Band on Nov. 6 and Sawyer Brown on Dec. 10. Visit emporiagranada.com for a full schedule.

Hutchinson’s art deco Fox Theatre opened as a movie palace in 1931 and closed in 1985. A local preservation group purchased it in 1990 and reopened it in 1999 after spending $4.5 million to restore it to its 1931 appearance. Josh Davies, executive director, said visitors are intrigued with the intricate decorative moldings; the original light fixtures, including six large chandeliers; and the marquee, the first flashing display of neon in Kansas and now one of the few surviving original and functioning marquees in the country.

In 1882, a section of the newly constructed public hall in Junction City was built as a 600-seat opera house. A fire destroyed the building in 1898, and it was rebuilt the same year; this time the theater had a larger stage and more seats. It operated until 1982, seeing many renovations and eventually becoming a movie theater. The theater remained closed for 26 years, then reopened as the C.L. Hoover Opera House in 2008 after a $7 million restoration.

The exterior looks the same – distinguished by a Romanesque-style clock tower – while the interior layout changed significantly to become a multi-use facility for the local performing arts community in addition to hosting regional and national acts in a 416-seat theater.

Events this fall include a New York touring musical comedy improv, the premiere of a film based on Kansas history and shot nearby and a “Singin’ with the Big Band” concert featuring Christopher Alan Graves. Find a full schedule at jcoperahouse.org.

When the McPherson Opera House opened in 1888 as a live performance venue, it had no equal between Kansas City and Denver, making it a popular stop for acts crossing the country. It was designed with two balconies and seating for 900. It converted to a movie theater with one balcony in 1929 and closed in 1965. A group formed in 1986 to save the building from demolition.

After $8.5 million in renovations, the building is now a fully restored multi-use facility. The 470-seat auditorium reopened in 2010 with 1913-style renovations, when a redecoration added decorative stenciling throughout and a hand-painted mural above the proscenium arch. There’s also a resale shop on-site that benefits the opera house and an arts center with classes and rotating galleries.

When the Orpheum Theatre opened as a vaudeville theater in downtown Wichita in 1922, it was the first atmospheric theater in the United States.

“An atmospheric theater was a theater with a painted theme that gave you the feeling you were somewhere else. Ours was under a Mediterranean sky,” said Diana Gordon, the Orpheum’s president and chief development officer.

The theater closed in 1976 and was saved from demolition in the mid-1980s. It officially reopened in 2000, and since then, more than $5 million has been raised and invested in the theater. The auditorium, which seats 1,298, has yet to be fully renovated.

The Orpheum hosts more than 100 events each year, and fall is typically its busiest time. In addition to its monthly classic film series, the theater screens films as part of the Tallgrass Film Festival in October. Other upcoming events include Alton Brown on Oct. 6, Elvis Costello on Oct. 8, Boz Scaggs on Oct. 23 and Lewis Black on Nov. 18. See the complete schedule at wichitaorpheum.com.

The Stiefel Theatre opened in downtown Salina in 1931 as the Fox-Watson Theater, an art deco venue that showed mostly movies until it closed in 1987. It remained dark until a nonprofit restoration group began work in 1997 and reopened it in 2003.

The completely renovated theater seats 1,287 and has one of the busiest schedules among the state’s historic venues. Among the Stiefel’s upcoming shows are ZZ Top on Sept. 21; Martina McBride on Sept. 23; an evening of rock, blues and folk with Elvin Bishop and Charlie Musselwhite on Oct. 22; humor writer David Sedaris on Oct. 30; and the Goo Goo Dolls on Nov. 7. A full schedule is available at stiefeltheatre.org. 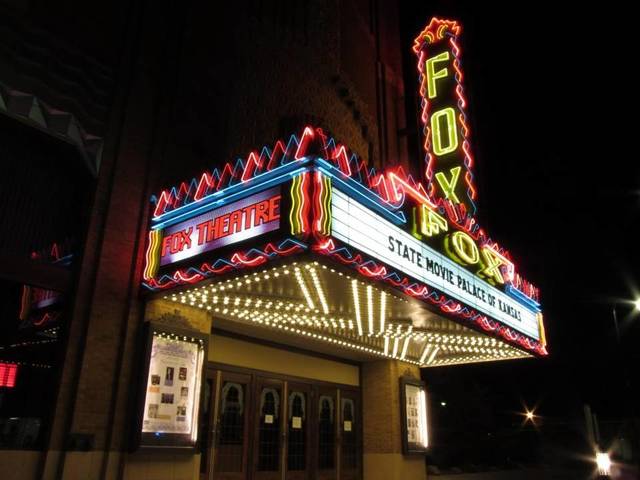