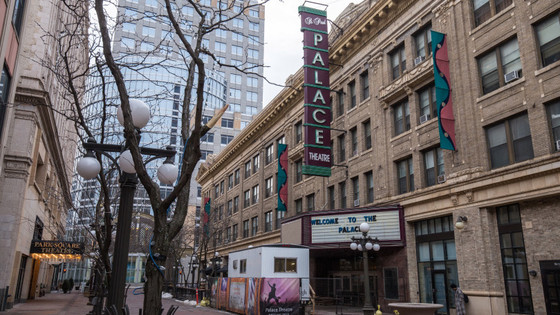 From The Pioneer Press: Following legal mediation between the city of St. Paul and First Avenue/JAM Productions, the budget for renovation of St. Paul’s Palace Theatre is going up $1 million — again.

The projected cost of converting the old vaudeville stage into a modern concert hall about twice the size of First Avenue in Minneapolis grew from an original budget of $12 million to $14.6 million last year, requiring a quick cash infusion of $1.7 million grudgingly approved by the St. Paul City Council.

“The last budget had contingency (funds) in it,” said St. Paul Housing and Redevelopment Authority Director Jonathan Sage-Martinson. “A couple of things have happened, and we’ve spent that contingency.”

He added: “Our work will be done in early December. We’re down to the last painting and patching. As we’ve gotten there, we think we’re going to need another $1 million.”

Among the curve balls: Contractor bids for aspects of the restoration came back higher than expected, and a few unanticipated expenses were added to the design.

For instance, ceiling improvements for a basement storage area needed to be modified because of code regulations around food storage.

Then there are design elements that have evolved as the project did, and those costs are still being assessed.

Among them, project operators First Avenue/JAM Productions expressed concern about the size and layout of the bar, expected to be a major revenue source.

Other discussions centered on costs related to tripling the number of bathrooms and improving the “green room,” where the bands set up backstage.

“The venue is only as successful as the details that make people want to come back,” Sage-Martinson said.

The city’s HRA will continue to own the Palace, which will be presented on the week of Dec. 3 to First Avenue and JAM Productions to operate.

The partnership has not announced a date for an opening show, but the 3,000-person capacity venue off Wabasha Street is expected to host some 100 performances and 200,000 patrons per year.

On Aug. 10, First Avenue and JAM joined the city of St. Paul in legal mediation, a nonbinding process to work out next steps. The city and the partnership agreed to do more design work, mostly around the bar, which could account for one-fourth of the up to $1 million budget increase.

Sage-Martinson said the HRA will not have to go back to the city council for $1 million because the department has excess money leftover from a few projects around the city.

For instance, in the growing neighborhood next door to the future Victoria Park off West Seventh Street, infrastructure for residential streets and walking paths will be completed this summer roughly $800,000 under budget.

When he unveiled the Palace’s restoration plans three years ago, St. Paul Mayor Chris Coleman called the future concert-venue “the missing link in our cultural scene in downtown St. Paul,” but even some political allies have questioned the wisdom of having the city own what will effectively serve as a downtown nightclub. The project was assigned to Joe Spencer, the mayor’s director of arts and culture.

Since at least 2013, some members of the city council have expressed concern that Coleman’s administration is spending too much time and money on the downtown revitalization project, at the expense of projects in the city’s lower-income neighborhoods.

That drumbeat has grown as the Palace’s costs have grown.

The city of St. Paul bought the vacant Palace Theatre in October 2014 and conveyed it last year to the city’s Housing and Redevelopment Authority. The city hired McGough construction to oversee design, with real estate consultants NTH as the owner’s representative on the project.

Together, McGough and NTH have overseen seven rounds or “waves” of bidding on everything from plumbing to painting to ceiling repairs, Sage-Martinson said.

“The first couple of packages that went out were maybe 1 percent over (estimates) — I mean, we were really close,” he said.

But subsequent bid packages were more complicated, drawing fewer contractors who asked to be paid higher sums than expected.

“In some cases, we had zero responses to a bid, or one response,” Sage-Martinson said.

He chalks part of the limited response to the growing economy — contractors are getting choosier with their projects as demand for their labor and expertise has grown. And an old building can make for a difficult retrofit, as opposed to new construction.

Initial bids came back higher that contract allowance on items such as plumbing, tap lines, sinks and lights.

HOW THE $1 MILLION WILL BE SPENT

Sage-Martinson said 10 percent to 15 percent of the $1 million will be devoted to contingency costs, another 50 to 60 percent will cover unanticipated expenses and bids that came in higher than expected, and anywhere from 25 to 40 percent will be used toward the remaining design elements yet to be completed, including the green room and the bar.

“When I used the number $1 million, this is the ‘up to’ amount,” Sage-Martinson said. “I’m contemplating it will be less than that.” 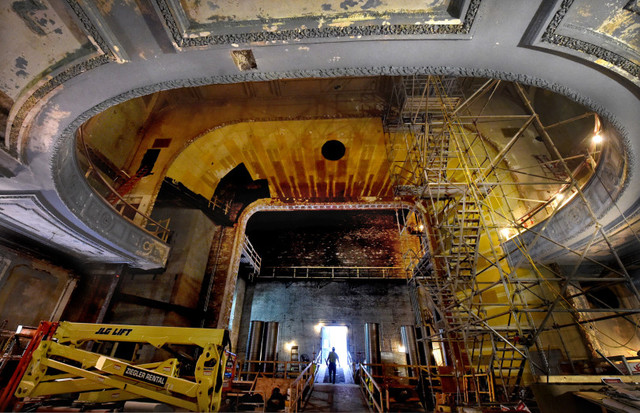 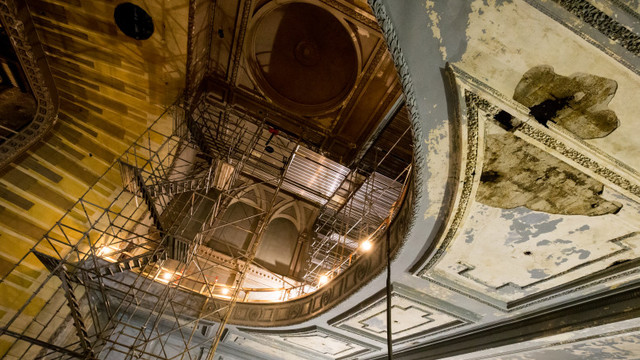