Somers Point, NJ - Show not over for Gateway Playhouse renovations 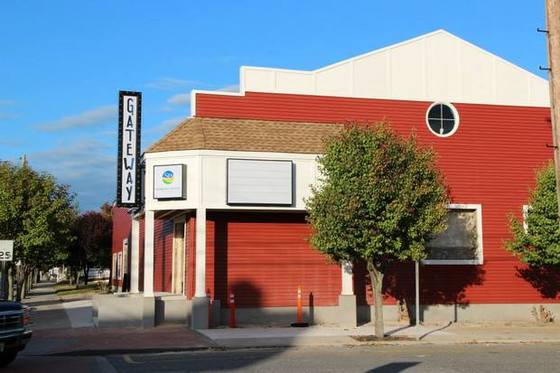 From the Press of Atlantic City: In the years since the city took over the Gateway Playhouse, work on renovating the heart of the 116-year-old Bay Avenue landmark has hit a dramatic, and extended, pause.

The building’s interior still looked Friday just about like it did since at least 2010, basically torn down to bare studs without a seat or a stage in sight.

But work is finally ready to start back up after the city, which bought the building in late 2006, awarded a contract to a Vineland company to finish the inside of the theater. Capri Construction is scheduled to start work in early October, although Somers Point’s city administrator, Wes Swain, said Friday that the company could get moving on the project as soon as this month. The target date for finishing the job is April, Swain added.

That would be a pleasant plot development to Mayor Jack Glasser, who has dealt with delays and drama at the Gateway almost since he was elected in 2007. The mayor sees a redone theater improving Somers Point’s economic life almost as much as it does the area’s cultural life.

“In the summer, we have our beach concerts right across the street, and look how many people come to those,” he said of the Friday music series that, on big nights, can fill most of a block of Bay Avenue with beach chairs and blankets full of music lovers.

Jim Dalfonso heads the Theater Collaborative of South Jersey, a nonprofit group that’s worked for years to raise money to restore the Gateway. He said the group has research showing that even a “light season” at the 240-seat theater should bring 16,000 customers to Bay Avenue, one of the city’s business hubs.

“People from all over our area seem to think that Somers Point is a place that’s easy to go to. Folks will come up from Cape May, people will come over from Margate” and other places, he said. “This building’s audience base has historically drawn from a wide area.”

Dalfonso, a music major who sells ceiling materials in his day job, knows the outside of the Gateway looks much better than it did when the city bought the onetime movie theater about 10 years ago.

“The siding was put up three or four years ago,” a new Gateway marquee was added along Bay Avenue in the fall of 2013 and a new roof protects the inside, he said. “We got the exterior of the building done, and then the city applied for the grants and we had to halt construction on the rest of the building.”

And since then, he added, “Absolutely nothing has been done.”

But the city has been pursuing the money needed to do the work, and making sure it has enough to do the job right.

“We went out to bid once, and it was over budget. So we revised the plans … got bids again, and it was still over budget,” said Swain, adding the job was “a couple hundred grand” over what the city expected it to cost.

That led to reviews and more revisions and negotiations with contractors, all of which took close to a year, by his estimate. Plus the mayor added there were consultants and local citizens and civic groups and boards and more people all interested and involved in the process.

“It’s been a long, long road,” Glasser said. “I know the Theater Collaborative tried their very best to do everything by private funding … but they couldn’t do it. Let’s face it, with the economic times we’re having around here, they just weren’t getting the money. But now we have the money, and we can move forward and get this thing done.” 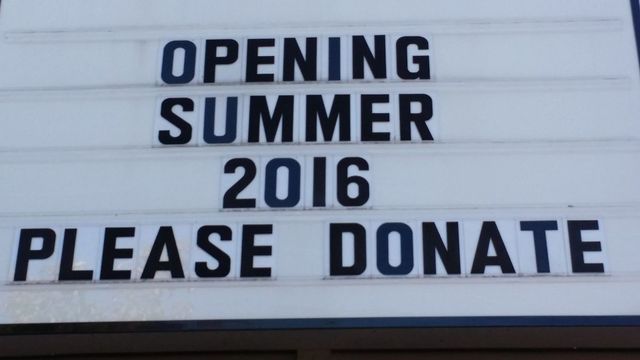