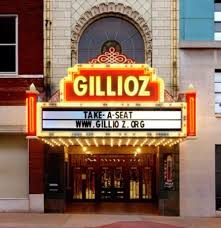 From The Mirror: Geoff Steele has been in the music and theatre business for over 30 years, experiencing all sides of the industry- from a singer himself in Nashville, to a touring technician, to marketing at a record company, to opening multiple theatres in Branson, and marrying a Branson-born entertainer. But there’s something about the Historic Gillioz Theatre that brings Steele, executive director at the Gillioz, particular joy and pride.

“There’s a tremendous amount of history here,” said Steele. “It’s part of what makes Springfield incredible; There’s not a lot of communities in the country that have this type of a venue, and most didn’t have them in their heyday.”

The Gillioz was funded and built in 1926 by Maurice Earnest Gillioz, a local bridge builder, right on historic route 66. Gillioz actually made a 90-year buyout deal with the laundromat and pharmacy that stood where the large entrance is now, just to have a spot literally on the route 66 road (now Park Central St.). At the time, it cost $300,000.

Despite being pre-dated by Springfield’s other historic venues- the Lander’s Theatre and the Shrine Mosque- the Gillioz was the town’s premier entertainment venue for nearly 60 years, serving as a ‘hybrid house,’ hosting vaudeville shows (live production) and popular movie premieres (silent films). It remained like this until vaudeville died out, surviving as a movie house for roughly 50 years.

“What made us premiere was the diversity in the programming, and I also think some of it was because it was home-built,” explained Steele. “Gillioz was a guy from Monet, and that’s not normal. Most of these places… were all owned by big chains… And that’s what I think still maintains a fondness for some of our rural people.”

Some guests that appeared throughout the theater’s history include Ronald and Nancy Reagan, when he was still an actor, for a movie of his that premiered at the Gillioz, and Elvis Presely, who snuck in to see a movie in between his performances at the Shrine Mosque one night in 1955.

The Gillioz was also a source of morale-boosting during the Great Depression and World War II; it used to host community songfests and local singing competitions.

Around 1970, however, the Battlefield mall opened, which caused all of the downtown businesses to close down. There was a movie theatre in the mall, as well as a few other small theatres popping up, making the Gillioz no exception to the declining downtown area.

“People didn’t have to go downtown to see movies anymore, and so it slowly went into disrepair. The theater actually lived longer than a lot of other parts of downtown because people still liked the nostalgia factor… But the Springfield downtown was a ghost town for years.”

After a rough few years, it closed its doors in 1980. However, in the 1990s, the Gillioz began its comeback. Jim Morris, the father of the founder of Bass Pro Shops, along with a few passionate members of the community, started to help raise money to restore the theater, on the condition that it remained in its 1926 condition.

“[Morris] had the financial means to see something done, and he’s old enough to have a strong emotional attachment to what the space was,” explained Steele. “I think he was convinced that it was plausible- that if someone was willing to spare the wrecking ball on it, there was a chance they could do something really special.”

Luckily, because Gillioz built the theatre with bridge material (steel and concrete) that was available to him, it was actually found that the building was so well-constructed that it would cost as much to repair the theatre as it would to tear it down. Morris created a non-profit, called the Springfield Landmarks Preservation Trust, and in the end, their side prevailed. The organization then raised over 10.5 million dollars from over 100 generous private and public donors to complete the project.

And, in 1991, they earned the Gillioz a spot on the National Register of Historic Places. This means that before the building could be bulldozed and destroyed like many similar historic landmarks, Congress would have to be addressed.

“This says ‘this space is of value to the American culture, and the United States Congress acknowledges that, and so we’re going to preserve it,’” said Steele. He continued: “These theatres are incredibly precious… but if we do this right, then this is our Rome in a few hundred years.”

Finally, in 2006, the Gillioz, restored true to its original 1926 design, reopened its doors to an excited and supportive community. Its debut also helped revitalize downtow

“The Gillioz coming back was a significant component to bringing downtown back to vitality,” said Steele.

However, it still wasn’t all rainbows and sunshine. According to Steele, the Gillioz went through an identity crisis around 2011 and 2012 because it was very focused on the college crowd, like most businesses at the time. When Steele arrived in October of 2014, he reverted back to the original mission of the ‘hybrid house.’

“When I first got here, I walked around this neighborhood and talked to stores and businesses, and I listened [to the community],” said Steele. The overwhelming response was that everyone loved and remembered the Gillioz, but a significant number of the people who were 40+ were feeling left out, wishing to see shows and performances they were interested in.

“That’s when we really got serious about diversifying,” said Steele. “[Now] we try to offer something for everyone.

Against all odds the Gillioz not only survived, but came back from the dead, and now it is thriving more than ever. Steele considers this survival, and the survival of Springfield’s other jewels, a monumental success. He chalks it up to the culture of theaters themselves.

It’s because of this sharing and diversified nature that Steele truly believes in what he does. “I think these places are important. I think the opportunity to bring people together is a pretty great way to make a living,” he said. “After every show, I make a point to watch people leave, because that’s the pay day: seeing people happy. We just created a memory.” 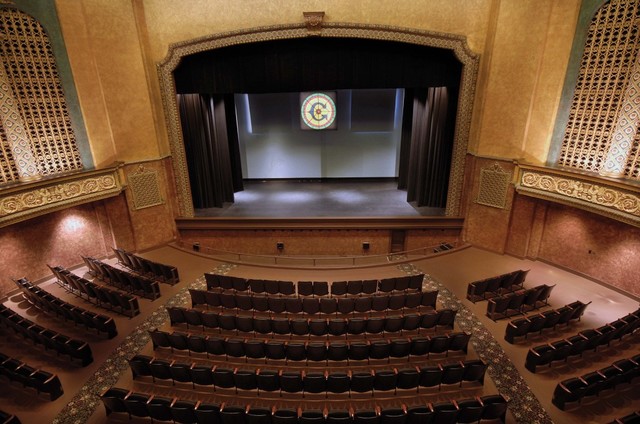 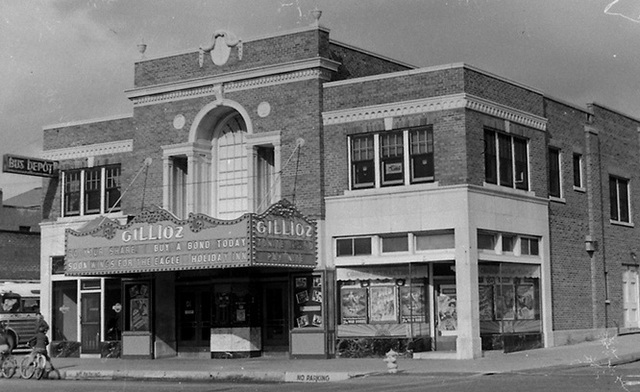 For the weekend I’m going to Columbia for our annual writers seminar (here’re contacts if anyone is interested) so since I’m already in Missouri I’d love to see this Gillioz theater and not only because of its historical value but because of the events. Looks like in February there are going to happen something interesting like The Mystery Hour. By the way, is it a long ride from Columbia to Springfield?