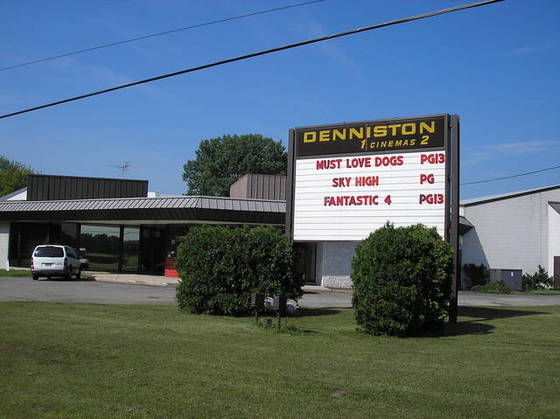 From Monroe News: Nights eating popcorn with your date or family members and watching movies under the stars could be returning to the area with a proposal to reopen the former Denniston Drive-in theater in Frenchtown Township.

Two public hearings are set for Sept. 6 before the township planning commission to hear requests for a special use permit and zoning ordinance text amendments for a drive-in movie theater at 6495 N. Monroe St., site of the former Denniston theater. The commission will hold the hearings during its 7 p.m. meeting.

The first hearing is on changes to repeal sections of the zoning ordinance regarding pool fences and conditions for planned unit developments. The second hearing is for special permission to open a drive-in theater in a C-3 Highway Commercial zoning district. The property is located just north of Rick’s Sports and Schall Automotive.

Written comments about the proposal will be accepted up until the hearings and can be submitted to Joseph Lehmann, township building official.

The Denniston outdoor theater has been closed for years and the indoor facility that once housed two movie auditoriums also sits idle, said Supervisor Jim McDevitt. The rear portion of the site where the drive-in once operated is overrun with brush and trees.

Mr. McDevitt said the township would be open to having a drive-in again if the commission sees fit to allow it.

“We welcome this to the area,” he said Tuesday. “I haven’t seen any plans yet, but I did meet with the individual once. I remember going there as a kid… it brings back a lot of memories.”

He said the developer from the Downriver Area originally proposed the concept in Brownstown Township, but the proposal “didn’t fit into the area he wanted,” the supervisor said.

He said preliminary plans revealed to him showed the movie screen would project easterly toward N. Monroe St. and there would be no speakers to place in vehicles. Instead, the sound from the movie would come through FM stereo or car radio.

He noted some folks from Monroe still drive about 30 miles to the Sundance Kid Drive-In at 4500 Navarre Ave. (Route 2) in Oregon, Ohio, to see movies during the summer. The nostalgic, 50s-style drive-in is located across from Pearson Park and is open only on weekends. It is owned by Great Eastern Theatres, which also runs the Maumee (Ohio) Indoor Theatre and Paramount Cinema in Fremont, Ohio.

“I’ve talked to some people who like going there and hey, it’s kind of a new concept for the area,” Mr. McDevitt said. “It’s a good concept for here as well.”

He said the developer has an offer to buy the site contingent upon the zoning requests getting backing from the commission.

The first Denniston Drive-In opened for business in 1955, showing popular movies such as a Marilyn Monroe feature, according to clippings from the Monroe News’ archives.

The dawn of Daylight Savings Time in the 1970s, which made the movies start later, led to the demise of the drive-ins. It wasn’t dark enough to show the first of a double feature until 9:45 p.m., said Joe Sterling, owner of the Denniston Theatre, in a News archive story from July, 1999. He and other drive-in owners fought hard against the switch. 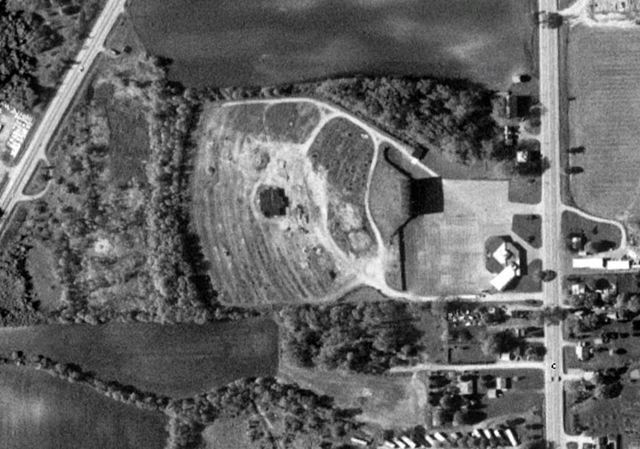