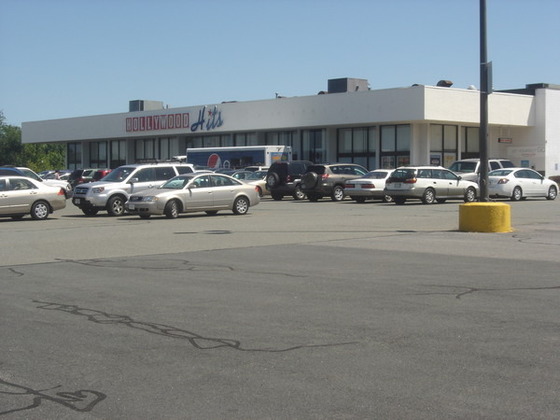 From the Salem News: Due to a number variables, the credits have rolled on the independent movie theater Hollywood Hits, which closed Monday night.

“We regret to inform you that we have closed,” the theater said on its website. “We thank all of our customers for their patronage over the past 17 years.”

Since 1999, the small, independent cinema at 7 Hutchinson Drive showed movies on the North Shore as a low-price alternative to seeing films in large multiplexes.

It was a place to catch both first-run movies and movies that appealed to the art crowd. Its concessions were also less expensive than those at the chains.

“That is true,” he said. “We closed the doors last night.”

Przybycien said he was “heavy-hearted” having to close up the cinema building for the last time.

The theater, visible from Route 128 north, had been a corporate chain until 1999, when Loews left the location for a space in the Liberty Tree Mall, Przybycien said.

In 1999, Hollywood Hits started off as a discount theater, but changes in the industry saw it become an art house that also showed first-run films.

In recent years, Hollywood Hits was able to run the same mainstream blockbusters as the AMC Loews Liberty Tree Mall 20, and Przybycien said his theater was doing well with this product.

In May, “X-Men: Apocalypse” was the first movie that 20th Century Fox dropped clearances to allow both the chain theaters and the independents to run the same films at the same time, Przybycien said. That was good news.

But a number of factors conspired to keep Hollywood Hits from showing the hits well into the future.

The theater was also competing with larger chains whose showtimes would come up first in online searches.

In 2015, Hollywood Hits turned to the crowdfunding site Indiegogo in an effort to raise $150,000 to replace its seats with cloth and vinyl recliners, along with an improved layout with plenty of leg room.

The money would have gone toward a $250,000 total investment, described as the first step of a multi-phase renovation which would have eventually included a redesign and rebranding of the theater, according to the crowdfunding campaign’s site. The cinema had already upgraded to digital equipment, and improved screens and sound in its theaters.

However, the crowdfunding campaign fell far short of its goal, and the theater was unable to complete the renovations.

The near perfect summer weather may have been the last straw, Przybycien said, with moviegoers flocking to the beach instead of to the theater, which is usually a rainy-day activity.

“The movie business is not dead,” Przybycien said. He said changes in the industry and his lack of deep pockets meant he could not continue.

With the theater going into its slow fall period amid a drop in the art audience, Przybycien said the theater could not recover, and he had to shut down.

“We had a good clientele who knows how hard we work,” he said.

Hollywood Hits was a labor of love for Przybycien, who purchased the theater in mid-2014. He has been with the company since the day the theater opened. In fact, he started working at the theater in 1995 when it was a Loews. When the location closed as a chain theater, he worked for a theater in Boston for a year, then came back to help run Hollywood Hits, which maintained a dedicated staff over the years.

“Everybody on the North Shore loves that building,” Przybycien said. He hopes people support independent theaters in Salem and Gloucester to keep those theaters going.