Chicago, IL - Davis Theater Could Be Ready By November: Look At The Progress So Far 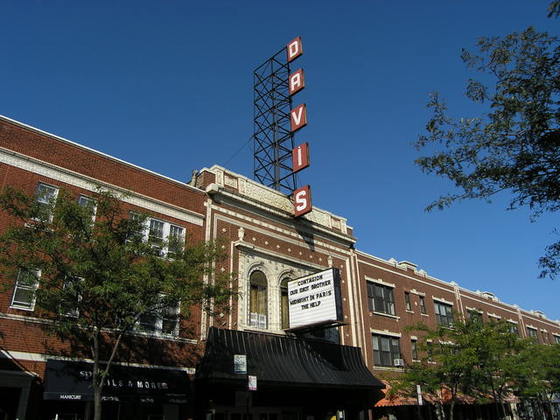 From DNA Info: It’s one of the most eagerly anticipated movie premieres of the year — the return of the Davis Theater.

The cinema, 4614 N. Lincoln Ave., has been closed since January for a multimillion-dollar makeover.

The opening date is now looking like November, according to owner Tom Fencl, who’s aiming to have the Davis up and running in time for the holiday season.

Stadium seating is taking shape in the Davis' two front theaters (labeled Theater One and Theater Three) and meticulous restoration work is progressing on the main theater (aka, Theater Two), which is being returned to its Art Deco glory.

While the entire project looks a long way from completion, Munro emphasized that much of the most time-consuming work — electrical, plumbing and drywall — is largely finished.

He also revealed that key players have been hired to run Carbon Arc.

Gilbert Langlois, owner of the shuttered Chalkboard and a neighborhood resident himself, has signed on as chef, Munro announced.

“He has the education, the training and the knowledge to blow people away,” Munro said.

The pillars of the menu have been established as flatbreads and fusion tacos — in the spirit of portability and speed for moviegoers — but the reins have been handed over to Langlois to develop the actual dishes.

“We’ve drawn the box … he gets to bring that creativity to the table,” Munro said. “Our residents know good food — we want to bring what we consider good food.”

Langlois is also the father of a young son, which will serve him in good stead while crafting what Munro hopes will be a particularly robust kids menu.

Given its affiliation with the Davis, the 16,000-square-foot Carbon Arc will face a challenge few other restaurants in the area have to consider — the potential for hundreds of patrons to flood the host stand at the same time.

To that end, Carbon Arc’s general manager Michael Ree has been poached from Cubby Bear in Wrigleyville.

Munro got his own taste of pre- and post-show rushes in his former job at The Grafton, a popular choice for diners attending concerts at Old Town School.

“We would get knocked out,” he said. “I at least have a little experience with how to deal with that.”

The key is communication, he said.

“Every server and bartender is being trained that the first question they should ask customers is ‘What are they here for?’” Munro said.

For diners in a crunch to make a movie’s opening credits, staff will not only be able to guide patrons through the menu from an ingredients standpoint but from each dish’s timing as well, “so there’s no surprises,” he said.

On the bar side, patrons should expect a combination of classic and contemporary cocktails — with the potential for drinks tied to particular movies — and a beer list that includes both micro and macro brews.

“Craft beer will be well represented but we’re going to take care of the broader spectrum,” Munro said.

As someone who’s seen his share of bars and restaurants, Munro said he’s particularly excited to marry his professional experience with his personal passion for movies.

“There’s a little bit of having to pinch myself,” he said.

Link to the story, with several renovation photos: https://www.dnainfo.com/chicago/20160907/lincoln-square/davis-theater-taking-shape-see-progress-meet-carbon-arcs-chef 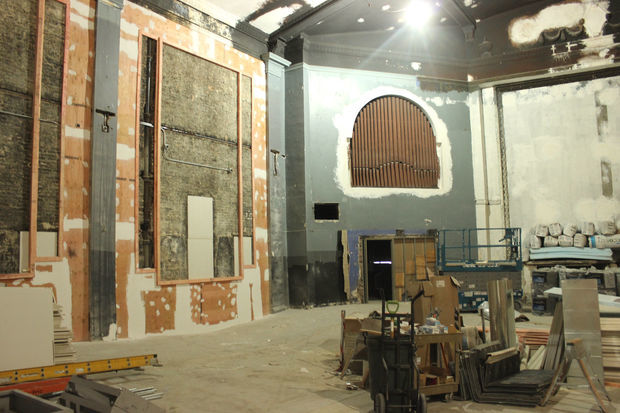 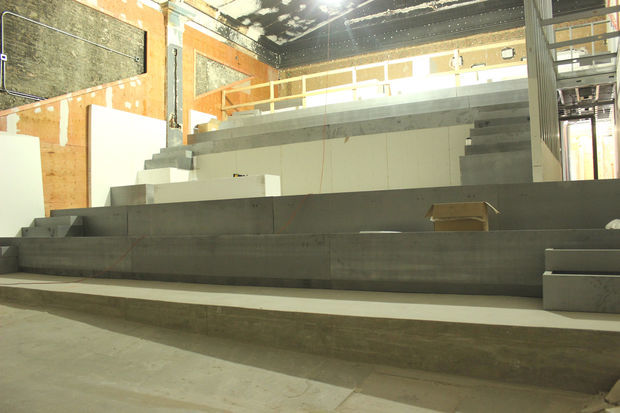 Any vintage pics of this theatre inside?