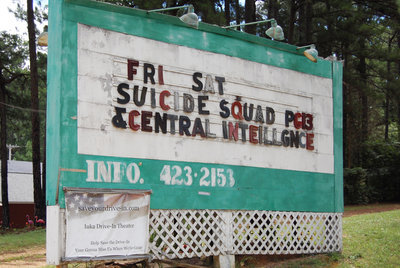 From the Daily Corinthian: For Mississippi’s only remaining drive-in movie theater, the show must go on.

Even after most major film production companies halted the making of 35 mm film used by the Iuka Drive-In last December, manager Earl Curtis had the find a way to keep this drive-in open.

“Thankfully a couple of companies continued to release some of the bigger titles on 35 mm film,” said Curtis, who has leased to drive-in from Bubba Jourdan for the last 30 years. “I think we’ve only shown like five movies all summer.”

The historical landmark on West Quitman Street has been a fixture in Iuka since around 1957. Normally open from April-October, Curtis decided the drive-in could only support June-August or September this year.

“Labor Day might be our last weekend,” he recently told the Daily Corinthian.

“Suicide Squad” and “Central Intelligence” have been showing as a double feature at the drive-in for more than a month.

“I know our customers have got tired of the same couple of movies being shown this year, but we’ve been trying the best we can,” he said. “It’s better to be open and show the same thing, then to be closed for good.” Earlier this year, Curtis launched a Gofundme online account to try to raise the $50,000 needed to update the drive-in’s old 35 mm projector to a new digital projector.

A month ago he found an even better deal.

“TriState Theater Supply has a used digital projector for $10,000 and our plans are to get that one. Hopefully, we can have it upgraded by next year and back to showing first-run movies,” said an excited Curtis.

With less than $8,000 to go, Curtis said they can’t do it without the community’s continued support and donations.

(Online donations can be made at gofundme.com/keepiukagoing. For more information, visit facebook.com/iuka.drivein.) 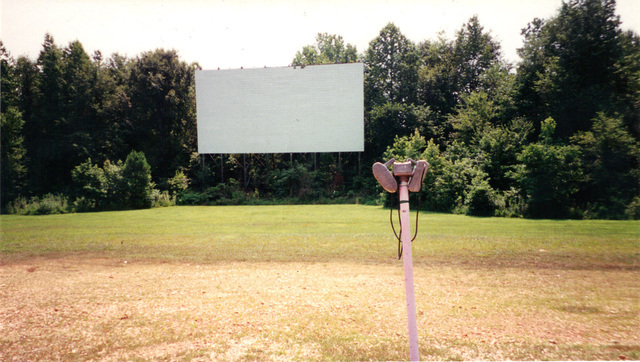