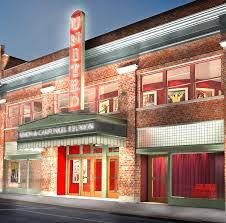 From The Day: After making significant investments in Watch Hill and downtown Westerly, Charles “Chuck” Royce is now part of a team focusing on the transformation of the old United Theater into a culture and arts education center where students will be able to learn, artists will display their work or perform and the public will come to be entertained. “Of all my downtown projects, this is real and symbolic. It’s smack in the middle,” Royce said in an interview. The newly named Ocean Community United Theatre at 5 Canal St. was acquired in 2006 by the Westerly Land Trust as part of its urban initiative and is now the centerpiece of the estimated $15 million arts and education center. The onetime vaudeville theater, opened in 1926 and later converted to a single-screen cinema, was closed in 1986 and shuttered for two decades before it was acquired by the land trust. Three years after buying the theater, the land trust bought the former Montgomery Ward building next door, and the two structures will be married together for the project that will include a music school, spaces for rehearsals, workshops and master classes, and studios for teaching and producing film and video, live performances and fine arts. There will also be a performing arts center, cinema and art gallery — all with a focus on educating and entertaining. Royce and others on the United Theatre board, who have been meeting monthly to move the multimillion-dollar project forward, foresee the arts complex as a downtown magnet that will draw artists and performers, students and audiences for the shows, concerts, exhibits and classes. “We believe it will be an epicenter of entertainment,” said Bill McKendree, president of the board. “Our vision is not just that it will be a facility, but that it will be a regional mechanism to facilitate the arts.” McKendree said the group envisions year-round classes, events and activities, and maybe a Spoleto-like festival similar to the famed 17-day event held in Charleston, S.C., each spring. Spoleto packs crowds into performance spaces around the city to see and hear both well-known and lesser-known performers doing everything from dance and opera to symphony and jazz music. “Our picture is bigger than the building itself,” he said. “Like could we have an opera festival or taste of Italy for the month of June?”

Simon Holt, executive director of the theater group and founder of the Salt Marsh Opera, traveled with some of the board members to the Oregon Shakespeare Festival in Ashland, Ore., to get ideas from the successful nonprofit professional theater there founded in 1935. The OSF runs for a 10-month season with three theaters and a variety of performances — not limited to Shakespeare — as well as lectures, classes, workshops and tours. “Ashland is a similar-size town to Westerly, and they host the Oregon Shakespeare Festival,” Holt said. “They created 60 years ago what we are trying to do now.” And he added, “We want to be the Lincoln Center of Westerly.” Plans for three theaters The group, which has invested more than $3 million in the old theater, shoring it up, gutting some of its deteriorating interior and installing a temporary black box theater that has been used for occasional performances, is ready to launch a capital fundraising campaign to begin the next phase of the project. The group recently received a $225,000 grant from The Champlin Foundation toward construction of the education center component of the project. They also were funded $2.3 million through the 2014 Rhode Island Creative and Cultural Economy Bond, with matching funds from the Royce Family Fund. And there have been additional private donations, and plans to use historic preservation tax credits.
McKendree said that, early on, the focus was “to stop the leaks and keep the bricks from falling off the building.” Then, the land trust formed a United Theatre board, created a nonprofit and came up with its detailed plan for the two properties. They also reached out to artists and performing arts groups such as the Granite and Colonial theaters and Trinity Repertory Company in Providence, as well as many others, to initiate partnerships. The Artists' Cooperative Gallery already is housed in the old Montgomery Ward building and has been there about six years. Another tenant is PEG (Public, Education & Government) RI-TV, the public access station that, like the gallery, will remain after the renovations. The next phase will include making the properties functional, and installing or updating heat, water, air conditioning and electricity. The arts education space will be on the third floor of the old Montgomery Ward and will be run by the Rhode Island Philharmonic Orchestra & Music School. Eventually there will be three theaters. One will be a 48-seat storefront space off the lower-level lobby, called the Legacy Theatre, which will reuse some of the United’s original, refurbished seating. Another theater, about 120 seats, for cinema, will be on the second floor, and the last, as a final phase of the project, will be a 336-seat main theater in the original United vaudeville and cinema space. Renderings of all the planned improvements are on the United Theatre website, www.unitedtheatre.org, including a grand staircase that will connect the theater and department store buildings. McKendree said in addition to showcasing the arts, the project will be an economic driver. “I think this will be a very powerful force in putting Westerly on the map,” he said. “And it’s going to be an integral step to revitalizing the downtown when those renovations begin in the spring. Just the promise of the theater coming here has already helped.” Holt said the project was designed with the various users in mind, and the hope is that existing arts groups, even those who already have dedicated spaces, will use the new facilities. “I believe this (theater project) will generate its own sense of urgency and commitment, but honestly it’s a little bit of ‘build it and they will come,’” said Royce, who is a staunch supporter of downtown Westerly. Royce is best known as the visionary and financial backer behind the $140 million rebuild of the iconic Ocean House in Watch Hill, one of only eight Forbes Triple Five Star hotels in the world. He also renovated and reopened the Weekapaug Inn, another luxury property. And he’s invested downtown, in a number of buildings and businesses, as well as a $1.8 million contribution from the Royce Family Fund toward a satellite location of the Community College of Rhode Island off Friendship Street near the railroad station. The campus will help to serve as a training site for skilled laborers needed at Electric Boat in Quonset Point and Groton. “Westerly is a beautiful, wonderful town,” he said. “And that is not just my view, it is self-evident. It’s a vibrant place, and people want to visit and live downtown.” Annie Philbrick, owner of the Savoy Bookshop & Café at 10 Canal St., agrees. She opened her business 10 months ago with encouragement and support from Royce, and she is enthusiastic about the United Theatre plans and her first year in business in Westerly. “We had a fabulous holiday season,” she said. “We are a bookstore, a café, and a destination for people to go. And we were packed.” And as for plans for the United, she said, “I think it’s wonderful for the whole town and for us selfishly and personally.” The bookstore frequently looks for outside spaces to host author events or other activities, and with three theaters and meeting space, Philbrick said the Savoy will take advantage of the refurbished United. “We hold 60 or 70 people, so we are always looking for partnerships,” she said. “And this is great, just great, because they are right across the street. We totally support it and would love to see it happen."
McKendree’s board plans to hire a construction manager soon so the next stage of the work can begin early this year. "We are engaging the whole community,” Royce said, likening the United project to the Avon Theatre in Stamford that he and his wife, Deborah, bought in 2001, and renovated and reopened in 2004. “It’s a classic art house cinema, and the community uses it. It’s not just a movie house. And my belief and hope is that is what is going to happen here.” 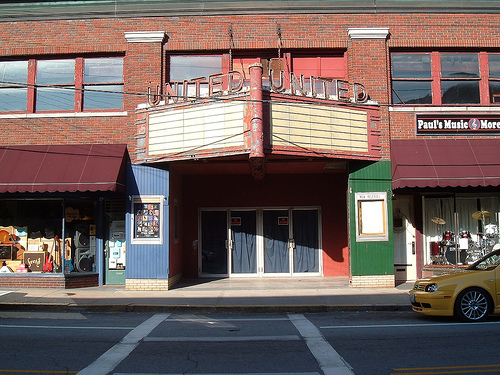 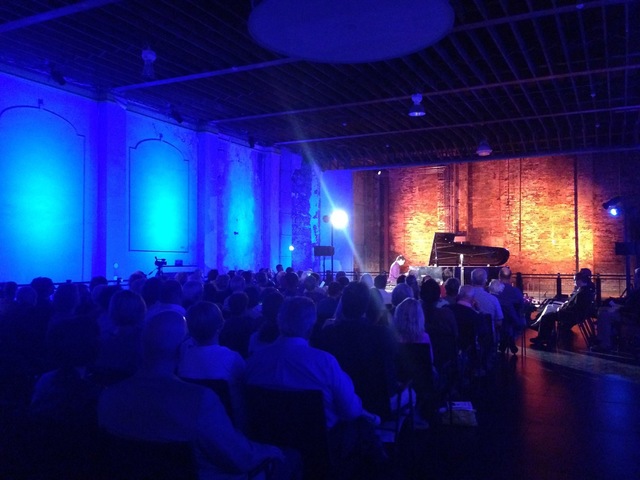 This is fantastic,similar to what Sidney Frank of Greg Goose enabled at NFA in Norwich.One can only imagine the wonderful media that will be encouraged and developed from this project.Growing up in Newport, RI in the early sixties,something akin to this would have been incredibly important to me.The youth of Westerly will have an awesome resource for self expression.

I definitely enjoying every little bit of it. It is a great website and nice share. I want to thank you. Good job! You guys do a great blog, and have some great contents. Keep up the good workcredit card processing sales jobs

Normal appointments listed here are the easiest method to thanks for the work, that means that I am going to the website daily, searching for brand new, fascinating data. Numerous, thank you!n95 mask