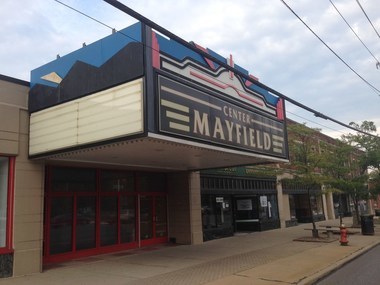 From Cleveland.com: Closing credits are rolling for the long-vacant Center Mayfield Theatre, with a demolition permit for the entire complex recently obtained by the owner.

City Council learned of the plans Monday (Jan. 9) from Housing Programs Manager Allan Butler, who said that crews were already on site taking up the asphalt parking lot at the corner of Mayfield Road and Vandemar Street.

Reached Tuesday, property owner Art Treuhaft said he’d driven by the complex the day before, but had “no idea where they are with the demolition.”

Plans call for clearing the 1.5-to-2-acre site and putting it back on the market in February or March, Treuhaft said.

The theater showed its last movie in 1996, although there were a succession of tenants since then, including a video rental shop and then briefly a liquor store.

“Up to two or three years ago, it was fully occupied, with the exception of the auditorium,” Treuhaft said, adding that tenants have been vacating ever since.

Councilwoman Mary Dunbar asked about architectural merits for the theater, opened in 1936, with the other storefronts being built in stages beginning in 1917.

City preservation officials, who are working on a historic inventory of local commercial buildings, have toured the theater.

While the Master Plan being drafted by the city with Cuyahoga County officials mentions continuing efforts to slow down the demolition process that has already been discussed for over a year.

“There is really no historical significance and it’s not the same architectural quality as other buildings in the city,” one official said. One interested buyer for the property last year was Circle K, which wanted to put a 16-pump gas station and convenience store on the site, a plan that was staunchly opposed by the surrounding neighborhood and subsequently scrapped.

But city officials noted then that the property owner could tear the buildings down at any time, something Treuhaft brought up in 2015.

Speaking at a public hearing on behalf of Circle K last March, Treuhaft called the strip “obsolete,” with parking problems, ADA access requirements for the theater, nearly $180,000 worth of asbestos removal needed and over $63,000 a year in property taxes.

Councilwoman Melissa Yasinow asked about the two adjacent houses on Vandemar that Circle K wanted to buy and tear down to increase the size of the site.

She learned that a private investor has bought one of those homes with plans to renovate it to continue as a residence.

As for the already commercially-zoned property, Mayor Cheryl Stephens said there is a “limited universe of things they can do there,” and most of them are uses that the neighbors would not object to.

One of them, C. J. Nash, who initiated the opposition to Circle K and was in attendance at Monday’s Committee-of-the-Whole meeting, said afterward that this was the first she had heard of the demolition plans.

Treuhaft said Tuesday he does not know what kind of interest is out there for the property.

Back in 2015 when he announced that demolition would be considered if he could not sell the property “as-is,” Treuhaft noted that the market was changing.

“We have no idea what the future holds for retail properties on Mayfield Road,” Treuhaft said at that time. “Buyers would probably determine what kind of retail is in demand.” 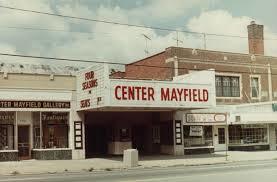 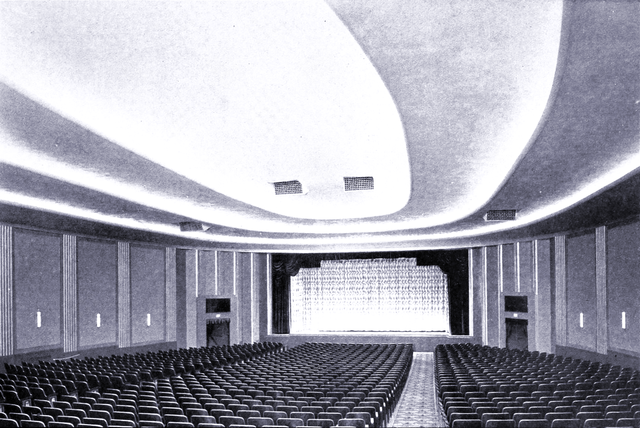 Sad news. The Center Mayfield was one of my primary theaters in my movie-going college days back in the early 1970s.