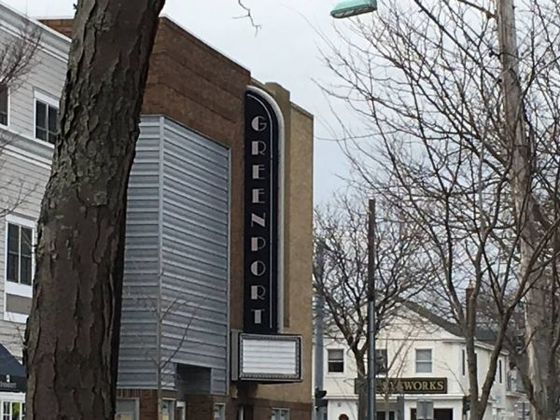 From the North Fork Patch: The movie theater in Greenport could soon be open on weekends in the winter — and the cinema’s owner spoke to Patch this week to describe how the community can make the idea come to life.

Recently, Greenport Village Mayor George Hubbard told a crowd at Peconic Landing that he’d spoken to the theater’s owner Josh Sapan about the possibility of keeping the doors open year-round, at least on weekends.

Sapan told Patch that he would love to keep the theater open year round. “As long as I can cover the expenses of heat, insurance, and management, I would be delighted,” he said.

Sapan then reached out to describe how the idea could unfold.

“I am very happy to provide the theatre rent free to the community for them to run it outside the summer,” Sapan said. “Our manager, projectionist and staff are hired for the summer, so the community would just need to cover expenses for insurance, heat and the like, and find people to manage the theatre, do the booking, projection and operate the concession,” he said.

Sapan agreed with residents who have enthusiastically embraced the idea on social media, stating that they’d love to have a movie theater to enjoy year-round.

“I have always dreamed of the theatre being open all year,” Sapan said. “The theatre is a passion of mine and I love providing the theatre at no cost to The Maritime Museum for their film showings, to the student film program at no charge for their film exhibition, and working with East End Arts,” he said. “We have an artist exhibit of their work each summer. There have been superb photography exhibitions.”

Last year, for example, an exhibit by the “extraordinary photographer Andrea Tese who has a place on the North Fork,” was featured, he said.

Completely as a personal project of the heart, Sapan, on his own, purchased the Greenport Village Cinema in 2004.

Since then, he said, the theatre has been renovated completely, with the Greenport sign on the front originally designed and fabricated, and the metal facing and ticket booth designed.

Sapan said his brother in law and his husband, of Foley Fiore Architecture in Cambridge, MA, have expertise in historic preservation.

In addition, Sapan added, “We renovated the bathrooms — and were able to save the beloved maroon urinals in the men’s room. Now that’s an achievement!”

All four theatres and seats, he said, were refurbished, with an attempt to keep the original architecture and design intact.

Two years ago, the theatre was converted to digital, with digital projectors installed and purchased, Sapan said.

“We produced a short black and white film to play before movies, with music by acclaimed composer Bruce Wolosoff who lives on Shelter Island,” he said. The theatre does not show commercials.

A love affair with cinema

From the first, the Village Cinema, with its walls echoing of days gone by, spoke to Sapan.

“Since I was a kid, I have loved movies and movie theatres,” Sapan said. “The movie ‘Cinema Paradiso’ made an big impression on me, as it was an homage to movies and movie exhibition. Growing up, I paid $3 to watch four movies in a row in a beat up Times Square theatre. The movies were billed as ‘Spend a Day with Clint Eastwood’. They were ‘spaghetti westerns’, three directed by Sergio Leone, with music by the great composer Ennio Morricone. It was a rare nine hours that crystallized my love of sitting in a dark theatre in front of a big screen.”

During college, Sapan ran film societies and after graduation, he set up a “mobile touring movie exhibition business.”

Ever creative, Sapan’s business model meant packing 16 mm projectors in the back of his Nash Rambler station wagon and taking his theatre on the road, renting exhibition halls where he showed foreign films such as ‘The Bicycle Thief’ by Vittorio De Sica,‘ 'Last Year Marienbad “ by Alain Resnais and American classics such as 'The Man who Shot Liberty Valance’ by John Ford and ‘Touch of Evil’ by Orson Welles.

That deeply ingrained love of film explained why he followed his heart and purchased the Village Cinema as a personal project, he said.

“I found the opportunity to continue that in a permanent home in Greenport irresistible, as the theatre is historic and Greenport such a wonderful place,” he said.

Film, and the movie houses that present them, touches the deepest part of Sapan’s heart, he said.

“There is a song by Loudon Wainwright of Shelter Island called ‘Movies Are A Mother to Me.’ In it, he beautifully describes the healing qualities of going to the movies. I wanted to see the Greenport Theatre survive so Greenport had a theatre. As so many historic theatres are disappearing I thought the theatre should not be torn down, but should be preserved and alive and vital,” he said.

And now, he said, the darkened theatre is just waiting for the chance to open its door years round. “Whenever the community is organized and ready, the theatre is there,” he said. 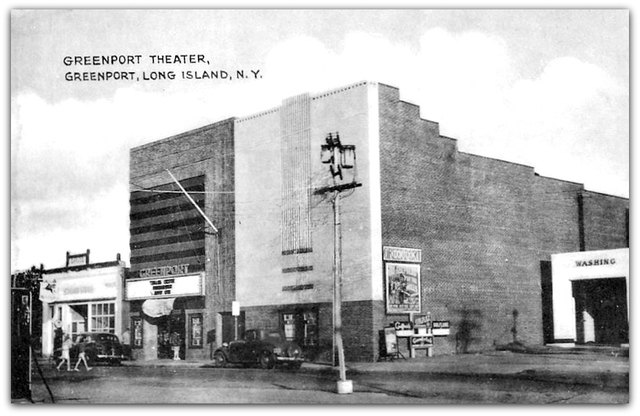 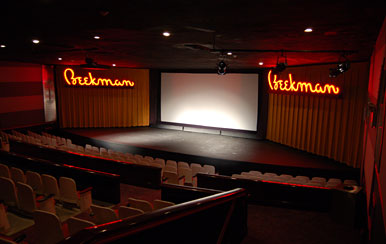