Los Angeles, CA - The Night on Broadway Festival Has Become One of L.A.’s Best Free Events 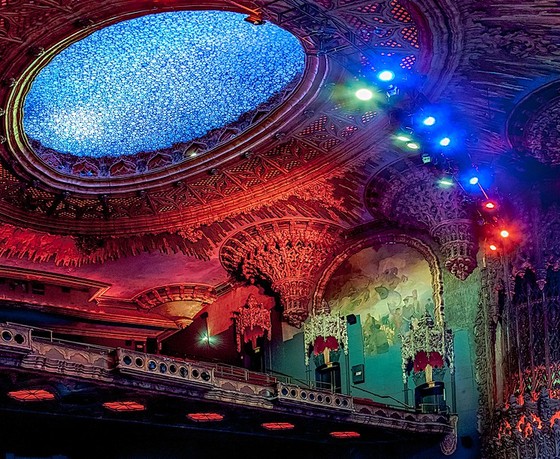 From LA Weekly: The restoration of the Orpheum Theatre, followed by an even more high-profile facelift at the Theatre at Ace Hotel, marked the start of a renaissance of sorts for Los Angeles’ many downtown theaters. A number of these dot Broadway, which at one point rivaled its New York counterpart with its cultural offerings. In 2008, Los Angeles City Councilmember Jose Huizar started his Bringing Back Broadway initiative, a 10-year plan to revive that particular thoroughfare, many of whose theaters have spent decades either vacant or not used to their full potential. The Bringing Back Broadway initiative has met many of its goals and now showcases Broadway’s renewed glamour once a year in a free street festival: Night on Broadway. In its third year, Night on Broadway has grown from 35,000 attendees in 2015 to 60,000 in 2016. On Saturday, Jan. 28, a mile-long strip of Broadway stretching from 3rd Street to Olympic will be closed off for the festival starting at 4 p.m. and running until 11 p.m. Six of Broadway’s historic theaters occupy this stretch and will host music, art and comedy: the aforementioned Theatre at Ace Hotel and Orpheum, as well as the Globe, the Palace, the Los Angeles and the Million Dollar.

The music is a mixed bag, featuring artists and DJs from Los Angeles staples including KCRW, dublab and Funky Sole as well as the trendsetting sounds and visuals of indie pop label Iamsound and an emerging local artists stage curated by Viva! Presents. Many theaters will have themes specific to their history, such as “Recalling the Golden Age” at the Million Dollar Theatre, with tributes to Pedro Infante, Antonio Aguilar and other stars of classic mariachi music and Mexican cinema. Additionally there are a few outdoor stages, including a main stage at Olympic and Broadway — a first for the festival — featuring headliners Mayer Hawthorne and Oingo Bongo Dance Party, among others.

“We have an eclectic group,” says Huizar. “We want people to experience what they may have seen in these theaters in the past, and what they may expect to see in the future, exposing them to performances they might otherwise not come across, something a little bit out of the ordinary — but always with a connection to what used to be on Broadway.”

“We can take a lot of risks because this is not a ticketed, commercial event,” a representative from Huizar’s office says. “It’s really about how we can bring to light the very best and most interesting things happening in Los Angeles. What we try and curate for the program is all L.A.-based artists, L.A.-based music, L.A. culture — what’s happening right now.”

All aspects of Los Angeles creativity are on display at Night on Broadway. William Close’s Earth Harp, a multi-story art installation-slash-musical instrument, will be strung from the Beaux Art State Theatre office tower. Club promoters the Boulet Brothers will curate a “Proud Block Party” for the LGTBQ community. There will be a virtual reality playhouse curated by Full-On 360, comedy at the Palace Theatre, activities such adult dodgeball and “chessboxing,” and a silent disco featuring KCRW DJs.

One of the festival’s most intriguing offerings is “Advent of the VJ” at the Orpheum. Presented by visual content designers Immanent, it’s a showcase for the behind-the-scenes individuals who create the visual component that is such a crucial part of experiencing music today.

“We lost a good friend of ours, Jonathan Bernbaum, in the Oakland Ghost Ship fire,” says Immanent’s CEO/creative director, Drew Best. “For the last five years [Birnbaum] had been touring with Knife Party. When the headlines came out, they said things like: ‘Knife Party’s VJ Dies in Ghost Ship Fire.’ For us in the community, it was unfair to talk about the music group and not the artist himself. It brought up the point that we are artists doing an awful lot of work for each event, under pressure to perform, most of us in real time in front of hundreds of thousands of people weekly, and we’re unknown.

“Our intention with this showcase is to shine a light on the people that work behind the scenes at festivals and nightclubs and concerts,” he continues, “We want it to be educational. We see musicians underutilizing these audio/visual tools. We’d like to put pressure to see them to take advantage of the technology.”

“Advent of the VJ” has a running order not dissimilar to the other stages. The staggered program flips between Q&As with key figures in the field such as Michael Fullman of VT Pro Design (Martin Garrix, Dillon Francis) and Mike Carson (Drake, Rae Sremmurd) to audio/visual performances from Mekanix with Raiz and G-Netic with Origin, closing out with UZ alongside Best himself.

The idea behind this type of short-format scheduling is that attendees will be able to break up their visits to the theaters and experience as much of what Night on Broadway has to offer as possible. Capacity is not an issue overall, but the theaters do reach their limits, so movement between attractions is encouraged.

“We want people to rediscover the historic theaters, these architectural gems, by letting them know about this beautiful quarter that has played such an important role in the city of Los Angeles,” says Huizar. “A free event attracts people to this, the quintessential Los Angeles. We’re inviting people to discover a renewed Broadway, and to rediscover that Broadway is open for business.” 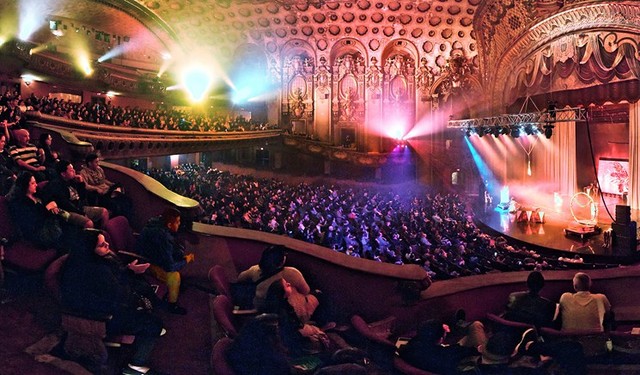 thanks for sharing this1 fence companies st louis mo