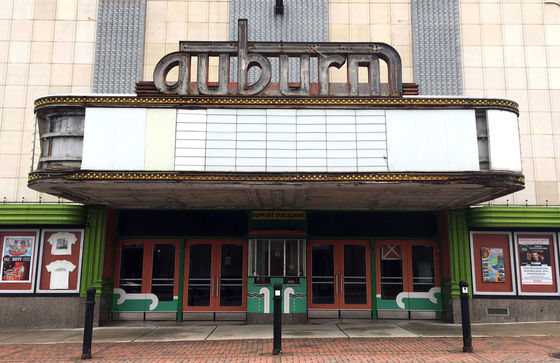 From Auburnpub.com: After a stagnant 2016, the Cayuga County Arts Council has taken steps early in 2017 to reinvigorate its long-running restoration of the Auburn Schine Theater.

The seven-member council board completed a work session Jan. 7 with former Auburn Mayor Melina Carnicelli, according to a recent news release. The board emerged from the three-hour session, held at Beardsley Architects & Engineers in Auburn, with new mission and vision statements. The former declares the council’s commitment to restoring the 1938 art deco theater “by engaging community partners”; the latter describes the council as “a sustainable downtown business located in the historic Schines Theatre that promotes, educates and supports the expression of talent.”

The council, the release continues, will reach out to community members this year to fill various committee positions. In a Friday phone interview, council Vice Chair Dia Carabajal said the areas in which it could most use that community assistance are fundraising and communications, as well as the council’s already existing building committee. That committee’s chair of almost two years, Tim Kerstetter, left the council at the end of his term in December because he could no longer make the time commitment the project requires, he said Friday.

More than anything, Carabajal said, the new members bring “fresh energy” to the council’s almost 20-year mission to restore the Schine, a John Eberson-designed movie theater that screened its last film in 1978.

“It’s a daunting task,” she said of the Schine project. “We suffer from a little burnout.”

Further, Carabajal said, the council gains organizational and social media skills by adding Prego-Milewski, an administrative specialist for Cayuga Centers. In Tanner, a Beardsley employee and engineering technician for the city of Auburn, the council gains building know-how and grant-writing experience, she said.

However, Loperfido’s continuation as board chair and Carabajal’s change from member at large to vice chair seemingly contrast earlier statements he made to The Citizen that the council would elect new officers in spring 2016. Loperfido, the chair since 2010, is now serving a third three-year term. He was also a member of the council in the mid-90s as it circled buying the Schine, which had been optioned for purchase — and, probably, demolition — by Wegmans. Carabajal, meanwhile, has been on the board since the early 2000s, serving as its chair from 2004 to 2010.

Friday, Carabajal said she and Loperfido have retained their leadership roles because no one else on the board has expressed an interest in assuming them. She added that since the council no longer has a membership — which it suspended years ago as the Schine increasingly consumed its attention — it is “absolutely kosher” for Loperfido to remain chair, and her to become vice chair.

“It’s such a big, complex project that the longevity Jim and I have adds to that understanding,” she said. “Jim and I are not opposed to anyone else wanting to step up and take that role.”

Carabajal also rejected the notion that her role as vice chair creates a conflict of interest given her position as an Auburn city councilor. The role entails no more responsibility than being a member at large, she said. Auburn corporation counsel OK’d her holding both positions since she filed a disclosure with the city after her January 2016 swearing-in, she continued, and she abstains from city council votes directly related to the Schine. She also had no input into the theater project’s inclusion in the city’s application to the 2016 Downtown Revitalization Initiative grant program, she said.

Since Oswego was instead selected to receive that program’s $10 million prize, the Cayuga County Arts Council returned to square one in 2016 when it comes to fundraising. Carabajal said it applied for a Technical Assistance Grant of $3,500 to advance repair of the Schine’s marquee — deteriorated from years of South Street 18-wheelers grazing it — but was denied. Otherwise, she continued, no new money came into the project in 2016 aside from the parking revenue the council earns from renting the area behind the building off Lincoln Street.

Though the marquee is the most public component of the Schine project, Carabajal said, it’s not the most urgent. That would be the theater’s asbestos. The carcinogenic mineral must be removed from the building before any interior restoration work can proceed, and is therefore the primary focus of the arts council’s fundraising.

As of early 2016, the council’s estimated price tag for asbestos remediation was $625,000. Council board member Onori said that phase of restoration may itself need to be broken into phases due to the extent of remediation required. As a Brownfields site, the project was eligible for a 2014 Environmental Protection Agency grant of $200,000, but denied because the proper site study wasn’t conducted at the time of the Schine’s purchase in 1998. That hurdle, Onori said, has since been resolved, and the council will apply in May for more grants to fund the remediation.

Another hurdle to the council’s fundraising efforts, Carabajal said, has been criticism of the Cayuga County Arts Council’s handling of the Schine project. Many grant applications ask for letters of community support, she continued, and such criticism leaves would-be writers reluctant to give that support to the council.

“We’ve suffered from half-truths, misinformation, conspiracy theories, perhaps even urban legends,” Carabajal said. “In a lot of ways, we haven’t done a good job as the Cayuga County Arts Council of countering some of that negative echo chamber that seems to happen around this project.”

Todd Gaglianese, a former arts council member active at the time of the Schine’s purchase, and later its building manager, said community outreach is but one step the current council must take to restore public faith in the project. He said Carabajal — whom he’s accused of hijacking the arts council in the mid-2000s — and Loperfido should hand the building over to a new entity altogether. 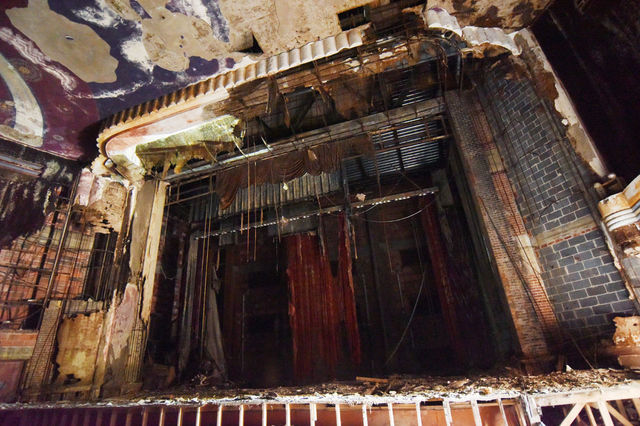 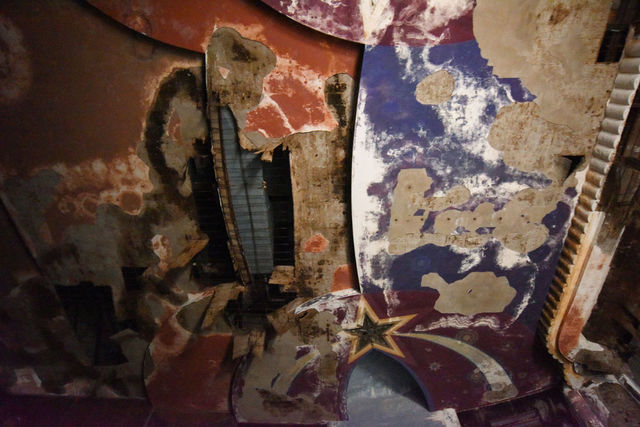 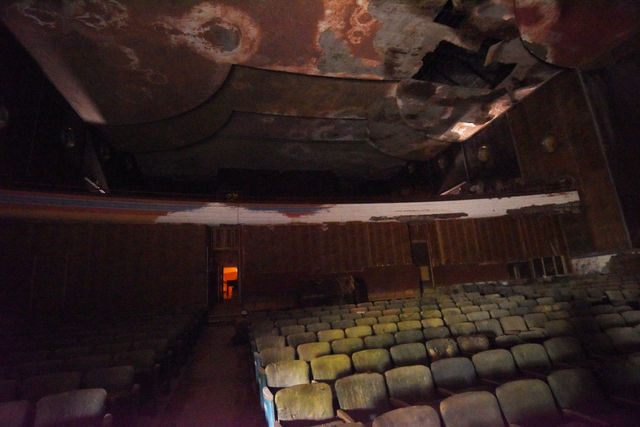 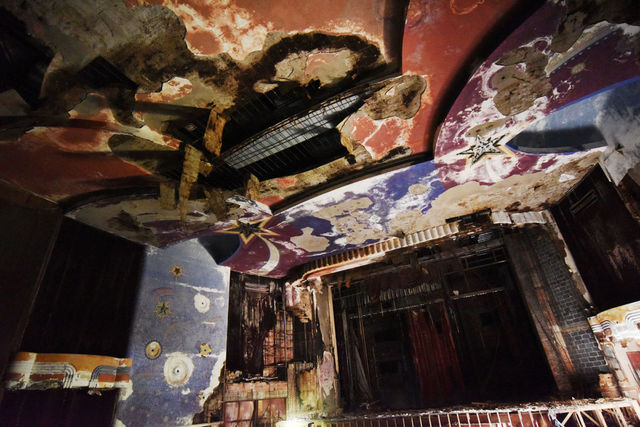 I can’t believe this once great theatre is just left to rot year after year. I toured this once proud cinema many years ago with the THS group under our past president host Miss Karen Noonan. She cares about the place. It was in way better shape then. You would think some company in town would take It over, do the long needed remodel work and name It after the people that helped pay for the remodel. The project just keeps going in circles. There will be a time soon when It will go past the limit for any salvage work to be done to fix this once proud cinema to be brought back to life for a new generation to enjoy in downtown Auburn NY.