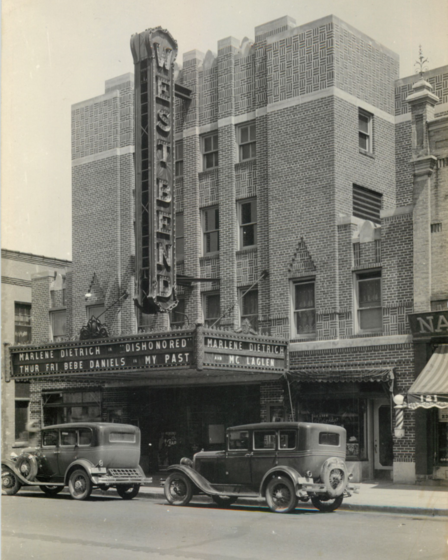 From the Journal-Sentinal: Two competing plans have surfaced that would reuse the historic, but long vacant, West Bend Theatre in that community’s downtown.

Historic West Bend Theatre, a nonprofit group, is talking to city officials and others about its plans to renovate the building, 125 N. Main St.

That group would convert the former cinema into a venue for such events as concerts, dance recitals and weddings.

Meanwhile, a separate group wants to demolish most of the building but preserve the front facade, featuring the marquee, as an entry way into a new park and outdoor amphitheater that would overlook the Milwaukee River.

That group advocating the park and amphitheater plan has nearly raised the $700,000 it says is needed for the project.

“We’re very close,” said Mike Husar, who’s leading the effort. He is an owner of Husar’s House of Fine Diamonds, a longtime West Bend business that is next to the former theater.

The West Bend Theatre opened in 1929 and stopped showing movies about 10 years ago. It was later sold to Ascendant Holdings LLC, a real estate development and investment group co-owned by West Bend native Matthew Prescott.

The park and amphitheater project would replace a blighted property with a new use that would bring more life to downtown, Husar said.

It would connect to a new pedestrian bridge, replacing a decrepit one behind the theater that is closed.

That would provide another path over the Milwaukee River between downtown and the nearby Museum of Wisconsin Art, Husar said. The museum last April announced plans to buy a neighboring vacant parcel on Veterans Ave. and create a park-like campus on that site.

Also, it would cost less to build and maintain the park and amphitheater than to convert the former cinema into a new events venue and operate that venue, Husar said.

Historic West Bend Theatre is led by Lisa Rowe, an associate lecturer of communications-theater arts at University of Wisconsin-Washington County in West Bend.

Rowe’s group has conceptual plans to renovate the building into a venue with seating capacity of around 400 people, said Scott Georgeson, the project architect.

The renovated venue would preserve the building’s stage, he said.

However, it would include movable seating that would allow for both live performances as well as weddings and other banquet-style events, said Georgeson, who operates Orchestra Design Studio in Milwaukee.

That flexibility would keep the venue as active as possible and create more opportunities to earn revenue for the building’s operator, he said.

Husar said his group has been working on the park and amphitheater plan for about a year.

Historic West Bend Theatre was organized last spring, and needs to raise an estimated $1 million to $2 million for its proposal, Georgeson said.

“I don’t think we prefer a certain proposal,” said Prescott, of building owner Ascendant Holdings. “The important thing to us is that its next owner has a good long-term plan that they can actually follow through on and benefit the entire downtown area.” 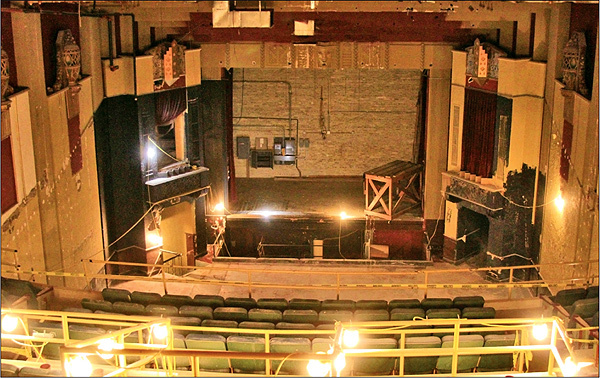 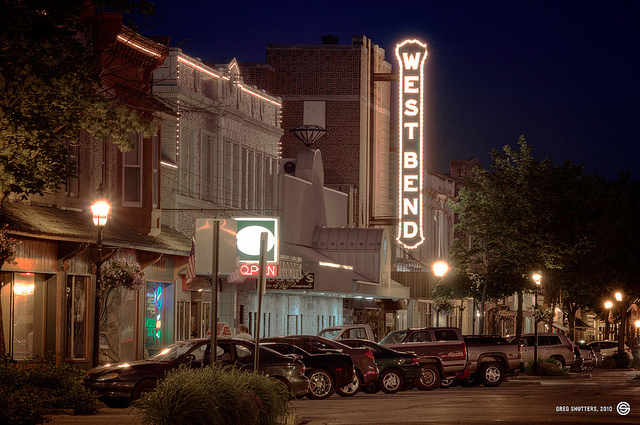