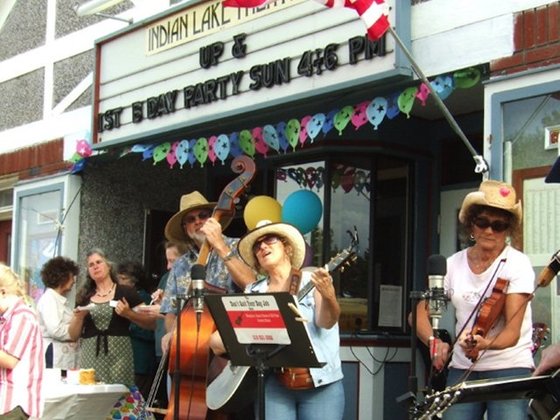 From The Sun: It was a little more than 10 years ago that nearly seven decades of community memories, experiences and life events were shuttered-up inside what had been the Indian Lake Theater. The movie house closed its doors in late-2006 and threatened to become a memory itself. The theater, where so many members of and visitors to the Indian Lake Community had special memories, was at risk of ceasing to exist. These were memories that marked milestone events in the lives of those who frequented the theater. Memories of having their first job at the theater, holding hands with a loved-one for the first time, sharing a first kiss, enjoying entertainment with friends and family or just spending a quiet time in the darkened room on a rainy afternoon or evening being transported by a film to a special place or becoming a part of an exciting story. Surely, the shutters were on — but the memories were working overtime. The memories were beginning to motivate a new chapter in the theater’s history. Slightly more than two years later on March 6, 2009, a local community organization purchased the 250-seat venue, capping off a 12-week, round-the-clock effort that saw nearly 500 people help to raise $160,000.
The downtown movie house, for most small towns across America is a rapidly fading memory. But in Indian Lake, a historic theater began a new life nearly 10 years ago in a town with a population of 1,400 — all thanks to the efforts and determination of the surrounding community. The shutters came off and a non-profit, multipurpose community center was formed into a space for new and classic films, live community theater, concerts and special events for the community. Continuous refinement of space and capability has most recently been joined by digital technology, allowing The Indian Lake Community Theater to show the latest films coming out of Hollywood as well as the imaginations and efforts of independent filmmakers from around the world. It has been nearly 10 years since the new chapter in the theater’s life has been started by a determined and committed community, but, as Theater Director Sue Montgomery-Corey put it: “Progress always comes with a price.”
Montgomery-Corey said even a standard film costs $250 to acquire for showing and an additional $40 for each trailer.
More popular films cost more to acquire, and with companies like Disney that take a large, flat percentage of the gross for the showing of their films, the theater can have a hole to climb out of that can be as deep as 40 percent of gross revenue.
All this represents a challenge for the theater given the low admission price of only $5.
“For each showing, we need to have 80 paying customers in order to just cover the hard cost of the showing,” said Montgomery-Corey. Concessions help, and children deliver some good concession revenue. But films for adult viewers just don’t seem to deliver the concession sales that are so often touted by other theaters.
“Perhaps we need to survey our adult customers to see if there is something else they would like to see us offering in the way of refreshments.” “If nothing else, the operational cost situation should make the community realize that it cannot start taking this fantastic community resource for granted,” Montgomery-Corey said. Operations, she said, are about as grassroots as it gets. Montgomery-Corey said she enjoyed seeing how the theater’s following is expanding, with crowds coming as far as Olmstedville. And while the venue’s Facebook page has drawn likes as far away as India and Pakistan, just liking the theatre doesn’t keep the doors open, the director points out. Surely the theater’s history and inspiring story of small community determination have a lot to do with its widespread popularity even beyond the community at large. But its programming has a lot to do with the venue’s ongoing popularity. Current films like “Manchester by the Sea”, “La La Land”, “Queen of Katwe”, “Dr. Strange” — all running in the coming weeks — are certainly a huge drive to the Indian Lake Theater’s popularity.
Events such as the “Loren and Mark” March 10 reach-out musical performance at Tannery Pond Community Center in North Creek (sponsors are still needed) and the April 28 Patsy Cline Tribute to take place in the theater are just some of the great live performances planned this spring.
But the real driving force is the community at large. So as the Indian Lake Community Theater approaches it’s new chapter’s 10th anniversary, Montgomery-Corey suggests that the community celebrate the fact that it belongs to them.
“Do it by taking in a few great movies. Attend a live performance. Bring a few friends and visitors. Enjoy some popcorn, a chocolate bar, a cup of coffee. Celebrate the great admission price, and if you can, don’t go past the contribution jar at the end of the counter without contributing, or the donation page on the website without giving a little ‘thank you’ to help keep the theater healthy, the admission price low and the memories coming.” 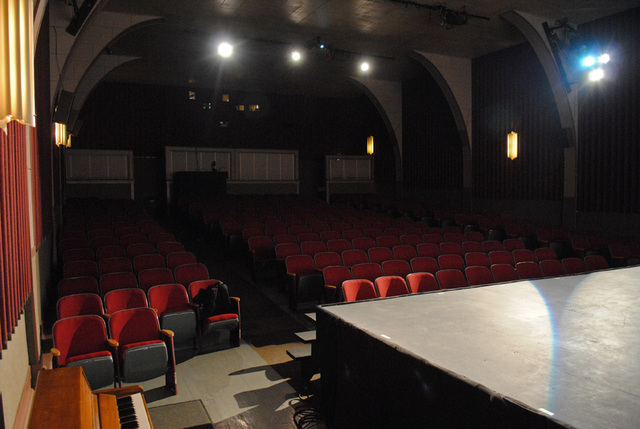 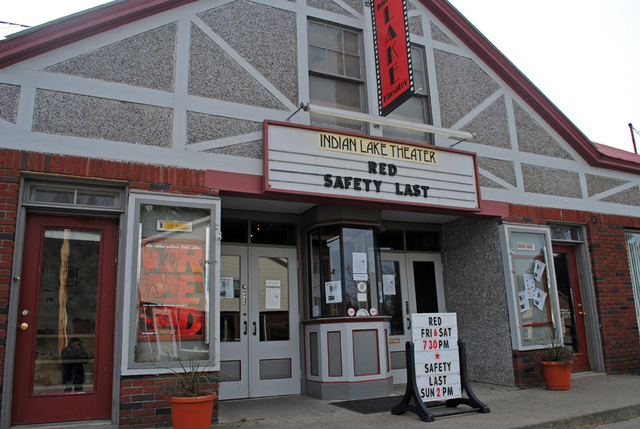