Pomona, CA - That’s a wrap: When Pomona used to have movie theaters 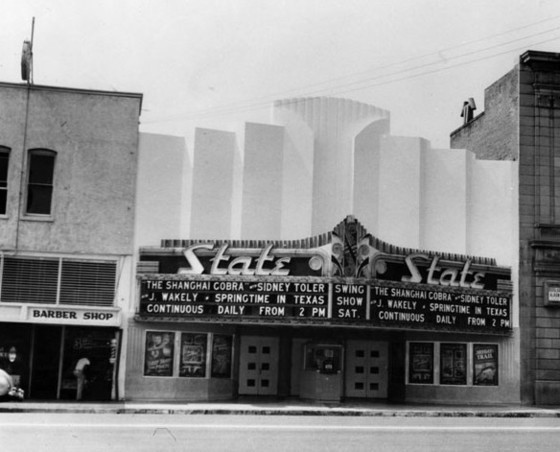 From the Daily Bulletin: The olden days of moviegoing in Pomona is an occasional topic here. My column last fall on the Sunkist Theater, the most obscure of the four major theaters in town, had as its genesis a reader query about the city’s classic movie houses.

Don Russell, a retired general manager of this fine publication, had emailed to say he’d find it interesting “to read about the other walk-in theaters that once were in the city of Pomona and what happened to them.”

In my attempt to oblige him, my research turned up the startling fact that Howard Hughes had built and operated the Sunkist, an association that had been brief and long-forgotten.

So the Sunkist became the story. But as I still have all my notes on the other theaters, let me round up those stories for you now before we get caught up in the mad whirl of 2017. Posterity demands it.

The facts are gleaned from Progress-Bulletin files, the website Cinema Treasures, the Facebook group Growing Up in Pomona in the 1940s, ’50s and ’60s and, last but not least, the Pomona Public Library.

• In the silent era, when theaters were fairly easily set up, Pomona had several, among them La Pictoria (478 W. Second St.), the American (470 W. Second St.), the Lyric (366 W. Second St.) and the Fraternal Aid Opera House (Gordon and Third), all of which appear to have closed by the mid-1920s; none of the buildings is still standing.

• The Belvedere (255 S. Garey Ave.) opened in 1911. Howard Hughes’ Hughes-Franklin Co. bought the theater in 1931, early in the sound era. The company announced a major remodeling that would include a name change to the Mirror and an exterior that would be covered in “thousands of little mirrors.” Neither occurred. (Imagine having the job of gluing them onto the building.) Still named the Belvedere, the theater burned down Nov. 20, 1933.

• The California/United Artists (235 W. Third St.) opened in 1923 as the California with Buster Keaton’s still-delightful comedy “Our Hospitality.” The theater, at 1,212 seats, later became the Fox California and, in 1949, the United Artists Theater, closing in 1972. In the 1980s it became the Pomona Valley Auditorium, which hosted rock concerts, some of them promoted by a young Paul Tollett, who now puts on the Coachella festival. The former theater these days is a Spanish church.

• The Fox Pomona (301 S. Garey Ave.) opened in 1931 with Laurel and Hardy’s “Laughing Gravy.” The city’s grandest theater with 1,751 seats, it often hosted sneak previews of movies, for which stars and studio heads would be in attendance, the better to gauge the reaction of a typical audience so that changes could be made before release. The Fox closed as a first-run movie house in 1976. It showed Spanish-language movies until the late 1980s, was used as a church and later for rave concerts. In 2009, the Fox reopened as a concert venue after a $10 million renovation. The theater has been on the National Register of Historic Places since 1981.

• The Sunkist (445 N. Garey Ave.) opened in 1931, under the Hughes-Franklin Theatres chain, debuting with “Mother’s Millions.” Initially, usherettes would wear blouses and jackets of red silk with gold embroidery, along with black trousers and red sashes. The 874-seat theater, located “uptown,” switched to weekend-only Spanish films in the early 1950s and closed in 1955. The building was completely redone as the Garey Arcade office building in 1958 and continues to be home to small offices and shops.

• The Fox State (255 S. Garey Ave.), built on the site of the Belvedere, opened in 1941 with “Golden Hoofs,” which was largely filmed at the L.A. County Fair. The 502-seat theater closed in 1961, was demolished and became a parking lot for Home Savings Bank, now Chase Bank.

A geographical and chronological note: The Fox, State and California/UA were on three adjacent blocks downtown, a condensed version of downtown Los Angeles’ Broadway theater district, and were operating at the same time from the 1940s into the 1960s. What a time to be a moviegoer.

The post-Fox era has seen one theater:

• The Super Saver Cinemas 8 (1460 E. Holt Ave.) opened in the old Indian Hill Mall in 1990, 14 years after the Fox stopped showing first-run movies. With eight screens, the discount house showed movies at the end of their theatrical run before they went to video. Super Saver closed in 2000 and in 2001 became Indian Hill Cinema 8, which showed newer films. It closed in 2005.

Pomona, once the region’s Hollywood showcase, hasn’t had a movie theater since then. (Although plans for a 15-screen multiplex downtown are still in play, so there’s hope.)

Anyway, Mr. Russell, I hope that answers your question — as well as questions you didn’t know you had.

Link to the story, with links to each theater’s Cinema Treasures page: http://www.dailybulletin.com/arts-and-entertainment/20170103/thats-a-wrap-when-pomona-used-to-have-movie-theaters 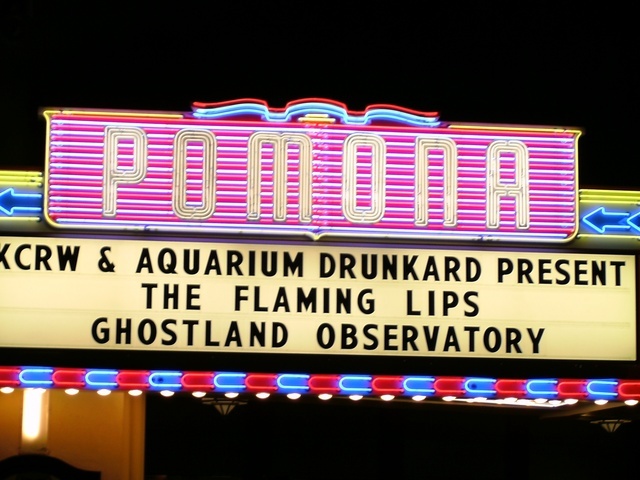 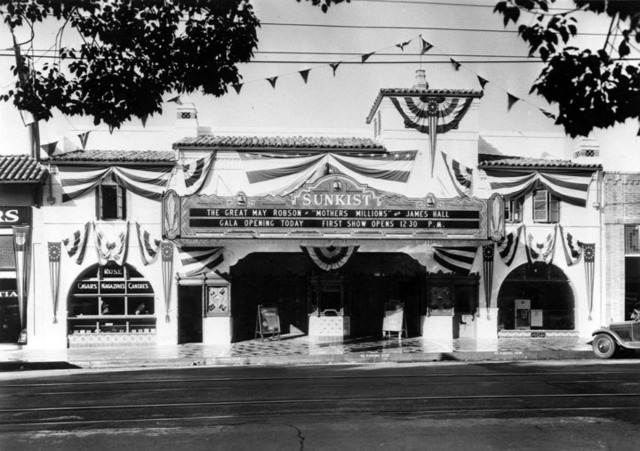