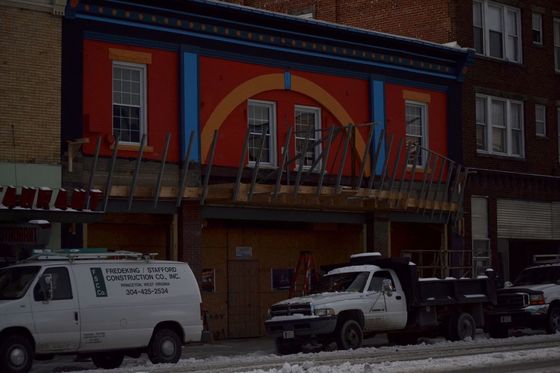 From The Exponent Telegram: Talk to any Princeton natives and they will quickly relay stories of going to the former Lavon Theater, often standing in line all the way down the sidewalk, eagerly waiting to pay less than $1 to see the current hit movie.

The Lavon Theater, which started out as the Royal Theater in 1911 and changed hands in 1954 to become the Lavon, is rich in history. And organizers of the Princeton Renaissance Project are renovating the building with plans to preserve such history by incorporating some “old with the new,” according to Mercer County Commissioner Greg Puckett, who is spearheading the project.

The theater restoration has been underway since 2013 when the building was first purchased, Puckett said. Volunteers and experts have removed walls, and the final steps will include installing a new roof and skylights, along with electrical work and the finishing touches of refurbishing many of the original chairs.

The original Royal Theater also housed a jewelry store and doctor’s office owned by the late Dr. Lawrence Von Court. Von Court bought the building in 1954 and named it after himself, said Puckett, who also is the deputy director of Community Connections.

Puckett said that the 1950s-style building had retro-style panels, but the building had to be refurbished at that time. In 1983, the theater closed its doors and a local television evangelist opened a ministry, as the theater was conducive for production.

“This happens often because it is also set up theater-style,” Puckett said, adding the building went through three changes as a church in the 1990s before organizers of the Princeton Renaissance Project purchased the property in 2013.

The idea, he said, was to use the building as it was for fundraising to restore it to a community theater. However, a snowstorm interceded and caused so much damage workers had to start renovations almost immediately.

Puckett said they found several deficiencies in the structure and had to “gut the entire building,” along with lifting it up about six inches because it had dropped.

“It was incredible,” he said. “There was a reason we were having roof problems. The essential columns had been removed.”

Volunteers worked about two months to reinforce the building. Avoiding expensive costs, Puckett said the community worked together in the first phase of removing the old structures. Volunteers from Concord University, local churches and others groups completed the job.

“A lot of it was blood, sweat and tears,” he said. “It saved thousands of dollars by us doing it.”

After gutting the inside, Puckett said the group really had no choice but to call in the experts to take it from there. They currently are working on the second phase of the project, and community donations have been the foundation of “where we’ve been able to go,” he said. Puckett adding that the Shott Foundation of Bluefield and the Hunicutt Foundation have strongly supported the first phase of the project, along with individual donations.

What is needed now are the finishing touches that will actually make it a theater. They need to purchase a projector, screen, lighting and some new chairs, in addition to restoring the older chairs to retain the theater’s history.

Puckett hopes the final phase will happen in the next few months.

A ceremonial lighting has been scheduled for May, during which planners hope to install a marquee.

Because it is a community theater, the structure will be used for movies 85 percent of the time, while the remainder will be used for other functions. The upstairs will hold 50 seats for a “nice intimate venue,” while the main theater can house between 260 and 280 people.

“The reason is this is a community theater and we want to make sure it is available for the community in any way possible,” Puckett said.

The theater is an anchor in the entire Princeton Renaissance Project. Renovating the theater tends to make people “nostalgic” and gives them hope that the project can indeed come to fruition, he said. Yet, the final phase depends on funding and donations. Puckett said the nonprofit organization must pay monthly rent and insurance premiums, so “we can only go so far.”

“With a theater, the downtown would be alive again,” he said. “There’s no doubt in my mind. There’s no reason we can’t be the next Abingdon or the next Winchester.” 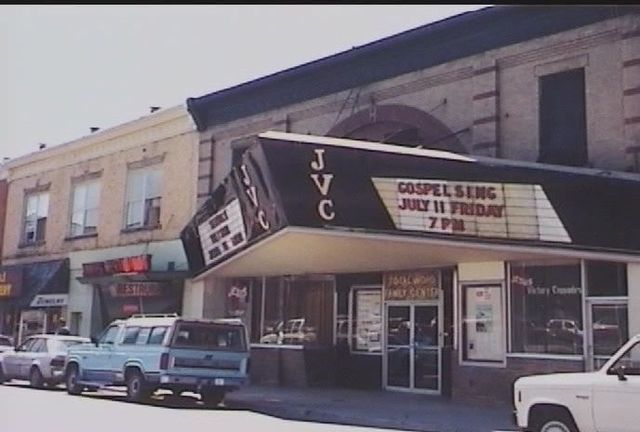 Genuinely reliable, wonderful, fact-filled data below. Your current blogposts Do not ever let down, knowning that surely holds true below also. Anyone often create a unique go through. Could you explain to I am just satisfied?: )#) Carry on the fantastic content.n95

Water and Waste Plumbing are your Local Plumber Darwin. We are certified plumbers and proudly offer an array of plumbing services at affordable prices.hot water system installation