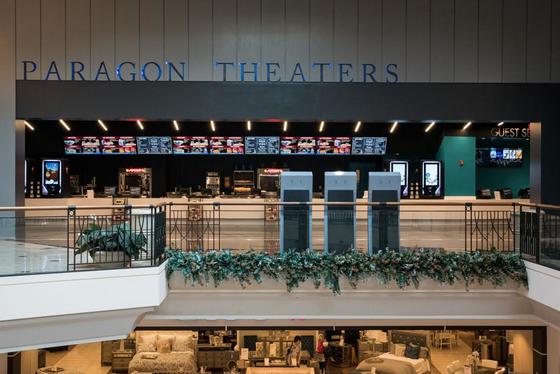 From The Palm Beach Post: The days of questionably-comfortable movie theater seats with the choice of just soda, popcorn and candy are over — at least at the new Paragon 10 in Wellington.

The new, luxury theater at the Mall at Wellington Green is holding a grand opening ceremony this weekend, and officially cut the ribbon Thursday night. Adult evening tickets go for $11.50, and the theater will have a promotion every Tuesday where it sells tickets for $6.

There have been some smaller, select showings since December.

In the works for more than two years, the new spot has 10 auditoriums, ranging from about 100 to just more than 200 leather seats that boast an electric footrest. The theater will have the traditional movie concessions, but it also connects to Cask + Shaker, a new gastro pub with food and more than 30 craft beers on tap.

Guests can either dine-in at the restaurant or order food and drink and take it right into the auditorium. Each seat has a cup holder and tray table.

Paragon chose Wellington because of a partnership with Starwood Capital Group, which bought the Mall at Wellington Green in 2014. Paragon Entertainment is headquartered in Deerfield Beach.

“I think being a part of a shopping center definitely has some advantages with making it a complete destination for entertainment, dining as well as shopping,” said Paragon Entertainment COO James Herd.

Though the theater is located in the western communities, Herd expects to draw customers from West Palm Beach and the coastal communities.

The theater has a private entrance for showings that start after the mall closes. The last showing will typically start around 10 p.m., but they can adjust it if there is a midnight premiere or special event, Herd said.

It has an electronic ticket machines, but customers can also reserve seats online before they arrive at the theater. Color-coded paths guide movie-goers to the correct auditorium.

The project is more than two years in the making. It was unanimously approved at a June 2015 Village Council meeting and they’re been working on it ever since.

Wellington Mayor Anne Gerwig, who cut the red ribbon with an oversized pair of scissors, said she’s looking forward to having the theater in the village and an enhancement for the mall.

“We’re loved our mall for a very long time, but I think this will take it to the next level,” she said.

Grand opening weekend will include a fundraiser for the Neil S. Hirsch Family Boys & Girls Club with gift basket raffles, and a meet and greet with Batman at noon as a promotion for the Lego Batman movie. The other big feature movie will be 50 Shades Darker.

Movie showings start at 11 a.m. Friday morning. Paragon has locations throughout Florida and in four other states. 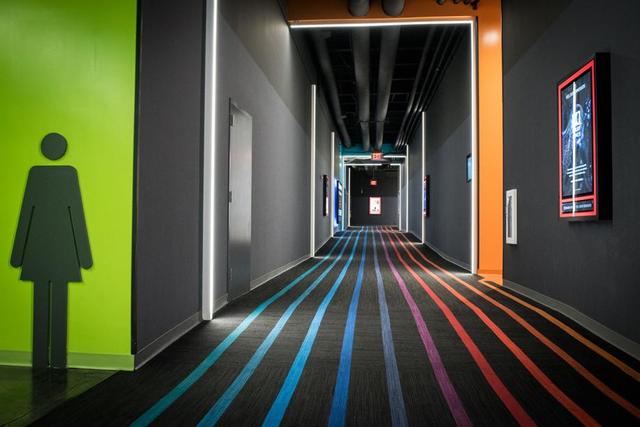 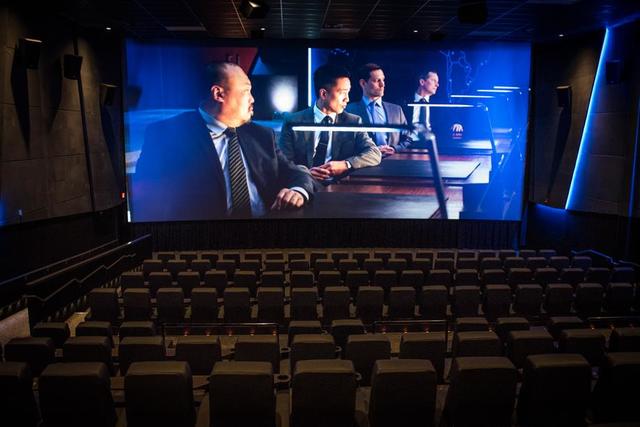