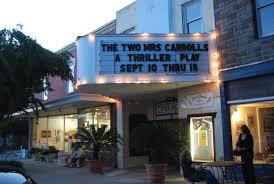 From delmarvanow.com: Cape Charles’ Palace Theatre is turning 75 and a birthday bash has been planned to mark the occasion.

The Palace, built to be a gem of the mid-Atlantic, began as a thriving endeavor in a booming railroad town but fell into disrepair and disuse in the mid-1960s when Bayshore Concrete completed the Chesapeake Bay Bridge-Tunnel project and the trucking industry overtook rail freight transport.

Today, amid swirling rumors of sales and foreclosures, the theater and the nonprofit housed within its walls serve as a testament to the changing times and the undeterred resilience of the town’s artistic soul and future potential.

The Palace Theatre, opened on March 18, 1942, was designed by Alfred Lublin, a Norfolk-based architect, for $75,000, and more than 30 architectural firms were involved in the construction. William Carroll Parsons, a local entrepreneur, footed the bill for the land and the building with the intention of owning the largest, most modern theater between Norfolk and Philadelphia.

“Rage in Heaven,” the opening night film starring Ingrid Bergman and Robert Montgomery, played to a large crowd. When the 75th anniversary party kicks off on March 18, “Rage in Heaven” will again play as an homage to that opening night.

The artistic offerings didn’t stop at film, however. The Palace Theatre hosted Barney Rapp and his New Englanders in 1942 for a three-day engagement and the Miss Virginia contest in both 1952 and 1953.

But times were changing and changing quickly. The opening of the Chesapeake Bay-Bridge Tunnel in 1964 dealt a blow to the theater, and by 1970, a weekend-only film schedule was implemented. The last film, “Titanic,” was shown in 1997.

Currently, the Palace Theatre is home to Arts Enter, a nonprofit dedicated to fine and performing arts. Formed in 1997 by Clelia Sheppard, Sheila Cardano, David Feeney, Mary Ann Clarke, Virginia Savage, Arthur Tross, Liz Goffigon and Carol Chappell, the organization purchased the building in 1998 and set out to revive the rich, cultural atmosphere of the town’s arts community.

“I don’t look back, I just look forward,” said Sue Anglim, executive director for Arts Enter. “The Palace doesn’t belong to Arts Enter. It belongs to the community.”

Anglim, who joined Arts Enter in September, is looking forward to accommodating a larger group of individuals and artists. The theater now boasts a community house band and children’s choir.

“I have multiple groups of people coming in here now,” she said. “We don’t ever turn anybody away. We figure out what we can do.”

Hundreds of students enroll in the organization’s artistic offerings, which include dance, drama, art and music programming. Arts Enter provides two contracted instructors for Cape Charles Christian School and works with five primary contractors to offer classes and workshops within The Palace Theatre and associated spaces.

Anglim said she’s been pleased with the number of people recently volunteering, donating and sponsoring events. Anglim has mobilized a group of volunteers called the “Friends of the Palace” to use their time and energy toward the success of the upcoming birthday party.

Still, the future of The Palace Theatre is unclear, and gossip continues to swirl, a fact that Anglim addressed directly.

“There’s always rumors, there’s always talk,” said Anglim, who confirmed that both private individuals and nonprofit organizations have approached the board of directors about purchasing the Palace.

“I’ll put a ‘for sale’ sign out front and we’ll see who’s really serious,” she continued.

“Everything’s for sale. Everything. I don’t think a private sale should ever occur. We’re not voting on what we’re doing with the Palace right now. We’re looking at options. What we don’t want and what won’t happen is a foreclosure and right now, we’ve got our heads above water. I don’t know how long that will be.”

The board of directors has rABOUT THEATRE HISTORICAL SOCIETY OF AMERICA: Founded by Ben Hall in 1969, the Theatre Historical Society of America (THS) celebrates, documents and promotes the architectural, cultural and social relevance of America’s historic theatres. Through its preservation of the collections in the American Theatre Architecture Archive, its signature publication Marquee™ and Conclave Theatre Tour, THS increases awareness, appreciation and scholarly study of America’s theatres.

Learn more about historic theatres in the THS American Theatre Architecture Archives and on our website at historictheatres.orgecently been approached with a proposal from someone wanting to lease the theater to show first-run movies, according to Hank Mayer, chairman.

The idea would be to share space and cost though the scheduling of showings around current programming, which would be challenging, said Mayer.

“At the moment, we’re using it primarily for performing arts, but the theater needs more active, continual use,” said Mayer. “We’re considering that and other kinds of avenues to go down to make the greatest use of the building.”

READ MORE:The Local dishes up creativity on the Shore 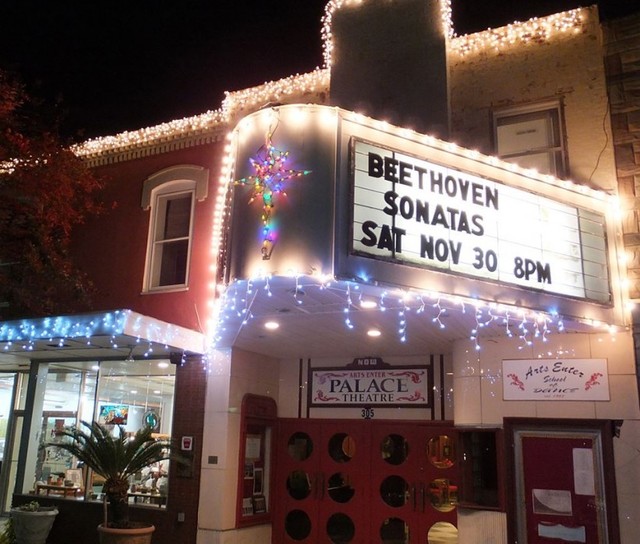 when is the next event?? fence contractors miami

i really like historic theaters. so much history! fence installation lexington ky

Wow!! It’s a piece of great news. Cape Charles' Palace Theatre is a famous theatre which is known for the famous works done there. And this is a special occasion to celebrate the 75th birthday. click here Let this be a grand event.

Many thanks sharing this very diverse opinion post where each expert has no doubt shared his best for knowledge on the topic.