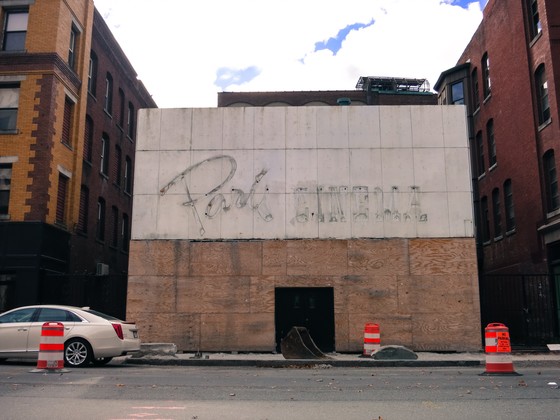 From The Telegram: Demolition of one of the buildings that has been targeted for the wrecking ball, as part of the Worcester Redevelopment Authority’s Downtown Urban Revitalization Plan, could begin as early as next Wednesday.

Quincy-based development group MG2 has indicated to city officials it hopes to begin the demolition of the former Paris Cinema at 66-70 Franklin St. on March 1.

Michael E. Traynor, the city’s chief development officer, recently told the WRA board of the plans, saying it was the latest information the city has received from the developer.

The long-vacant movie theater will become the first property identified in the WRA’s Downtown Urban Revitalization Plan to be razed.

MG2 plans to convert the site into a “Brew Garden” that would feature a three-season seating area, an outdoor trellis seating area and an event stage where entertainers can perform and a screen could be put up for outdoor movies.

Consideration is also being given to provide space for food trucks there.

The Paris Cinema is one of two former movie theaters, among some two dozen downtown properties, that have been targeted by the WRA for potential demolition/redevelopment, as part of an ambitious urban revitalization plan it came out with last year.

The 90-year-old, three-story brick and concrete building has been vacant since 2006. It has been condemned by the Fire Department because of structural integrity concerns.

MG2 decided to raze the building rather than attempt to rehabilitate it because of its “severe structural deterioration” and the exorbitant cost to restore it.

It has been estimated that it would cost more than $21 million just to stabilize the building and bring it up to today’s building codes. In comparison, the cost to demolish the building has been pegged at about $500,000.

Because the building is listed on the Massachusetts Cultural Resources Information System, it was subject to the city’s demolition delay ordinance.

Last June, the Historical Commission unanimously denied a request of the owner to waive the ordinance, which puts a one-year hold on the razing of historic buildings, claiming its demolition would be detrimental to the historical and architectural resources of the city.

But Worcester Park Plaza LLC, a subsidiary of MG2, took a second crack at seeking a waiver to the demolition delay ordinance two months later, on the grounds that having to keep the building up for another year would pose an economic hardship for the owner.

The Historical Commission bought that arguement, voting 4-1 to grant the waiver based on the economic hardship. Without the waiver, the owner would have had to wait until June before the building could be razed.

In its Downtown Urban Revitalization Plan, the WRA has indicated that the Franklin Street property would be best suited for a new building with commercial/office space, or a combination of first-floor commercial/retail/restaurant space with residential or commercial space on the upper floors.

MG2 is investing more than $30 million in rehabilitating several other properties in the area of Franklin and Portland streets that is being marketed as “The Grid.”

The Paris Cinema, formerly known as the Capitol Theatre, opened in 1926. It closed for renovation in 1966 and reopened as the two-screen Paris Cinema in 1967. In 1980 it became an adult movie theater and remained as such until 2006 when it closed, after the building was cited for code violations, as well as health and safety issues. 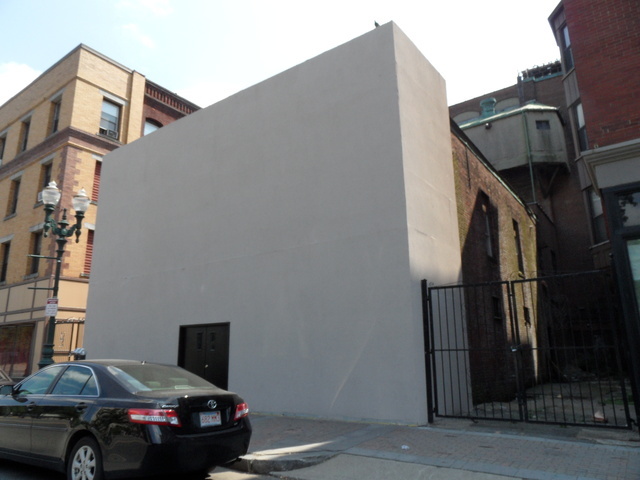 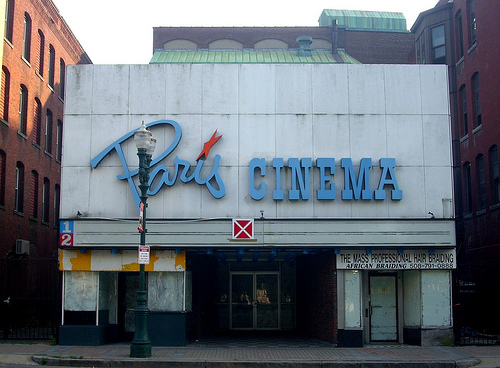 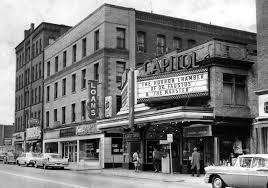