Columbus, IN - Awaiting an encore 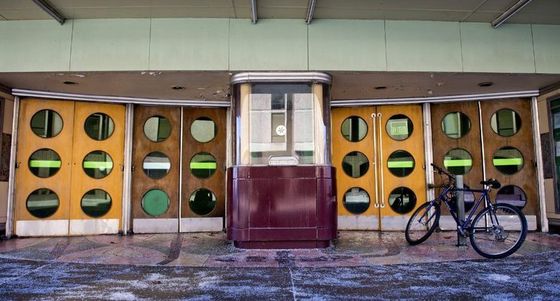 From The Republic: Caretakers of the historic Crump Theatre, the iconic structure that has been mothballed for three years, continue to hold out hope that the right investor will arrive with a plan, a sustainable vision and an eye for restoration to bring the 127-year-old downtown theater back to life.

“What I hope to find — how can I say this? — is a Crump angel,” said Hutch Schumaker, who leads the Columbus Capital Foundation.

The foundation owns the building and works with the Heritage Fund — The Community Foundation of Bartholomew County to keep it in stable condition while waiting for an investor who isn’t afraid of investing in basic mechanical upgrades and cosmetic work.

“It’s one of those gems that if we allow it to go away, we’re never going to get something like that back,” Schumaker said.

Built in 1889 as a theater at 425 Third St., the entertainment hall — which once seated 632 people — is known for the Art Deco-style lobby and a stage that’s seen a wide range of performances, from John Phillip Souza back in the day to Seymour-native John Mellencamp who performed there Sept. 23, 2008, during a fundraiser for Columbus flood relief.

“It was phenomenal,” Schumaker said of Mellencamp’s show. “The whole place was just electric. Everyone just loved the venue.”

The Crump’s fortunes have been waning since it was ordered closed three years ago by then-Columbus Fire Chief Dave Allmon, citing safety hazards that needed to be addressed.Those include the lack of a fire sprinkler system and functioning fire escapes, a stage floor that does not meet structural codes and a water-damaged mechanical room that would be unsafe.

One of the consultants who worked on a renovation plan for the Crump in 2014 told city officials that the Crump was like a giant fireplace.

Architect Van Phillips said the Crump is similar to The Iroquois Theatre in Chicago which caught fire in 1903 and claimed the lives of 602 people, 212 who were children. When fire broke out on the stage, people at the Iroquois fought to reach exits, many dying from smoke inhalation.

The Crump’s stage is just like that of the Iroquois, with no ventilation and no fire curtain, the architect said. Code inspections through the years failed to address several dangerous aspects of the theater, particularly the stage.

An effort by former Mayor Kristen Brown’s administration to pump city redevelopment money into renovating the building fell flat as Columbus City Council members asked for accountability as to who would run the facility and proof it could sustain itself financially.

A Crump Steering Committee was formed and made recommendations to the Columbus Redevelopment Commission on May 19, 2014, including a plan for a 450-seat theater renovation, replacing the stage and fly house and expanding into areas to the east and into a nearby alley. The commission tabled the $10.8 million plan for renovations and another $20,000 to pay a consultant to develop a theater business plan.

On June 3, 2014, the city council followed suit, balking at spending $10.8 million in tax increment financing funds to pay for the renovation after learning the city would have to purchase the theater to do the work.

Since then, the foundation has continued to keep the building insured and is keeping basic essentials such as electricity on in the building, said Tracy Souza, Heritage Fund president and CEO. However, none of the fire marshal safety issues have been addressed and the foundation is only investing about $1,500 a year in upkeep.

“We’re open to anyone who might be interested in purchasing it,” Souza said. “Even now, we still get people who call and want to have an event there and we have to tell them it’s not possible.”

Schumaker noted the foundation ended up shutting down the building’s aged decades-old boiler, which was costing $5,000 a month to run, to keep expenses down.

He has taken people through the Crump in recent weeks, and said the visitors remarked on how well the building remains preserved despite being closed for three years.

“There just isn’t anybody wanting to step up and take on this project,” Schumaker said, comparing what needs to happen at the Crump to what local entrepreneur and businessman Tony Moravec did with renovating Zaharakos Ice Cream Parlor downtown in 2009 and the Upland Columbus Pump House, which opened last year.“We need to revive the public-private partnership. That last plan that was presented for the Crump, I knew from the start it wasn’t going to go,” Schumaker said. “They said, ‘Don’t worry about the budget.’ Nobody who would do this would say ‘Don’t worry about the budget.’ We need to get a budget that is realistic and see what can be done.”

Moravec, known for his ability to see the potential in a historical renovation of a building, said that whoever might be interested in the Crump needs to find a viable, long-term use for the structure or it will revert back to the mothballed state it is currently in.

Financial viability in the use for the building is key, Moravec said.

As soon as a building is renovated, the tax base immediately increases and it’s a double-edged sword — renovation costs plus taxes on the increased value, he said.

“It needs a practical, viable economic plan,” Moravec said of the Crump.

In addition to that, the Crump, a large building, has a host of code violations that will be expensive to renovate, he said.

“Smaller, less complicated projects don’t have that and it’s easier to find a purpose for the building,” Moravec said. “The size of the building means it will take more resources.”

The cost of building mechanicals — of heating and plumbing, roofing and meeting fire codes — has to be considered, he said.

“And the third thing is parking,” he said of the Crump’s location, which does not have dedicated parking. “That complicates things for anything downtown.”

Saying he was lucky that the Upland Columbus Pump House had parking potential with its lot, the Crump doesn’t have that at this point, he said.

“One hundred years ago, the downtown wasn’t quite as busy as downtown today,” he said.

Describing the Crump as an “old, out-of-place building” in its current state, Moravec said the building needs someone to take it on as a pet project and some sort of organization to take ownership for operations and maintenance.

Mayor Jim Lienhoop, who was a councilman when the Crump renovation project was dropped, said he continues to have people approach the city about having the Crump renovated into a viable entertainment space.“And I really do appreciate that they want that to happen,” he said.

But there are two funding issues that must be addressed before any city involvement can occur, Lienhoop said.

The first is who will raise the money to renovate the building, as it is in a fair state of disrepair, he said.

“And secondly, and almost as important, what do you do after you renovate?,” Lienhoop asked. “Who will take responsibility for running the facility?”

Lienhoop said nearby communities North Vernon and Nashville each have their own playhouse operations. But it is his understanding that each requires separate fundraising to sustain operations beyond ticket sales for entertainment.

“We have to find some organizer who will be the Crump’s champion,” he said. “That’s where we are. No one’s stepped up yet.”

For the Crump to be successful and recoup the millions that are being requested, it would have to be rented out and used six to seven days a week, city officials said two years ago. And even then, the facility might need ongoing fundraising to pay for operations.

In 2014, the city paid Danielle McClelland, executive director of the Buskirk-Chumley Theatre in Bloomington, to develop a strategic operating plan for an arts facility at the Crump. In the plan, McClelland recommended the city own the Crump and contract with a nonprofit group to manage it. The plan called for $1.3 million in city support during two years of startup and five years of startup operations.

Lienhoop said he’s reluctant to raise a bunch of money to pursue renovations without knowing how the facility would, or could, be sustained into the future.

“I would be willing to get involved if I could see the operational plan and I felt like it had an opportunity for success,” he said. “But even fully-booked, a facility like that will still need funding for ongoing operations.” 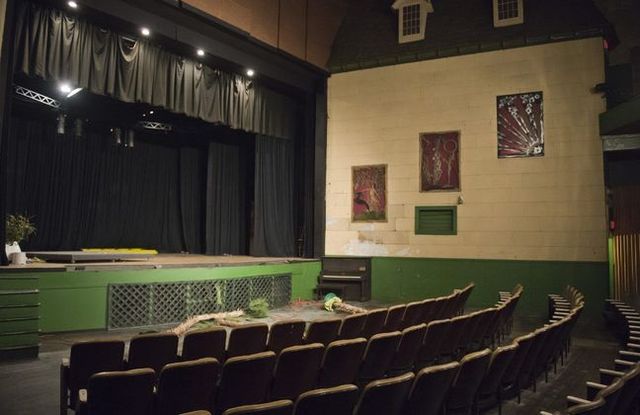 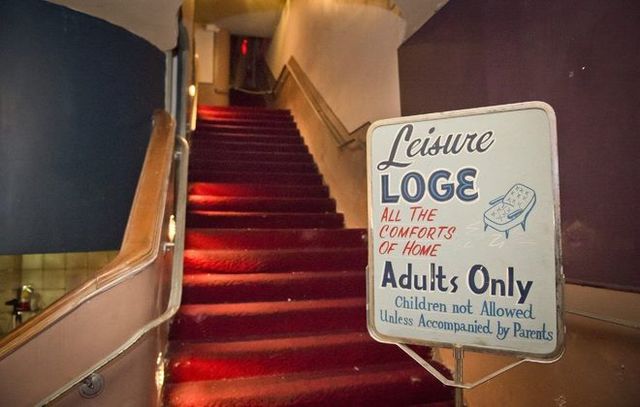 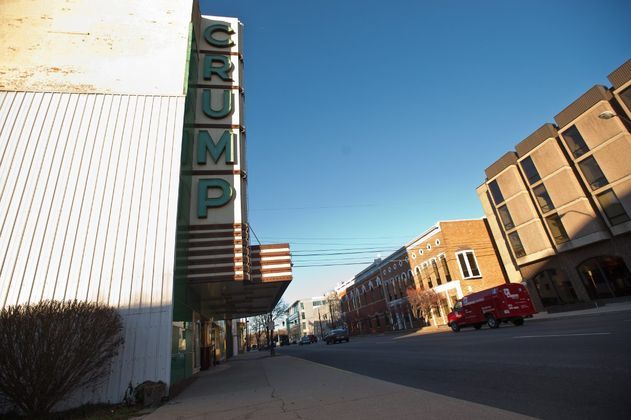