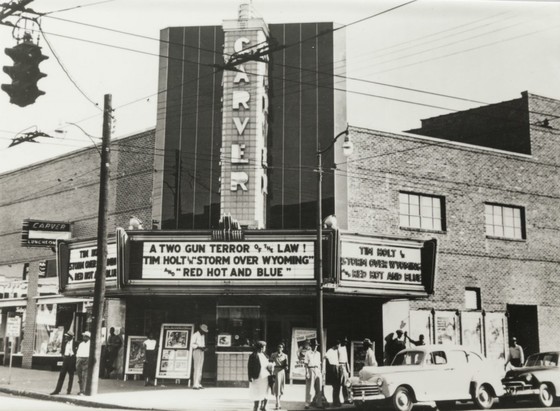 From AL.com: The restoration of the historic Carver Theatre is moving forward just weeks after portions of the 4th Avenue Business District was included in the Birmingham Civil Rights National Monument.

Last year, the Birmingham City Council approved spending $4.3 million on capital improvements to the city-owned structure. The process hadn’t moved forward, though, until this week when leadership of the Alabama Jazz Hall of Fame, which operates the facility, met with city leaders to go over the budget for the planned work.

Bishop Jim Lowe, president of the Alabama Jazz Hall of Fame board of directors, said he hopes renovations will be complete in 12 to 18 months.

That timeline, though, may be too optimistic as the project hasn’t went out to bid yet, and the allotted city funds likely won’t pay for all of the improvements on the board’s wish list.

The historic Carver Theatre, owned by the city of Birmingham since 1990, is a non-profit multi-use community-based theater, which houses the Alabama Jazz Hall of Fame museum.

Hundreds of internationally recognized artists have performed at the Carver Theatre, and each year, more than 100 area school children receive tuition free jazz instruction and performance opportunities at the venue.

The Alabama Jazz Hall of Fame now wants to restore the aging theater to its 1940s grandeur and capitalize on the 4th Avenue Business District’s inclusion into the National Park system.

“We want to restore the Carver to the prominence of what it used to be, so it can be the cultural icon that it was in its former days,” Lowe said.

Hundreds of thousands of people will visit the national monument to see the A.G. Gaston Motel where Martin Luther King Jr. and others planned marches, the 16th Street Baptist Church where four young girls were killed in a bombing, he said, but when visitors come to the Carver Theatre and the 4th Avenue Business District they will see how the black community were able to thrive in Birmingham despite strong oppression and racism. 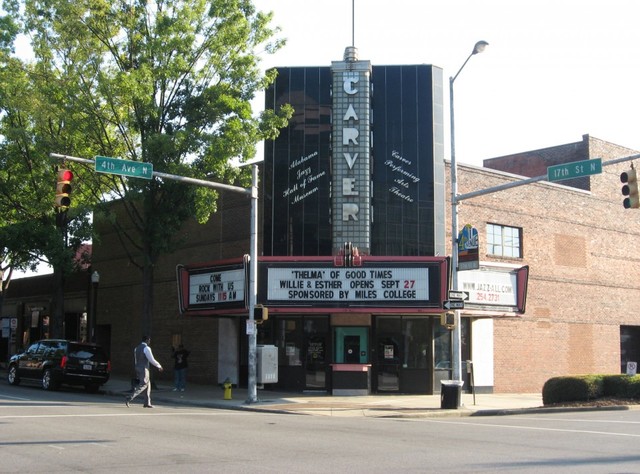