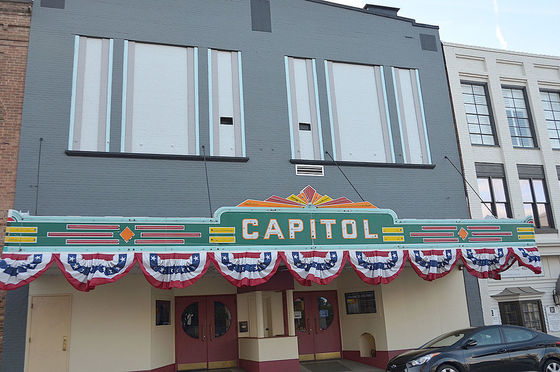 From The Greeneville Sun: A downtown landmark will soon get a bit of a facelift.

Work to repair the Capitol Theatre’s marquee is likely to get underway soon, along with other planned upgrades to the theater’s facade.

Earlier this week, the Historic Zoning Commission approved plans for the South Main Street landmark that include repairs to the marquee and its lights, enclosure of the existing ticket booth and installation of granite and tile on the lower portion of the building’s facade.

Just under $50,000 in Commercial Facade Improvement grant funds, administered by Main Street: Greeneville Inc. and the First Tennessee Development District, will be used to carry out the work.

At Tuesday’s Historic Zoning Commission meeting, commissioner Noah Young, who has provided design services to the non-profit theater, said bids are now being taken for the project.

The theater aims to have the work start in time to be finished by late spring or early summer, he said.

Planned upgrades include the installation of black granite and white subway tiles on the lower portion of the building and the addition of space for displaying posters and playbills and two electronic display screens. The box office will be enclosed in glass and new roofing will be installed.

According to Young, the underside of the marquee will get new wiring and change to low voltage LED lighting, while broken neon and transformers on the theater’s most distinguishing feature will also be repaired.

“Hopefully, we’ll end up with the original sign refurbished with all the neon so that we can light it,” Young said.

He added that the state’s office of historic preservation has signed off on the plans, which aim to restore the theater to its art deco styling of its heyday in the 1940s and 1950s.

The Historic Zoning Commission voted unanimously in favor of the project. Young abstained from the vote. 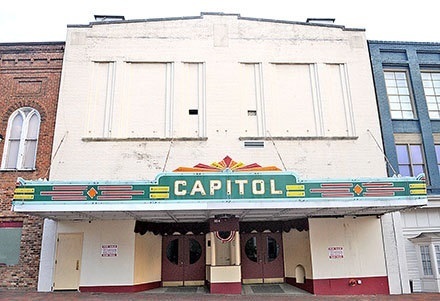 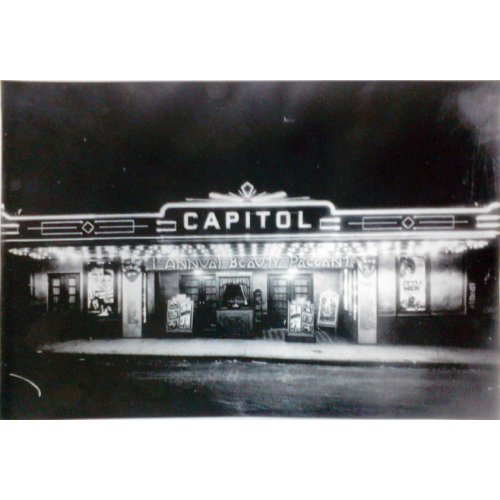