Shawnee, KS - One of the oldest theaters in Kansas — vacant for decades — will be renovated 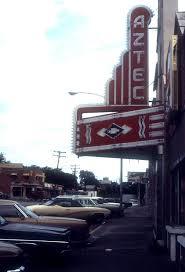 From the Kansas City Business Journal: The new owners of Shawnee’s Aztec Theatre — one of the oldest movie theaters in Kansas — plan to bring it back to life, the Shawnee Dispatch reports.

It last saw life as a movie house in 1975, according to Cinema Treasures.

Originally opened in 1927 by Shawnee Mayor Marion Summerour as the Mission Theater, the historic Mission-style building was bought in January by Liam and Marie Tripp.

The Tripps, through their nonprofit Shawnee Fine Arts Foundation, plan to renovate the one-screen theater, 11119 Johnson Drive, with the goal of holding a grand opening in June, the Dispatch reports.

“I don’t want to give the impression I have deep pockets because I don’t, but I’m responsible, and I know there are people here who will keep us in the right direction,” Liam Tripp told attendees at a recent community meeting. “I don’t want this theater to reflect me. I want it to reflect us.”

The new owners, who plan to show movies as well as provide for other performing arts uses, hope renovations will give the building a 1920s art deco vibe.

According to contributors to the Cinema Treasures website, which claims to be the world’s largest guide to movie theaters, Dickinson Theatres changed the theater’s name to Aztec Theatre in the 1940s. In the 1970s, it was “purchased by the Pflumm family and the name was changed to Fine Arts Theater. It was closed for renovations on July 20, 1975, but never reopened.”

Plaza Cinema in Ottawa is oldest movie theater in Kansas. It began showing movies in 1905, when it was known as the Bijou Theatre.

According to the theater’s website, it is also the oldest operating cinema in the world. 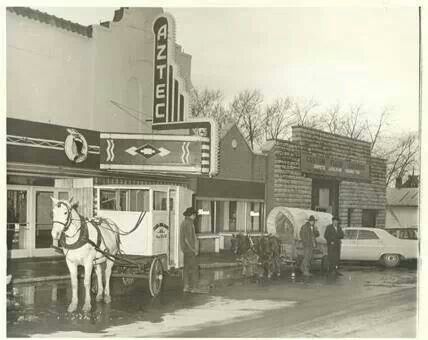 Goodness, shocking post. I’d prefer to draft like this current what’s more - saving time and ensured truly orchestrated work to make an uncommon article. This post has alluded to that I keep in touch with express posts that I will make soon. Cenforce FM 100 Mg

We are truly thankful for your blog entry. You will find a ton of approaches in the wake of visiting your post. I was actually looking for. Much obliged for such post and kindly keep it up. Incredible work Sildigra 50

I’m continually looking on the web for posts that will help me. A lot of is unmistakably to find out with regards to this. I accept you made great quality things in Functions too. Continue to work, congratulations!SILDIGRA 75

This is a wonderful article. You may likewise keen on a cure like Sildigra 100

This was the good one Vigora Oral Jelly

You must visit this Zenegra 50 Mg

Please visit..Vigora Force It is not a spam

This is good one Zenegra 100 Mg

This is highly informatics, crisp and clear. I think that everything has been described in systematic manner so that reader could get maximum information and learn many things. Danny Parlin

I wanted to thank you for this excellent read!! I definitely loved every little bit of it. I have you bookmarked your site to check out the new stuff you post. Mobile Car Servicing Burghfield

Awesome article! I want people to know just how good this information is in your article. It’s interesting, compelling content. Your views are much like my own concerning this subject. LOCAL CAR MECHANICS NEAR ME