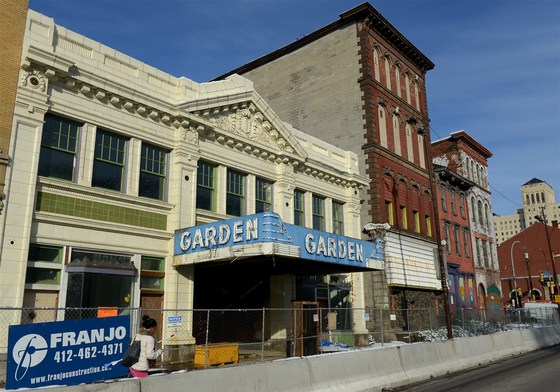 From the Post-Gazette: Several historic facades in the Garden Theater block on the North Side could end up becoming casualties in the battle over a proposed apartment building at the site.

Bill Gatti, CEO of Trek Development, said Thursday that tearing down the facades is an option now that state Commonwealth Court has upheld a lower court ruling denying a zoning variance to the firm for the construction of an eight-story apartment building at the site.

Trek had planned to spend $2.7 million to save and restore the facades, which date to the 1890s, to maintain the historical character of the block.

But if they are removed, it could allow the developer to build a smaller building at the site in an effort to comply with the current zoning, which limits the height to 45 feet.

“It’s unfortunate that it’s come to this. Historic preservation is a core value of Trek. But we’re bumping up against harsh economic realities that is causing us to consider something that we wouldn’t naturally consider,” he said. “We’re open to demolition if that’s what it takes.”

Mr. Gatti said it is unlikely that Trek will appeal the Commonwealth Court decision to the state Supreme Court, but instead will set out to find another solution.

As tough as it would be to lose the historic facades next to the Garden Theater, some URA board members said it should be considered given the court ruling.

“I’ll tell you at this point, from the residents I’ve heard from, they say just tear it down. They’d rather see some development happen,” said URA board member R. Daniel Lavelle, a city councilman.

Board member Cheryl Hall-Russell said she has also heard that, adding the “level of frustration is so high right now” among residents who supported the project.

In 2015, the city’s Zoning Board of Adjustment approved variances for Trek to build to 97 feet behind the facades, one of which is 70 feet tall, nearly double the 45-foot limit.

The argument was that the old building already exceeded the current height restriction. But Commonwealth Court ruled that Trek “failed to meet its burden to prove that it was entitled to the variances.”

Interestingly enough, attorneys for the appellate, Stephen Pascal, argued that the facades weren’t necessary and the money budgeted for their restoration could be used to build a smaller building.

The discussion came up Thursday as the URA board approved the sale of the four-story Bradberry Building at Eloise and Reddour streets in the same block to Trek and Q Development. They intend to convert it into a 16-unit apartment complex.

Three of the apartments would be affordable, with two renting at 80 percent of the area median income and one at 120 percent for 15 years.

The URA board also took action Thursday to implement executive orders issued by Mayor Bill Peduto to increase the affordable stock in Pittsburgh amid concerns about possible federal cutbacks in popular programs that have aided the city.

Kevin Acklin, chief of staff to the mayor, said that among the programs that could be facing cuts or elimination are Choice Neighborhoods and Community Development Block Grants.

While Mr. Acklin doesn’t expect a $30 million Choice Neighborhoods grant received for Larimer to be affected, he said a $500,000 planning grant for Bedford Dwellings in the Hill District could be.

“This is a threat to everything we’re trying to accomplish,” he said. 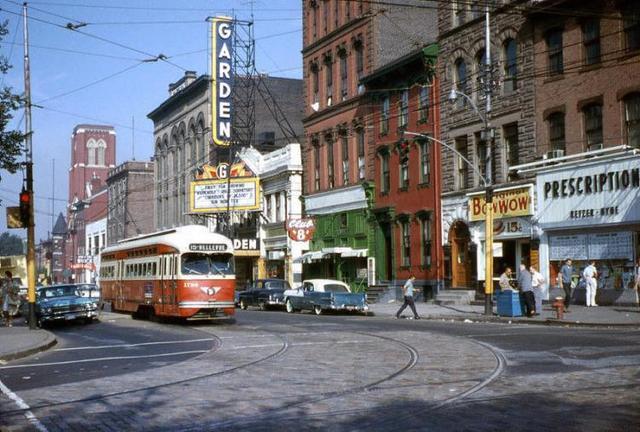