Shawnee, KS - Downtown theater plans up in the air 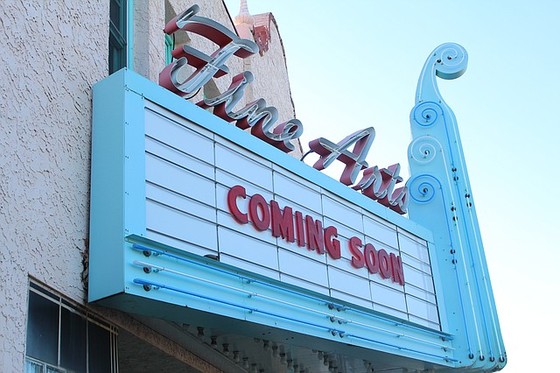 From the Shawnee Dispatch: A Shawnee couple’s dream to renovate the former Aztec Theatre has been put on hold.

But plans for reviving the historic movie theater may still be in the works; it might just be with a different owner.

At the Shawnee Fine Arts board meeting last Wednesday evening, Liam and Marie Tripp announced to a stunned crowd they were unable to finalize their purchase of the little downtown theater.

Property owner Wade Williams told them in an email last week, he is in the process of selling the venue to another party.

The news comes two months after the Tripps announced to the Shawnee community they had bought the theater, currently called the Fine Arts Theatre, and they were waiting on legal documents to be drafted.

Williams confirmed to the Dispatch he offered the property to the couple, given they had “earnest money,” or, in other words, funds to finalize a contract. A sales agreement had not been drawn up at the time the couple went public with the news, however.

In early February, the couple organized and held a public meeting at the Shawnee Library to formally announce themselves as the new owners and to reveal their renovation plans for the movie theater, which sits near the corner of Johnson Drive and Nieman Road. The meeting drew around 100 people, including city officials.

To develop fundraising plans for the theater’s renovation, and make it a community effort, the Tripps created a nonprofit organization, the Shawnee Fine Arts Foundation, and established a board for it which currently has 15 members.

But Williams told the Dispatch soon after the Tripps publicly announced themselves as the new owners he started to question the couple’s financial ability to purchase the venue. Since there was no final contract, he began looking at other offers.

Meanwhile, the Tripps continued to rally the community with their quest to reopen the beloved theater.

Last month, Williams toured the vacant theater with the Tripps and a group of Shawnee Fine Arts board members.

This month, he officially announced his intent to sell the theater to another party instead.

He wouldn’t reveal the names of the potential new owners to the Dispatch, saying it was up to the buyers to reveal themselves when the time was ready.

And although the Tripps may not be the new owners after all, hopes for the theater’s restoration haven’t changed.

“I can confirm I have a sales agreement and hope the theater sells because the buyers are substantial and will restore the property back to a classic movie theater,” Williams said.

When Liam announced the news at the Shawnee Fine Arts board meeting last week, the reaction was solemn.

“I’m sorry if I disappointed you people,” he told the board members. “That was the last thing I wanted to do.”

Despite Williams’ announcement of his intent to sell the theater to another party, Liam insisted he still wants to help the potential new owners make the former Aztec Theatre an asset to the community.

He hopes all the work he and his wife spent rallying the community will benefit the theater and any new owners in the long run.

The board members agreed it would only be in the city’s best interest to work with the new owners.

After all, they said, the goal of having the theater reopened hasn’t changed.

“If he (Williams) now has a contract with someone else, we can’t do anything except show our support,” he said. “I’ll be very disappointed if the new owner doesn’t open it as a theater.”

Bolander, along with many of the other board members, joined forces with the Tripps to reopen the theater because they all want to see its former glory restored.

They hope that dream is kept alive.

“I drive by this theater on my way to church every Sunday and I always used to look to see if it was going to open,” Bolander said. “To have such a beautiful old theater in my backyard is amazing and history will be brought back to life if it reopens. It’s about nostalgia.” 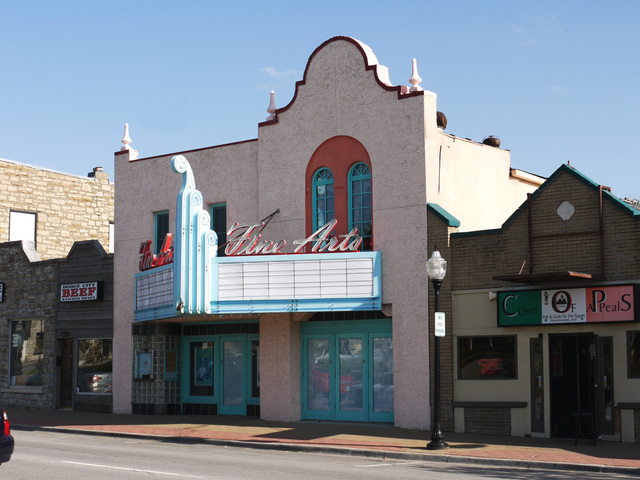