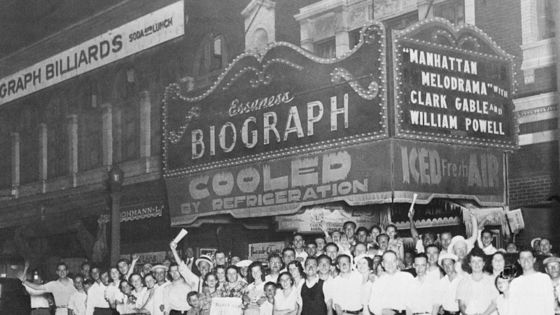 From Pictorial: In a grimy illustration of the old saying that one man’s trash is another man’s treasure, here’s a chance to feast your eyes upon some ancient candy wrappers, rediscovered in a historic Chicago movie palace.

DNA Info shares the latest from Eric J. Nordstrom, founder of a firm called Urban Remains, which sells bits and pieces salvaged from historic buildings. Apparently nobody cleaned out spaces below the balcony seating at the currently closed Congress Theater—confirming every gross suspicion you’ve ever had about cleanliness in those sticky auditoriums—and so Nordstrom found a pile of precious, beautifully revolting antique trash. Baby Ruths, Dots, Milk Duds, Red Hots, they’re all here. Apparently the packaging for a Butterfinger has barely changed in all this time.

“This is a rare opportunity to explore a movie palace, largely unaltered since it was built,” said Nordstrom, in a post on Facebook. “The plenums should have been frequently cleaned. That didn’t happen here, but it certainly worked to my advantage since a time capsule containing decades worth of refuse was left behind for me to document and in some ways, connect with the people from the past.”

As DNA Info reported in an earlier article, Nordstrom has also found “old hot dog wrappers, pipes, twine and tools,” as well as newspapers from the period before the theater opened on September 5, 1926, meaning they must’ve been tossed aside by builders almost a century ago.

However, please do not tuck your Go-Gurt wrappers away and tell yourself you’re stashing them for future generations. 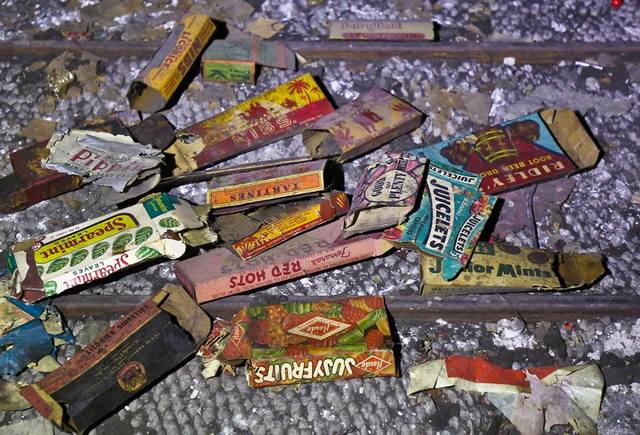