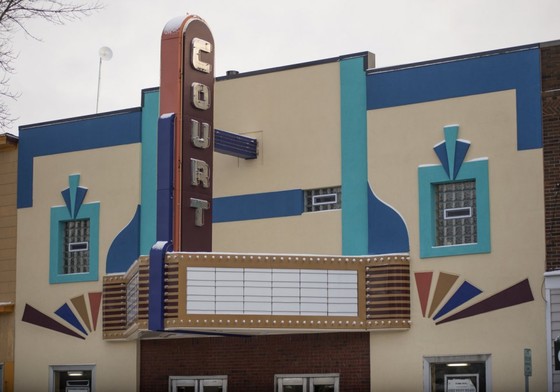 The single-screen theater, built in 1938 and located at 1216 Court, closed in 2015. Now, signs posted outside announce that a newly refurbished theater is coming soon.

Saginaw-based Raynemaker LLC purchased the property in April 2016 for $85,000, according to the Saginaw Area GIS Authority.

Two city permits were pulled recently for work on the property: a building permit for siding and painting and a plumbing permit for fixtures and drains. Gerald G. Bergman Inc. and Earegood Plumbing & Heating Inc. are the contractors.

Crews have been working on the building for months. It has an all-new facade but the vertical sign on the marquee still reads “Court.” Painters were working inside the lobby Thursday morning, March 2, applying fresh coats of bright colors.

The building’s owner could not be reached for comment and details of the project, including a timeline for reopening the theater, are unclear.

“My understanding is that they are working on the interior at this point and that their goal is to return it to the grander state it has been for the past several decades, which is obvious by the exterior work,” said Paul Barrera, owner of Jake’s Old City Grill, 100 S. Hamilton St. in Old Town Saginaw.

“At a point when they’re ready, and that readiness they’ll determine, they’ll open up for movies as well as special events.”

Barrera said this investment on Court Street is another positive step for Old Town and the surrounding area.

“Development in the city by individual entrepreneurs is where the future is. I think that the Court (Street) Theatre, when it’s completed, will be a shining star in that strip and spur on other development there, too.”

Jennifer McKendree, owner of neighboring Court Street Antiques, 1214 Court St., is glad to see the investment being made next door. When her business opened in 2012, it was one of only a few on the block, along with the Court Street Theatre and Katy’s Kards. Now, the antique shop is one of several businesses there.

“We’re really excited. I love driving by at night and the whole front’s lit up,” she said. “It’s a remarkable transformation to have a block go from two businesses to maybe six.”

McKendree is optimistic about what having the theater open again will mean for her business and others nearby.

Katy’s Kards, located at 1200 Court, has been in business for about 21 years and manager Christina Sieggreen has been there for nearly 15 of them. She’s also looking forward to the theater’s reopening.

“A lot of the customers talk about it. They ask us a lot of questions about it. You know, we don’t really know a whole lot of details, but it’s exciting,” she said, taking a break from shoveling snow from the sidewalk in front of the card and party supply shop Thursday. “Everybody’s always loved the Court Street Theatre. I mean, everybody can’t wait for it to come back.”

Sieggreen said her grandfather worked at the Court Street Theatre in the 1950s or ‘60s.

“My mom said, because she had 12 brothers and sisters, she said they always loved how he got to bring home the old popcorn,” Sieggreen laughed.

Like McKendree, Sieggreen expects having the theater open again will be good for everyone.

“It will be good for the business and nice for the neighborhood.” 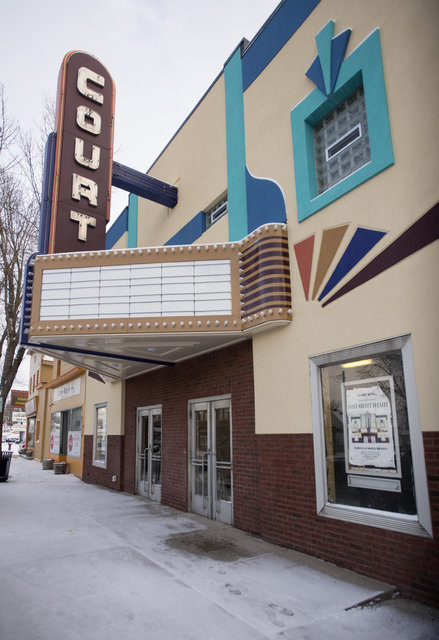 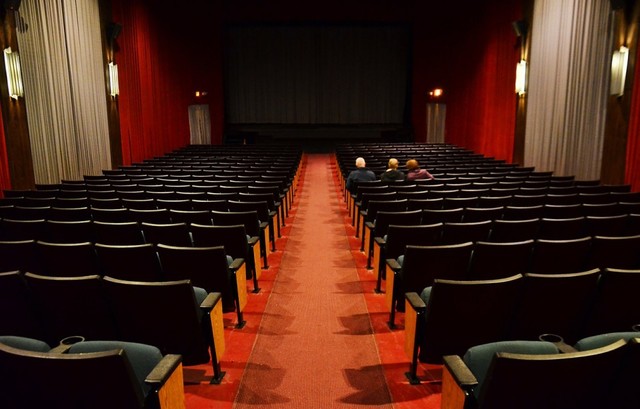 A very awesome blog post. We are really grateful for your blog post. You will find a lot of approaches after visiting your post. I was exactly searching for. Thanks for such post and please keep it upASTM Level 3

If you don"t mind proceed with this extraordinary work and I anticipate a greater amount of your magnificent blog entries.먹튀

Truly! Whatever an eye opener this unique put up happens to be in my circumstances. Substantially relished, saved, I just can’t look for further!onewalmartone

Personally, I have found that to remain probably the most fascinating topics when it draws a parallel to. You may find two to three new levels inside L . a . Weight loss and any one someone is incredibly important. Initial stage may be real melting away rrn the body. lose weighthttp://payslipview.pro/

Cultivate the nice give good results, I just read through a small number of items on that blog not to mention In my opinion that this web site blog page might be proper significant as well as gained circles from awesome advice.free bitcoin airdrop

I would like to thank you for the efforts you have made in writing this article. I am hoping the same best work from you in the future as well. Thanks…Canaan avalonminer 1246 90th

Thank you for some other informative website. The place else may just I get that kind of information written in such a perfect method? I have a venture that I am simply now running on, and I’ve been at the glance out for such info.https://monsieurpharmacien24.com/

I like your post. It is good to see you verbalize from the heart and clarity on this important subject can be easily observed…roofing contractors

I’m constantly searching on the internet for posts that will help me. Too much is clearly to learn about this. I believe you created good quality items in Functions also. Keep working, congrats!films en streaming

Your work here on this blog has been top notch from day 1. You’ve been continously providing amazing articles for us all to read and I just hope that you keep it going on in the future as well. Cheers!shopify bot

This article is an engaging abundance of enlightening information that is intriguing and elegantly composed. I praise your diligent work on this and thank you for this data. You have what it takes to get consideration.บาคาร่า

I love significantly your own post! I look at all post is great. I discovered your personal content using bing search. Discover my webpage is a great one as you.I work to create several content this post. Once more you can thank you and keep it create! Enjoy!know more

Really I enjoy your site with effective and useful information. It is included very nice post with a lot of our resources.thanks for share. i enjoy this post.slot24th

Really I enjoy your site with effective and useful information. It is included very nice post with a lot of our resources.thanks for share. i enjoy this post.เกมส์สล็อต mbk1688

Really I enjoy your site with effective and useful information. It is included very nice post with a lot of our resources.thanks for share. i enjoy this post.https://www.foxz88.win/

Awesome article, it was exceptionally helpful! I simply began in this and I’m becoming more acquainted with it better! Cheers, keep doing awesome!https://www.ufadna.win/

I haven’t any word to appreciate this post…..Really i am impressed from this post….the person who create this post it was a great human..thanks for shared this with us.https://www.ufascr.win/

This is my first visit to your web journal! We are a group of volunteers and new activities in the same specialty. Website gave us helpful data to work.https://www.i99club.win/

You there, this is really good post here. Thanks for taking the time to post such valuable information. Quality content is what always gets the visitors coming.https://www.i99pro.win/

Hello I am so delighted I located your blog, I really located you by mistake, while I was watching on google for something else, Anyways I am here now and could just like to say thank for a tremendous post and a all round entertaining website. Please do keep up the great work.คาสิโนออนไลน์ ugame66

Awesome article, it was exceptionally helpful! I simply began in this and I’m becoming more acquainted with it better! Cheers, keep doing awesome!https://www.ufadna.win/

I was impressed with the site that you created, so memotipasi many people to be more advanced, there also kunjugi me, as a comparisontorlock

I have added and shared your site to my social media accounts to send people back to your site because I am sure they will find it extremely helpful too.Amcham Guatemala Juan Pablo Carrasco Degroote